To enforce its mass deportation program, the Trump administration’s immigration advisors have proposed that the Department of Homeland Security double the number of people held in immigration detention centers to 80,000 per day. Such a massive increase in detentions will require the erection of a vast prison apparatus to house migrants who have committed the “crime” of escaping the violence and poverty of their war-torn home countries.

According to a February 23 USA Today report, several of the private prison companies profiting from immigrant detention donated heavily to Trump’s inauguration festivities. The report shows that GEO Group and CoreCivic each gave $250,000 to fund Trump’s inauguration.

GEO Group CEO Pablo Paez told USA Today that the corporation “does not take a position on or advocate for or against any specific criminal justice, sentencing or immigration policy” when asked about his donation to Trump’s inauguration. However, one industry analyst could not help but note that “the ICE picture bodes well for the private prisons.”

They certainly have reason to celebrate: Stock shares of the two biggest private prison operators—CoreCivic (formerly know as Corrections Corp. of America) and GEO Group—have doubled since the election of Donald Trump. These two companies, both real estate investment trusts, account for 85 percent of the private prison market in the United States. 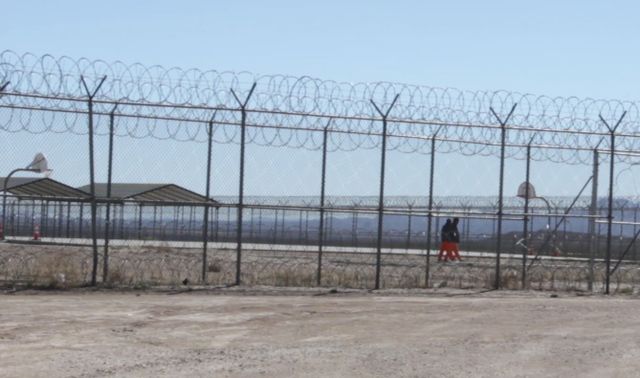 Shares have increased further since Attorney General Jefferson Sessions announced last week that the new administration would not reduce the Department of Justice’s use of private prisons. Sessions claimed phasing out private prison use would “impair” the ability of the government “to meet the future needs of the federal correctional system.”

As of November 2016, 65 percent of ICE detainees were being held in facilities run by for-profit prison companies. These companies make money by charging the government a per-detainee, per-night fee and depend on profits made from cost cutting for detainee services.

The language of the new memos outlines blanket policies targeting virtually all undocumented individuals and gives the for-profit prison industry reason to believe its services will be in high demand: “With extremely limited exceptions, DHS will not exempt classes or categories of removal aliens from potential enforcement.” The total number of people now targeted under these policies have been estimated at anywhere from 8 million to all 11.4 million undocumented immigrants living in the United States.

As outlined in documents handed down to top Homeland Security officials in late January, the various immigration institutions have been instructed to rescind programs that allow people to leave immigration custody and check in with federal agents or wear an ankle monitor while their cases run through the system. The new policy is to detain these individuals for future deportation at the discretion of the local ICE officials.

Plans for expanded detention are being devised by Trump’s top officials behind closed doors. To manage the immediate influx, the administration is sending migrants to two new facilities commissioned by the Obama administration before leaving office.

The first, Prairieland Detention Center in Alvarado, Texas, opened in November and can hold 700 immigrants, including a separate 36-bed unit for transgender individuals. The Obama administration arranged the opening of this facility through a no-bid contract with the Louisiana-based private prison corporation Emerald Correctional Management. The corporation manages six other detention facilities and has faced numerous allegations of mistreating detained immigrants.

The second, Folkston ICE Processing Center, is a 780-bed center that is set to open in the coming months in south Georgia. This facility, arranged through a no-bid contract with Florida-based GEO Group, will cost $116.7 million over the next five years. GEO has also been accused of neglect and mistreatment of detainees, including denying attorneys and families access at the Adelanto Detention Facility in California.

The opening of these facilities exposes the role of the many pseudo-left organizations whose growing nostalgia for the days of the Obama administration obscures the reality of the administration’s criminal role in paving the way for Trump. It is a testament to the profound depths to which the Democratic Party has plummeted that the Obama administration’s attention to identity within their barbarous prison system would be hailed as “progressive.”

The Obama administration carried out a widespread attack on immigrants over its eight years in office. In addition to deporting more immigrants than any other president in US history, the legacy of Obama includes laying the groundwork for a massive detention network within the United States.

There are currently over 200 immigration jails across the country at which the government detains hundreds of thousands of individuals each year. In 2013, the last year for which there is accurate data, 441,000 individuals were held by the government in these facilities.

The detention system operates under a congressionally mandated quota that requires ICE to maintain 34,000 detention beds at any given time. Under this policy, the profits of the for-profit prison corporations will be guaranteed. This policy, known as the “detention bed quota,” was introduced by Democratic Senator Robert Byrd under the Obama administration in 2009, a time when there was a Democratic Party majority in both the House and the Senate.

These facilities are infamous for their inhumane treatment of detainees, including inadequate access to medical care and legal services, lack of clean clothes, unregulated food service and reports of physical and sexual abuse, among many others. Since 2003, 167 people have died in immigration custody.

World Socialist Web Site reporters visited one such detention center outside of El Paso, Texas, called the West Texas Detention Facility. The center, which began taking immigration detainees in 2004, holds up to 1,053 immigrants. It is located in the desolate town of Sierra Blanca, which has a population of 553 and a poverty rate of nearly 30 percent. Located off the highway down a dirt road, the facility is surrounded by multiple chain link fences topped with razor wire and patrolled 24 hours a day by ICE vehicles. 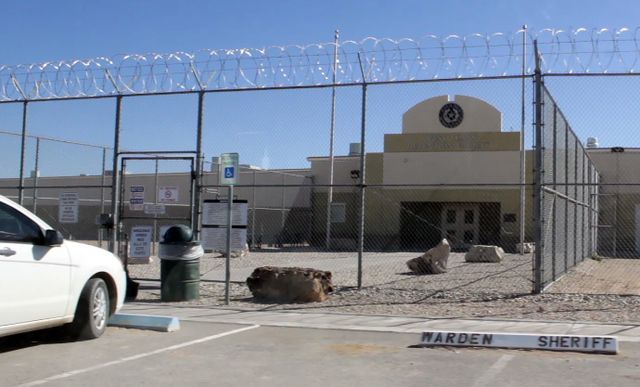 In order to reach a detainee by phone, one must call and leave a message with the facility with the detainee’s full name and identification number, known as their “alien number.” Money must also be added to the detainee's phone account as they are not permitted to make free phone calls. Only those individuals who are added to the visitation list by the inmate at the time of initial processing may visit at the designated visitation hours, which are limited, and separate for males and females.

A 2007 audit of the facility by the consulting firm Creative Corrections exposed deficient food services, a lack of detainee grievance procedures, mismanagement of storing and maintaining hazardous materials, lack of clean clothes and an inability of families to leave money or property for the inmates. Despite these documented charges, the audit gave the facility a rating of “acceptable.”

There is no shortage of detainment horror stories and cases similar to or much worse than the West Texas detention facility. There are some locations which have even gone as far as altering the rules to lower facility standards in order to stay open, as in the case of the South Texas Family Residential Center.

In 2016 a state court threatened that it would shut down the facility unless childcare was improved. In response, the jail attempted to lower its own standards for childcare by increasing the maximum number of room occupants and allowing unrelated adults to share bedrooms. In this way, the facility was able to continue housing children. The Texas Department of Family and Protective Services explicitly stated the standard was lowered to assist the Obama administration in executing its immigration policy.

The many barriers put in place to prevent oversight and the Spanish-speaking detainees’ lack of access to legal services means those allegations that end up being reported likely represent only a small fraction of the abuse migrants face in these jails.

The Obama administration was well aware of the conditions and crimes in the detention facilities which they insisted on filling. Even as many locations were forced to close over allegations of abuse or inadequate care, new contracts were simultaneously being drawn up and signed with the very same private prison companies running the shut-down facilities.

The massive system of for-profit incarceration, and the tools of repression which have been built up to sustain it, were forged long before Obama came to office. The 1980s and 1990s saw the introduction of for-profit prisons and draconian drug laws used to fill the new cells under the auspices of the “War on Drugs.” This growing apparatus was then expanded drastically under the “War on Terror” in the early 2000s. The Obama administration represents one link in the long chain of policies carried out by the American ruling class which have culminated in Trump’s executive orders.

These methods have today been turned against immigrants, one of the most vulnerable layers of the population. The fact that corporations could reap windfall profits on the mass incarceration of immigrants seeking to escape the violence and poverty of their home countries is a damning indictment of the capitalist system.