This week in the Russian Revolution

As the Tsarist Russian Empire buckled under the weight of World War I, the United States government prepared to enter the battle. From the eruption of war in 1914 between Great Britain, France and Russia, on one side, and Germany and Austria-Hungary on the other, the US maintained a position of formal neutrality—partly owing to mass anti-war sentiment among American workers and farmers. The neutrality became increasingly fictitious as the war dragged on, with Wilson’s diplomacy “a mixture of knavery and democratic piety,” in Trotsky’s words. Ever more openly, Washington supported Britain and France as American industry armed the soldiers of the Allies, and its banks financed their war. By 1917, the question of US entry was a matter of when, not if. 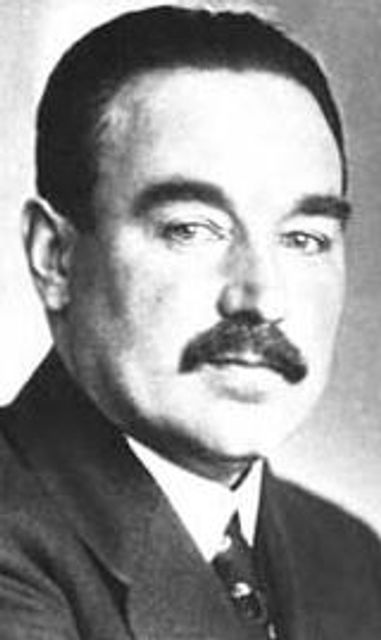 Alexander Shliapnikov, a leading figure in the Russian Revolution

The strike called by the Bolsheviks continues, while the Mensheviks call a strike to show support for the Duma, as it opens a new session at the Tauride Palace. Some 84,000 workers are on strike from over 50 different factories. Police attempt to arrest demonstrators, but the workers fight back.

While there was an initial collapse of strike activity after the outbreak of the war in 1914, workers responded to the increasing deprivation from the war economy with a growing strike wave. Between 1915 and 1916, the number of strikers in the Russian Empire increased from 539,528 to 957,075.

In early 1917, the wave of working class struggles reaches new dimensions, and the strikes become ever more political. Trotsky estimated that about 575,000 workers participated in political strikes in the first two weeks of February. From the beginning of the war, Petrograd has been the center of the strike activities: it is here that 72 percent of all the political strikes have taken place since 1914. Describing the tense mood in the working class in late 1916 and early 1917, Shliapnikov, a member of the Bolshevik Central Committee and former metal worker, later recalled: “Sometimes a whistle would be enough, or any kind of noise—the workers would take it for a signal to stop the factory.”

Washington and London, February 28: Germany and the US on the brink of war 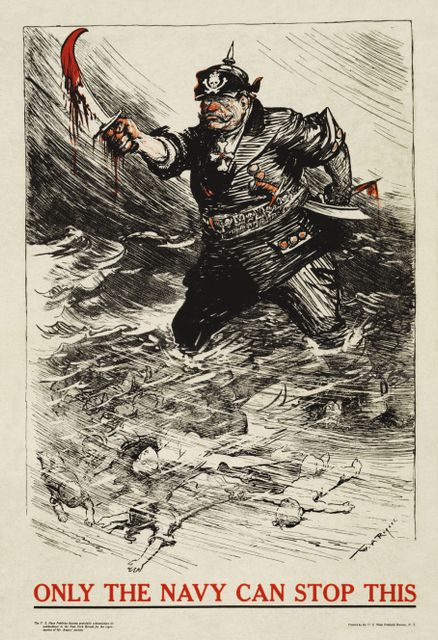 A US navy recruitment poster from late 1916

After the sinking of the British ship Laconia by a German submarine a few days earlier, the American and British press are filled with articles speculating about an impending war between the US and Germany. The Times of London states: “The fact that at least two American ladies perished would seem to bring the Laconia crime within the terms of what President Wilson warned the Germans would constitute ‘an unpardonable offense’ against American sovereignty.” The Daily Chronicle remarks: “If the Laconia case is not the overt act it is a little difficult to conceive what will be.” 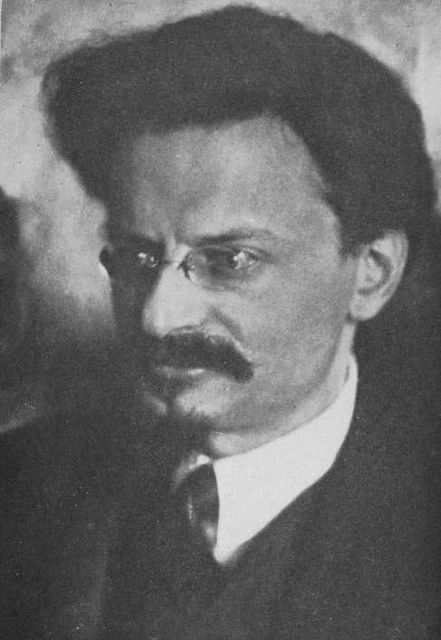 Amid a steadily worsening food crisis in the Russian Empire, the Petrograd authorities introduce bread rationing for the already starving population. Commenting on the role of hunger in the social crisis that eventually led to the revolution, Trotsky writes in his article “On the Threshold of Revolution” for the Novy Mir (New World): “In all warring countries, a shortage of food supplies is the most immediate, the most acute, cause of discontent and outrage among the masses. The entire madness of war is revealed to them most clearly of all from this standpoint: it is impossible to produce the means for living because it is necessary to create the weapons of death.”

In a calculated attempt to stampede the United States into war, President Woodrow Wilson releases to the public the full text of the Zimmermann Telegram, a decoded message from German Foreign Minister Arthur Zimmermann to the Mexican government. The telegram is an attempt to enlist Mexico in a war versus the US in exchange for the return of the American southwest, which had been ceded to the US seven decades earlier as a result of the Mexican-American War.

Crowds gather before the food shops in Petrograd, demanding bread. Many of them are women. A day later, bakeries are sacked in several parts of the city. Trotsky would later call these events the “heat lightnings of the revolution, coming in a few days.”

By this point, the war has claimed a total of some 1,700,000 lives. About 2 million men have been wounded, and 4 million more have been taken prisoner. Meanwhile, the war economy and the horrors of war bring ever worsening social misery to the civilian population.

These developments have a profound impact on the consciousness of tens of millions of workers and peasants. As Trotsky remarked in “On the Threshold of Revolution”: “In the broadest layers of workers, who perhaps had never before been reached by a word of revolutionary agitation, a profound bitterness toward the rulers had been accumulating under the influence of the war’s events. Meanwhile, in the advanced layer of the working class, a process of critically reworking the new events has been taking place. The socialist proletariat of Russia has straightened itself out after the blow which had been delivered by the nationalist fall of the most influential parts of the International, and has understood that the new epoch summons us not to softening, but to sharpening, the revolutionary struggle.”

San Juan, March 2: Puerto Ricans given US citizenship, made subject to draft 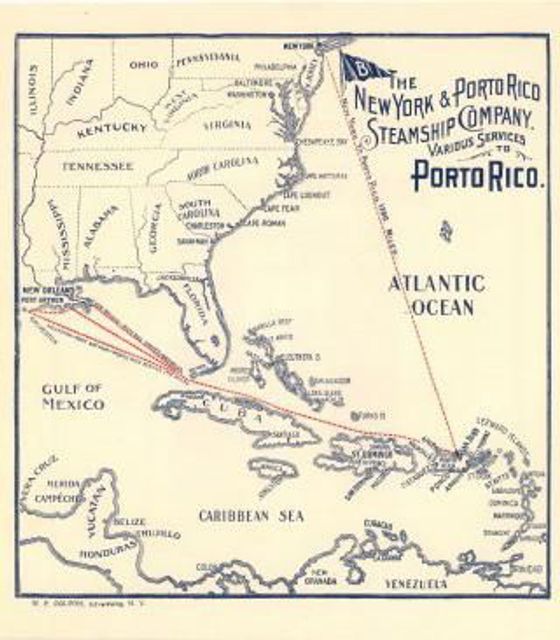 On March 2, 1917, the US Congress passes the Jones–Shafroth Act, making the population of Puerto Rico American citizens. Puerto Rico is an impoverished island nation on the eastern edge of the Caribbean seized by Washington in the predatory Spanish-American War of 1898.

As residents of a territorial possession, the new Puerto Rican citizens are not allowed to vote in presidential elections, and they are afforded no senators or congressmen. They are eligible, however, for conscription into the US military.

They can also now move freely to the mainland US. War in Europe has blocked the US from its traditional sources of labor, just as the American economy moves to a situation of full employment to meet the demands for war materiel among the allies—and as the US prepares to enter the war against Germany. 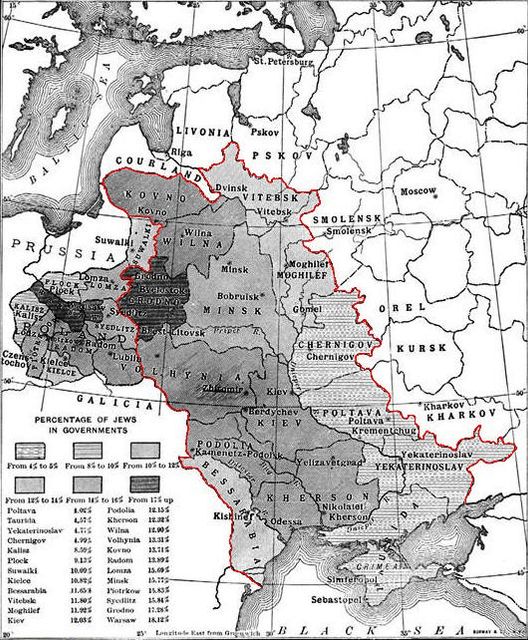 A report issued by the Joint Distribution Committee, representing several Jewish relief organizations operating in the US, announces that more than one-third of the estimated 7 million Jews in Europe’s belligerent countries “are entirely destitute and depend upon daily relief in the form of food to maintain life.” The report estimates that one-half of the 500,000 Jews in Warsaw, and one-half of the Jews in Lodz, are in absolute destitution. Conditions in Lithuania are similar.

The report, which seeks to raise private donations, states, “The Joint Distribution Committee realizes it will be impossible to save all the lives of those facing starvation. It is simply a question of how many lives are to be saved.” During World War I, hundreds of thousands of Jews from Eastern Europe fled the hunger and the massacres of the war and tried to settle in Germany and Western European countries.

The Tornado is believed lost. This is another 1917 John Ford film, Straight Shooting, with Harry Carey.

Bison Motion Pictures, a subsidiary of Universal Studios, releases the film The Tornado, the directorial debut of John Ford, who also stars in the film as immigrant-hero Jack Dayton, known as “the No-Gun Man” because he faces down villains without a weapon. Dayton saves a village from bandits and uses the bounty money to send for his mother (Jean Hathaway) from Ireland. Ford is himself the son of Irish immigrants, and in 1917 he is at the beginning of a long and prolific career. He will make nine more silent films in 1917, and 62 more by 1927.

Woodrow Wilson is sworn in for his second term as US president. Only the second Democratic Party president in the White House since the Civil War, Wilson owed his first victory to the split in the Republican Party between Theodore Roosevelt, who ran as a Progressive, and the incumbent president, William Taft. He wins his second term under the slogan “He Kept us Out of War.”

However, Wilson has no intention of keeping the US out of war. His inaugural address, like his decision to release the text of the Zimmermann Telegram, is designed to prepare the US for war. This Wilson couches in terms of liberal internationalism, which, he claims, has been violated by German depredations:

“Other matters have more and more forced themselves upon our attention—matters lying outside our own life as a nation and over which we had no control,” Wilson says. “As some of the injuries done us have become intolerable … We may even be drawn on, by circumstances … to a more active assertion of our rights…

“We desire neither conquest nor advantage. We wish nothing that can be had only at the cost of another people … [But] we are provincials no longer. The tragic events of the thirty months of vital turmoil through which we have just passed have made us citizens of the world. There can be no turning back. Our own fortunes as a nation are involved whether we would have it so or not.” 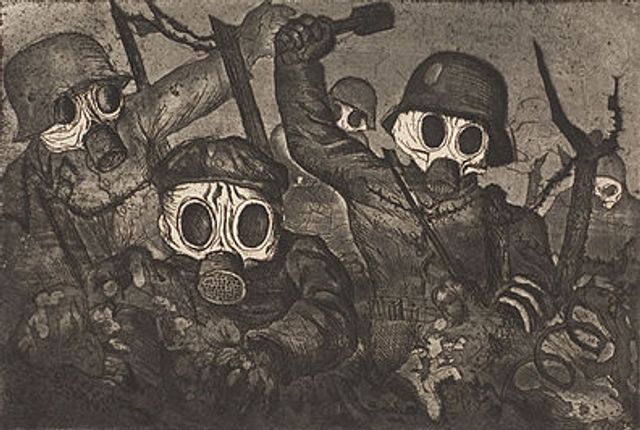 A renewed German offensive near Verdun makes inconsequential gains against well-entrenched French positions. The German military launches the offensive along a one-and-three-quarter mile front at Caurieres Wood after an intense bombardment. Heavy casualties are reported in the fighting, which is taking place at what is in essence a massive graveyard. The first Battle of Verdun, which lasted for nine months between February and December, 1916, claimed the lives of 300,000 men on both sides, and maimed many hundreds of thousands more.

Among the dead in the latest offensive is musketeer Ernst Schmidt, 32, of Karlsruhe. On February 10 he writes home that he lives in a dugout “7 meters underground [with] with rats, mice and lice,” according to a translation, “and not once able to wash or change” his clothes. His second letter home is written on March 5, the day he is killed.