Over the weekend, reporters for the World Socialist Web Site spoke with residents of the Dutch city of Venlo about the parliamentary elections to take place on Wednesday. Venlo is located on the German-Dutch border and has a population of 100,000. On Saturdays, thousands of people from neighbouring German cities, especially in the Ruhr area, cross the border to shop in the city.

There were no obvious signs that an election was about to take place. None of the political parties had set up campaign tables in the city, and only a few election posters were visible. Discussions with unemployed people, workers and students made clear that social concerns were the most important issues for the general electorate. Over a period of decades, but particularly since the financial crisis of 2008, social and democratic gains for which the Netherlands was known have been whittled away.

Today, the situation is similar to that in most other European countries. Relatively well-paying jobs in industry and other sectors have become rare, and low-paying jobs have spread like a plague. Social gains—pensions, health care, unemployment benefits—have been slashed, as has access to education. The real levels of poverty and unemployment are concealed by means of statistical gimmicks.

Due to its location on the River Maas, Venlo has developed as a logistics and transport centre. Goods of all kinds are transported from the port in Rotterdam by ship, truck and train to Venlo, to be distributed across Europe. The Netherlands is also known for its industrial-scale production of vegetables and flowers. 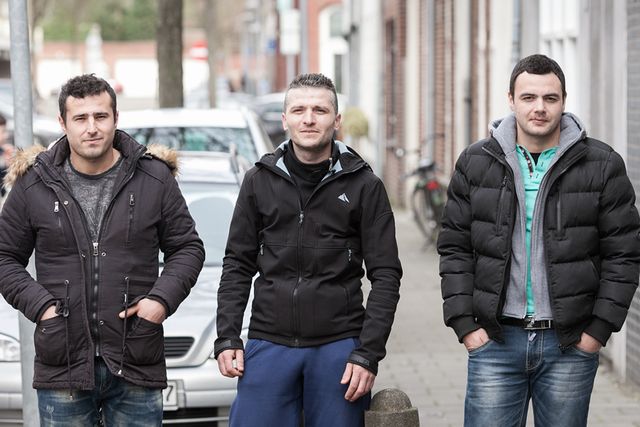 The WSWS spoke first with three Greek workers. Andreas (27), Dimitris (28) and Victor (30) come from the region around Thessaloniki and are employed for six months a year as seasonal workers in the Netherlands. “Many Greeks of our age are working here,” said Dimitris. “It is tough finding work at home in Greece, and if we do find anything, it pays a maximum of 700 euros a month.” In Venlo, they initially earn 7.50 per hour, and later up to 9.00.

Dimitris only recently came to the Netherlands. He did not know whether he would return to Greece after the season like Andreas and Victor. Victor was anxious to return to Greece, as his wife had given birth five months ago.

From the money they earn, they pay rent for a small apartment near Venlo. Two to three seasonal workers share a flat, which costs about 700 per month. After paying the rent, they must put aside money to live during the off-season.

“We have not heard much about the elections here,” said Andreas. “We are working hard, and we do not talk much with our Dutch colleagues. We have heard there are parties here that are against foreigners. But we have had no problems with right-wingers here.” 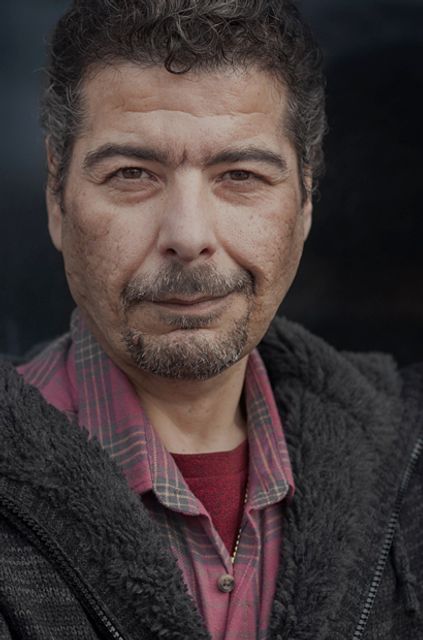 Aseel (43) is from Iraq and has been in the Netherlands for 15 years. He fled his home country shortly after the second US invasion in 2003. He lived in Amsterdam for a long time and now lives with his wife and two children near Venlo.

He had worked in Baghdad as an art editor for various media outlets. He has been unemployed for two years. “I have a health problem. I had a heart attack, and have stomach problems,” he said. “Now I live with my family on 1,200 a month. After paying the rent we have only about 500 left to live on.”

Aseel said a family with two children needed about 3,000 in the Netherlands to pay the bills and live relatively well. The money he received was completely inadequate. “My older son wants to study, which also costs money,” he said. “Today, I am here with my eight-year-old daughter. She asks why she cannot get Adidas shoes like her girlfriends.”

Aseel has a Dutch passport and could vote, but chooses not to. “I do not trust any of the parties here,” he said. “Nobody is doing anything for the poor, and all of them are against Muslims. That is why I find it even harder to find work.”

He responded angrily when asked about the letter published by Prime Minister Mark Rutte from the right-wing People’s Party for Freedom and Democracy (VVD) at the start of his election campaign. In the letter, published in seven daily newspapers, Rutte demanded that “foreigners and Muslims act normal or go.” Aseel asked, “Where should foreigners go?”

He had been with his family in Baghdad just two months ago. “I cannot go back there,” he said, “it’s very, very dangerous there”—especially for those who come back from Europe.

“My brother worked for many years as an engineer in Germany, in Duisburg,” he continued. “When he went back to northern Iraq after finding a good job there, he was kidnapped and ransom money was demanded. They all believe that if you come from Europe, you have a lot of money.” Aseel had no idea what to do next.

Jan, an older shift worker in the metal industry, said he would vote for the far-right Party for Freedom (PVV) led by Geert Wilders because he was “dissatisfied with all other parties.” When asked why he was dissatisfied, he answered immediately, “They take everything away from us.” When asked who was “they,” he responded, “Well, the banks and corporations. They have the power to determine what is happening with jobs and wages.”

When we drew attention to Wilders’s xenophobia, Jan relied: “Refugees must be helped, that is clear. But we cannot provide for the numbers we have now. It costs money that they take from us.”

He was particularly concerned with restrictions on health care. His own out-of-pocket costs had risen sharply. “I pay 385 a year for myself and my wife,” he said. “That’s manageable, but the monthly premiums for health insurance are also rising steadily.”

He complained that everyone now pays the same share of health costs. “I pay just as much as someone who earns 100,000 and more,” he said.

Such are the social issues affecting millions of people that, in the absence of any progressive policy from the so-called “left” of the political establishment, a section of the population has been driven into the arms of the far right. 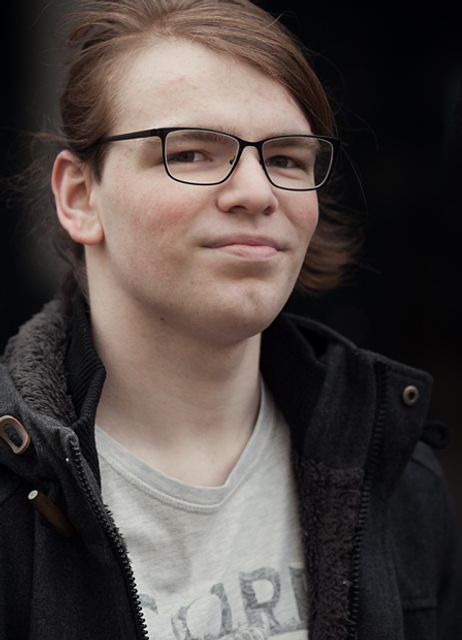 Pim is 18 and still a student. Four days before the election, he said he did not know for whom he should vote. “In an online test, I was right in the middle between left and right parties,” he said. He wanted to take a closer look at the various party programmes, particularly on the question of education.

“We now have study fees here,” he told the WSWS. As a student, he already paid 200 to 300 a year for excursions and educational materials. “But as a full-time student, I have to pay up to 120 a month and, in addition, about 30 for health insurance.”

He already works in a café to help pay for his studies. “Nearly all of the youth are working part-time, especially at the weekends,” he said. He is paid 4.42 per hour, which is more than the statutory minimum wage for 18-year-olds.

In the Netherlands, there is a minimum wage for workers over 23 and a staggered minimum wage for those under 23. For an employee aged 23 or older, full-time employment pays 1,551.60 per month. Depending on the amount of work (upon which the wage is dependent), this is between 8.96 an hour for a 40-hour week and 9.95 for a 36-hour week.

Pim said, “In the summer, I worked at Océ,” a subsidiary of Canon, with headquarters in Venlo. “I earned 5.50 per hour.”

He was also concerned with the growth of militarism. “The danger of war is also an important issue for me,” he said. “The wars must finally stop. Instead of waging wars that turn millions into refugees, people should be supported in the crisis areas.”

Pim considered Wilders to be a danger. “He’s creepy,” he said. “He wants to throw out all foreigners.” But Pim noted that the agitation against immigrants was not limited to Wilders. “All the parties are against foreigners, even the left, like the Socialist Party,” he said.

Pim continued: “We should treat all people alike. I am for allowing everyone to come to the Netherlands. Of course, the refugees have a different culture. But that does not mean we cannot live together peacefully.

“It’s the same thing all over the world. In the United States, in France, wages and social benefits are being wiped out and the far right is exploiting it politically.”