Border Patrol officers arrested an extended family of mixed citizenship status Thursday, March 23 in Geneseo, New York. The family was on their way to church when a Geneseo Police Department (GPD) officer pulled them over for a traffic violation on the campus of the State University of New York at Geneseo (SUNY Geneseo). Much of the evening’s proceedings were captured on video .

The family consists of two women from Guatemala, one of their brothers, and five children, all of whom are US citizens by virtue of their birth in the United States. During the arrest, the extended family requested that the US citizen children be released to the care of a family friend, but Border Patrol took the entire family to be processed in Rochester anyway.

The US-born children, one a two-month-old infant, were released late Thursday night after an hours-long traumatizing experience. One of the women was already in the immigration system, and the other woman and her 12-year-old brother were released after being processed by immigration officials in Buffalo. Any deportation would tear the family apart and their long-term fate is yet uncertain.

This photo essay depicts the arrests, which took about three hours in Geneseo, and protests in Geneseo and Rochester. 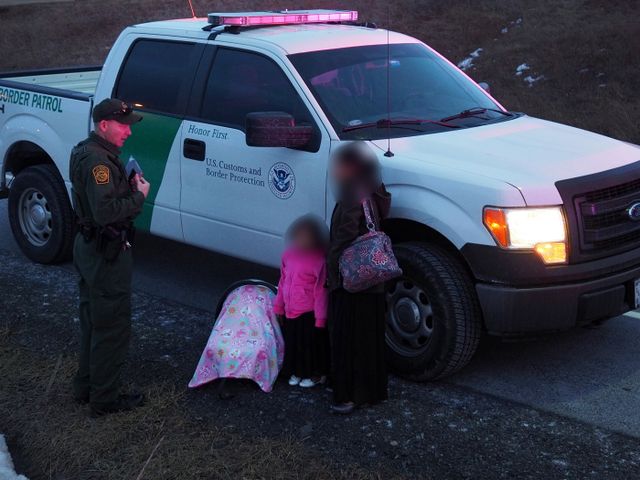