Last month the Meat Workers Union pushed through a pro-company contract at Taylor Preston meat processing factory in Wellington, affecting some 400 unionised workers—almost half the workforce at the site. Before union members voted on it on April 7, they were only given a half-page summary of what is a 16-page document.

The reason for this is that the full text of the collective agreement demonstrates that Talyor Preston workers were being lied to by the MWU, when it told them it was “a major step forward.” The agreement, in fact, maintains the insecure status of workers and gives sweeping powers to the company.

Had workers known the full content of the deal, it is highly likely they would have rejected it. As it was, the MWU struggled to convince its members to support the agreement and many have condemned it (see: “New Zealand meat union pushes through pro-company deal at Taylor Preston”). 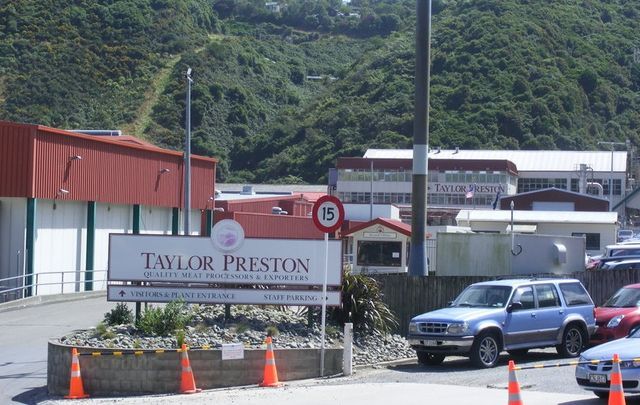 The new deal includes a pay rise of just 70 cents an hour for the majority of union members. A new employee will start on $16 an hour, 25 cents above the legal minimum wage, for the first 12 weeks. Many workers, including some who have been with the company for decades, will get just $16.80, rising to $17.15 in 2018. The top rate is $21.20. There are additional small allowances for supervision and some other tasks.

There is no extra pay for night shift or weekend work, and no back-pay for the past 12 months since the previous agreement expired.

Nothing in the agreement is guaranteed. The document states that “the terms and conditions of this agreement may be varied during its currency by mutual agreement between the parties.” Employees, it states, must accept “major changes to work practices, processing methods or plant organisation” if required, provided that the company “consults with the employees and the union.”

The MWU agreed “that the company, as a major regional meat processor and exporter, must remain profitable and competitive. This in turn requires... a committed workforce, and a flexible and innovative approach to problem solving and industrial relations by all concerned.”

In other words, Taylor Preston and the MWU can alter working conditions at any time over the next two years to protect the company’s profits, at workers’ expense.

In addition to paying poverty wages, the company asserts the “right” to lay off workers and cut hours at any time. Workers are classified as “seasonal employees,” meaning they can be stood down every year for a month or longer when stock numbers decline and forced to rely on family or the government’s meagre welfare payments.

The agreement says “hours of work each day shall be set by the company according to the operational requirements for each department” and the company “may cancel or remove work with 24 hours’ notice.” Sometimes, however, workers have been sent home early with only a few hours’ notice. Workers can be laid off at the end of the season with just one week’s notice.

During the first 90 days of employment, a worker can be dismissed without any reason given, under draconian “trial period” laws enacted by the government.

The agreement includes only five days’ paid sick leave per year, which can only be claimed after six months’ continuous service. This clause means workers are often forced to use up a substantial portion of their annual four weeks’ leave when they fall ill or are injured.

Such insecure conditions make it extremely difficult for workers to make ends meet, particularly during periods of drought or seasonal downturn. When stock numbers are high, workers put in long hours to compensate for their low pay, increasing the risk of fatigue-related illness and injuries, which are common throughout the meat processing industry.

The Meat Workers Union had not carried out a strike at Taylor Preston in the 10 years prior to the recent dispute. It limited industrial action to a ban on overtime and weekend shifts. This lasted two-and-a-half months and was designed to wear down and divide the workers. Some reportedly left the union during the dispute because they were unable to survive on a reduced income. Production, however, was relatively unaffected.

The union made no attempt to involve other factories, where workers are facing similar attacks. It sought to completely isolate the Taylor Preston workers by making almost no public statement on their industrial action, aside from one brief mention in a blog post on February 24. Only the World Socialist Web Site and the Socialist Equality Group in New Zealand consistently reported and commented on the dispute.

The unions claim that low wages are the fault of workers refusing to join. This is a lie. In every industry, the union bureaucracies work hand-in-hand with corporations and the government to impose sell-out agreements that keep wages down. They have the audacity to call these agreements a “major step forward,” while hiding the details from the workers.

Taylor Preston has some of the most exploitative and low-paid jobs in the country, but these conditions are far from unique. The MWU has supported continuous wage cuts and thousands of redundancies throughout the industry over the past three decades in the name of protecting profits.

The MWU national membership has dropped dramatically over the past five years, from 18,100 in 2011 to 13,550 in 2016. Across all unions, membership has plummeted to 17.7 percent of the country’s workforce, compared with about 40 percent in 1970. Hundreds of thousands of workers, especially young people who are among the lowest paid, see no reason to join these pro-capitalist organisations.

There is an urgent need for a fightback against the assault on living standards by big business and successive Labour and National Party governments. As the contract imposed on Taylor Preston workers illustrates, this fight cannot take place without an organised rebellion against the unions.

In opposition to the attempts by the union to divide the workforce, union and non-union workers at Taylor Preston should come together and discuss establishing a rank-and-file factory committee, under their democratic control and independent of the MWU. An appeal should be sent out to other meat works, factories and workplaces, in New Zealand, Australia and internationally, for a unified struggle for the working conditions and social rights of all.

The fight for the independent interests of the working class is inseparable from a political struggle against capitalism and the rejection of the nationalism and racism that is used by the unions, the Labour Party, the Greens, New Zealand First and the Maori parties to divide workers from one another. The working class needs a new political party, based on socialism and internationalism.

The Socialist Equality Group calls on workers across New Zealand to take the necessary decision and contact us to apply to join.