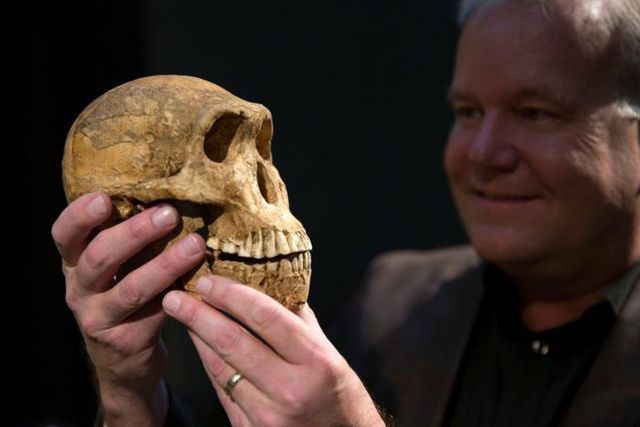 Initially, the researchers who discovered and analyzed the skeletal remains of at least 15 individuals of this previously unknown species, which were found deep in a cave located roughly 50 km (30 miles) northwest of Johannesburg, South Africa, thought that it was a very early member of the genus Homo. Based on evolutionarily primitive characteristics, including a small brain, but also some more progressive features, such as long leg bones, the scientists thought that the fossils could date to as much as 2.5 million years ago. This would place H. naledi among the earliest members of the genus, roughly contemporaneous with Homo habilis and predating Homo erectus.

However, the lack of an independent dating method was problematic. Dating based on anatomical characteristics alone can only provide a very broad approximation of a specimen’s age, especially when considering a relatively poorly understood taxon (an evolutionary group of related species), such as hominins. Another discordant note was the condition of the bones, which were barely fossilized. Remains of individuals who died over 2 million years ago would be expected to have undergone a high degree of fossilization (i.e., mineralization).

Now, one of three articles on H. naledi in the open-source publication eLife reports that radiometric dating of the cave sediments within which the bones were found as well as of three teeth indicates that this species existed much more recently, up to at least between 236,000 and 335,000 years ago. The assays were run separately by several independent laboratories, thus supporting the validity of the results. This finding indicates that primitive members of the genus Homo continued to exist alongside more advanced forms for hundreds of thousands of years, contemporaneous with not only Homo erectus, but even Neanderthals and, possibly, early Homo sapiens (our own species). This implies that human evolution remained “bushy” (i.e., with multiple, coexisting branches) until relatively recently.

Along with the late persistence of another primitive species of Homo, H. floresiensis, the so-called “hobbits,” in Indonesia, which existed as recently as 50,000 years ago, this new dating of H. naledi raises many intriguing questions about how the dialectic of technology, environment, and physical and intellectual development played out in human evolution. 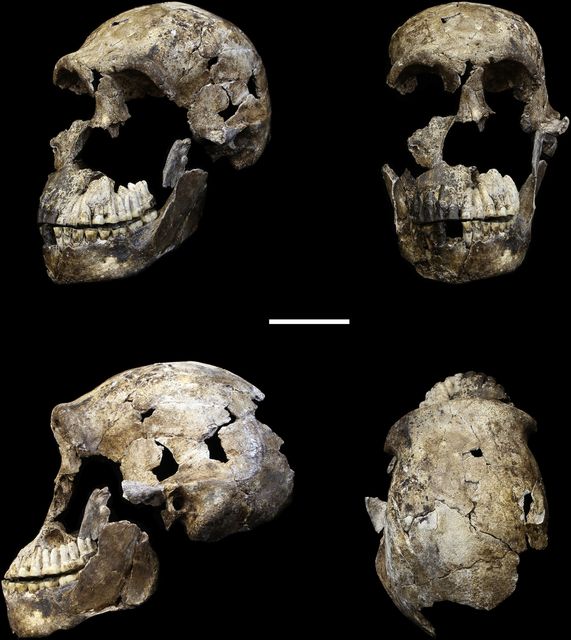 Some anthropologists have thought that once hominins (humans and their ancestors, as distinct from other apes) began to rely to a significant degree on technology for survival, the forces of natural selection would increasingly tend to “focus” evolution more on cultural rather than physical adaptation. This, known as the “single species” hypothesis, proposed that human evolution tended to be unilinear rather than multilinear. This is contrary to the predominant pattern of evolution in which organisms tend to differentiate physically in order to adapt to particular ecological niches as they spread geographically.

Increasingly, however, the discovery of these and other human variants (e.g., Dmanisi) suggests that, at least until relatively recently, there were multiple ways of being human. Just because some lineages made advances in their physical, intellectual, and technological characteristics, other more primitive modes of adaptation were not automatically superseded. Instead, it now appears that multiple forms of humans, with varying degrees of biological and cultural development, coexisted for hundreds of thousands of years; the newer forms simply occupying different ecological niches than the older ones.

Most likely, there were varying levels of competition and adjustment of territories and adaptations between hominin groups, as there are between other species. That is the normal dialectic of evolution.

This does not necessarily imply that physical aggression was involved, though that cannot be ruled out in all cases. Rather, the more progressive forms may have had greater flexibility in their adaptations and were more able to accommodate change and exploit a wider range of resources with greater effectiveness than the less advanced ones. However, the actual evolutionary dynamic that occurred between various human populations is yet very poorly understood.

In some cases, actual extinction of particular populations may have occurred, as is most likely for the Indonesian “hobbits.” In others, such as the interactions between the Neanderthals and modern humans, in which there was sufficient genetic compatibility (i.e., the groups were not fully differentiated species), melding of the two populations rather than extinction was the outcome.

A second paper, also published in eLife, reports on 131 additional H. naledi specimens, representing a minimum of three individuals. These were recovered from a different part of the cave system from that where the original fossils were found. This group includes the remains of one of the most completely preserved fossil humans recovered anywhere. It exhibits a similar mix of primitive and advanced traits as were found in the first find, re-enforcing the interpretation that human evolution involved a mosaic of adaptations, rather than a uniform configuration at any given time.

The degree to which human evolution involved actual speciation—separation into reproductively isolated groups due to genetic incompatibility—or was characterized by a continually evolving set of dispersed and genetically diverse populations which, nevertheless, maintained some degree of gene flow, and did not divide into separate species, remains an open, and very important question. The lead article in eLife (Berger et al) presents the interpretation that “H. naledi representing a survivor from the earliest stages of diversification within Homo.” Without DNA from H. naledi, the genetic distance between them and other human groups cannot be judged.

The coexistence of groups of humans with widely different physical characteristics, including significantly different brain sizes—H. naledi had a cranial capacity of less than half that of modern humans—raises a further question. What were the relative technological capabilities of these various groups, whether distinct species or not? Unfortunately, ancient sites often contain either stone tools or skeletal remains, but not both. This makes it difficult to correlate who made what. No stone tools have yet been found in association with H. naledi. Then again, only mortuary sites are known.

As is usually the case in science, new discoveries answer some existing questions, but raise many more.