Feeling sorry for oneself is a miserable starting-point for any artistic or dramatic endeavor. Furthermore, it is impossible to present an honest, objective picture of the world when one’s overriding goal, at any cost, is to “get ahead.”

The 10-episode first season of Dear White People has the aim of exposing the supposedly oppressive nature of “whiteness” at Winchester University. It is obvious from the choice and arrangement of incidents that the creators mean to refer to events that occurred at Yale University (and other institutions, such as the University of Missouri) in the autumn of 2015.

At that time, a series of protests by a section of black students erupted in response to a number of isolated and anecdotal episodes. There were no reports of racist rallies or any similar activities. Claims that the white student population or the white population in America as a whole was seething with racial animosity were false and politically motivated.

The participants in the protests for the most part came from privileged social layers. There was nothing progressive about their demands, which included calls for separate “safe” spaces for African American students, more black faculty, more money for Africana studies and so on. The protesters had no difficulty with the Obama administration, its murderous violence overseas, or the growth of vast social inequality and poverty in America. 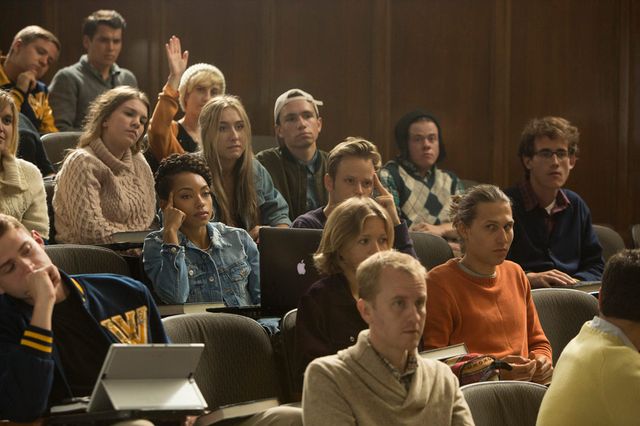 The series, narrated by Giancarlo Esposito, opens with a “black face” party at Winchester hosted by the white editors of a student satirical magazine. This offensive event prompts Samantha or Sam (Logan Browning), the central character, to launch a radio program called “Dear White People.” One of her first messages: “Dear white people: Our skin is not a weapon…you don’t have to be afraid of it.”

A good deal of the show’s time is spent focusing on the various factions (and social types) to be found within the university’s black student population: the aggressive Black Student Union (BSU) led by Sam; the more passive African American Student Union, which “does nothing and takes the credit for the work of the BSU”; the Black American Forum, made up mostly of spoken-word artists, who throw good parties; and the more establishment, NAACP-like Coalition of Racial Equality, led by Troy (Brandon P. Bell), the son of a dean and soon to be elected student body president.

Sorry to say, gradations of blackness (the accepted term is “colorism” or “shadeism”) within the “POC” (people of color) community itself shape and dominate much of the series’ dialogue. Being light-skinned perhaps may help account for the strident tenor of Sam’s radio broadcasts, as overcompensation for her own supposed “light-skin privilege.” (A friend to Sam: “You get away with murder because you look more like them [i.e., whites] than I do.”)

Not considered “woke,” i.e., sufficiently conscious, white students sympathetic to the cause of their black classmates are not given any slack. As one student newspaper headline asserts: “Ebony and Ivory—Total Disharmony.” Sam’s boyfriend Gabe (John Patrick Amedori) is white. As this relationship does not jibe with Sam’s politics or persona, she initially tries to keep it a secret. When she is “outed,” Sam is warned not to “fall in love with your oppressor.”

Nonetheless, she brings Gabe to a soirée at the all-black residence, AP House—considered a “safe space.” The encounter does not go well, and by the end of Season 1, Gabe turns out to be something of a spineless dud who can’t possibly keep up with those who believe that “sometimes being carefree and black is an act of revolution.”

In any event, one already knows in advance that a black/white relationship is doomed in Dear White People.In essence, the series shamefully advocates racial segregation and separation. Its creators ignore social realities in America, and not only in this regard. 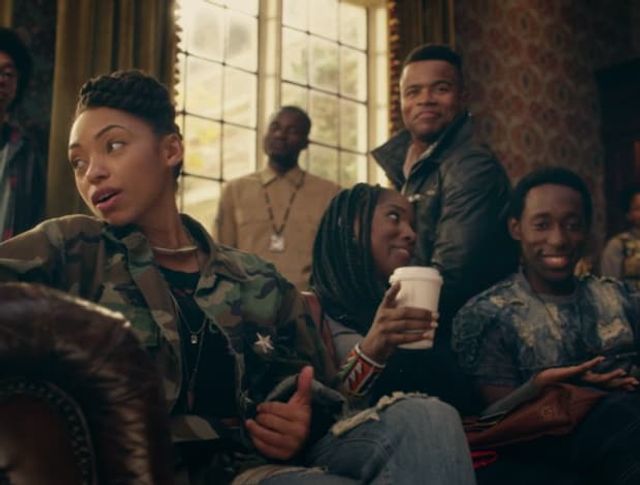 According to a recent Pew Research center survey, the percentage of interracial marriages has increased more than five times in the US from 1967 to 2015. In metropolitan areas, nearly one in five people are now married to someone of a different race or ethnicity.

Pew refers to a “dramatic dive” in the share of nonblacks who would oppose a relative marrying a black person, from 63 percent as recently as 1990, to 14 percent today. Interestingly, and we no doubt have reactionary racial politics to thank for this, blacks (18 percent) are more likely today than whites (9 percent) and Hispanics (3 percent) to say that “more people of different races marrying each other is generally a bad thing for society.”

The grievances of the black students at Winchester in Dear White Peopl e are primarily petty and selfish. Protest against campus cops pointing their guns at a black student is entirely legitimate, but police violence on college campuses is ultimately a social question, involving the effort to intimidate and suppress political opposition. Nonetheless, we are told: “If we double down on our blackness, they double down on their bullets.” Police abuse or brutality never strikes at Winchester’s white students.

Rather disgustingly, Dear White People Season 1 culminates in a campus meeting with the administration at which it is made known to the horror of the assembled black students that plans are afoot to integrate AP House, threatening what they call their “self-segregation.” Back to the mid-20th century! What an advance!

The series is not drawn for the most part from life. The protagonists are schematic “types,” the pat “fleshing out” of the creators’ retrograde social conceptions. The dialogue and drama are correspondingly limp and unconvincing. When racial controversy is not exciting the various characters, their concerns and conversation are almost unrelievedly banal. And there is no compelling reason to believe that Dear White People will suddenly come to life artistically.

This is not to say that no social reality emerges from the series, it is simply not the reality the creators have in mind. This much is true to life: the petty bourgeois layer in question has zero concern for the pressing social questions that affect the mass of the population of all ethnicities and backgrounds, such as war, dictatorship, poverty—and student debt. This upper-middle class crowd aspires to penetrate the “inner, inner circle” of power and privilege. While caricature is at work instead of psychological or social insight, the overall feeling accurately enough captures the social element and its outlook: self-pity in the service of social climbing. 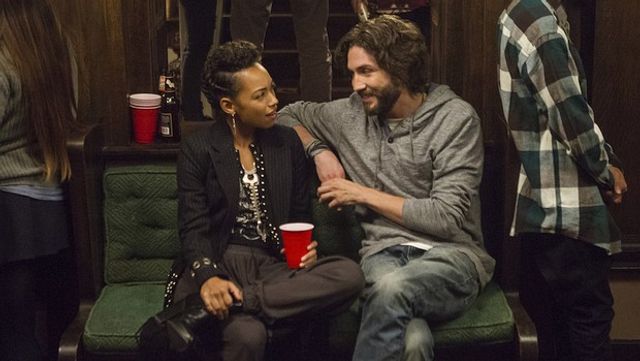 That Netflix provides Dear White People with a wide platform, and that the critics express near-unanimous approval, is an indication of the indispensable ideological-social role that identity politics performs in defense of the status quo.

On this score, Simien lets the cat out of the bag in an interview with the Daily Beast, in which he claims, by implication, that the election of Donald Trump was the product of intractable white racism. Simien asserts that everyone “is very aware that, not only do we have a race problem, but it’s so pervasive that it affects national and global politics on a scale that I don’t think a lot of people imagined…We wrapped production on November 8th, so we knew we were in a different time already, but I don’t know that we knew how bad it was. Again, I think black people had an idea, we knew that people were racist and there were lots of issues in the country, but I don’t think people saw a direct link between racism in America and destabilization on a global political level. I don’t think people were able to make that connection until this election.”

Assuming that Hillary Clinton would be president, Simien apparently had to process his despair at the election results: “I was really going through the stages of grief.” Presumably, a Clinton victory would have represented a blow against racism in America and also stabilized global politics. After all, as he states, “well-minded liberal people wanted to believe that we were past racism because we elected Obama twice.” The fairy-tale Obama presidency has been replaced by the Trump nightmare. So it goes for those whose sole preoccupation is with race.

Having subjected herself to five hours of Dear White People, this reviewer is ready with her own personal missive …

Your concerns and preoccupations are not my fascination. I find your conformism almost supernatural. You embrace every element of the system except its alleged neglect of you. Your hero Obama is a war criminal and Wall Street lackey, who now shamelessly hobnobs with the parasitic moneyed aristocracy. Your tacit brief for racial separation is repugnant and runs counter to the experiences and sentiments of the overwhelming majority of the population, black, white and immigrant.

By the way, I would recommend the television series Black-ish as at least a partial antidote to your obsessions. At its best, it mocks the racialist approach to life and the stereotypes and delusions you do so much to reaffirm.