Anger has continued to grow among workers over the conditions that led to the fire at the Coolaroo recycling plant in Melbourne’s north, which broke out on July 13 and blanketed large areas of the city in toxic smoke and ash.

At least 115 households were forced to evacuate their homes for 24 hours due to smoke from the fire. Five people, including one child, were hospitalised with smoke-related conditions, and many others have been treated for asthma or developed other breathing difficulties. Up to 100 firefighters managed to bring the massive blaze under control only by last Saturday, and it has continued to smoulder among the compacted recycling materials in the factory ever since.

Workers complain of their homes and cars being covered in dirt and ash, smelling of burnt plastic. The state Environmental Protection Agency was forced to issue a notice to residents on July 20, warning them to stay away from local waterways, which have been poisoned by the runoff water used to fight the blaze.

On Thursday evening, around 100 people attended a meeting at the Coolaroo Hotel, called by the legal firm Madden Lawyers, to discuss a class action against SKM, the plant’s private operator. The suit was filed yesterday in the Victorian Supreme Court and has already been joined by more than 100 people.

While the meeting was called to discuss the legal aspects of a suit against SKM, many workers in attendance expressed outrage at the failure of government authorities to take any action against the company over the past years. When a speaker noted that there had already been three fires at the plant in 2017, residents shouted back the correction: “four!” Many residents demanded to know what could be done to force the plant to close.

The fire has revealed the contempt of the entire political establishment, from local council authorities and environmental agencies to both major parties at the state and federal level, for the lives of the working class population, and the impact of the subordination of every sphere of social life—including trash collection—to the profiteering of private corporations.

The same indifference of the ruling elites to the lives of the working class all over the world was expressed in the recent catastrophic Grenfell Tower fire in London, in which an untold number of people were killed because the building had no sprinklers or fire alarms, and had been fitted with cheap and combustible external cladding.

The fire at the SKM plant was no isolated accident. Firefighting services have been called to the plant nine times in the last five years, including four times this year alone, three times in 2015 and once in both 2012 and 2013. A large blaze in February sent plumes of acrid smoke over nearby suburbs. Just a day before the latest fire, another small fire had occurred inside the plant. Yet SKM has been allowed to continue its operations, providing an ongoing source of revenue to local governments.

The Coolaroo plant was opened in 2005, after SKM won a contract to supply recycling services to nine local councils. While previously, companies had charged councils for recycling collection, SKM offered to pay to collect the recyclables, which it processes and sells on the world market. The plant now services 14 local government areas and processes up to 500 tonnes of materials every day, collected from up to 1.2 million residents.

That the plant was able to open and operate in a residential area in the first place, expresses the indifference of authorities for the lives of ordinary working people. Coolaroo is part of Broadmeadows, a former industrial area that has been devastated by decades of layoffs and restructurings overseen by the trade unions. Almost one in four people are officially unemployed in the area.

On July 15, the state Labor government of Daniel Andrews, in an effort to divert attention from its own failure to ensure basic safety standards, announced a “joint task force” to conduct safety audits of recycling plants. These will involve the Environmental Protection Agency, Emergency Management Victoria and fire-fighting services.

The EPA likewise made a publicised visit to SKM’s plant at Laverton, in Melbourne’s west, and found numerous safety violations. The Sunday Herald Sun reported that it had “received multiple complaints over the storage of excess waste at the Laverton site. Photographs taken yesterday show mountains of recycling bales stored beside vehicles in an employee carpark.”

World Socialist Web Site reporters attended the Thursday meeting and spoke to residents, who described how their complaints had been ignored over years by the EPA and local government.

Julie, who lives in a housing commission flat one-and-a-half kilometres from the plant, caring for her 88-year-old mother, said she had been complaining for years about the noise levels caused by its operations. “I didn’t know where the noise was coming from and I couldn’t get any answers from the EPA or council, so I eventually did my own research, following the railway line until I found the source of the noise,” she said. 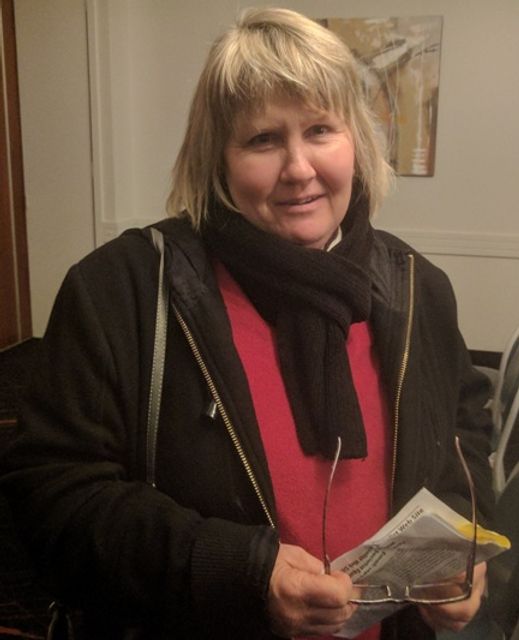 “Every time the EPA agreed to come out, there was always another excuse. It dragged on for years. I gave up in the end. It’s the sound and the smells, of wet, damp newspaper. We’ve got trucks going in and out throughout the night. My bedroom faces the factory. I have to sleep with silicone [plugs] in my ears,” she said.

Julie’s efforts were ignored by authorities. “The council didn’t want to know. I rang them many times. It got to a point where you’re given a reference number and they close it off before anything is done. It’s because they’re involved. There are over a dozen councils involved in recycling at that plant. Nobody wanted to listen to me. The Health Department of the Hume Council is a joke. They sent me a ‘noise diary.’”

“Because of the area I live in, they think, ‘oh, it’s only Broadmeadows, let it go.’ How can we have industrial and residential cohabiting with no problems? This would never happen in a wealthy suburb.”

Julie noted that those families affected by the Tullamarine toxic dump had complained for more than two decades about the effect of toxic chemical waste leakage and pollution in nearby residential areas. It only closed down in 2008.

When a World Socialist Web Site reporter noted the international implications of the Grenfell Tower fire, which had revealed the consequence of the class gulf between rich and poor in every country, Julie noted: “It’s the same thing. It’s wrong. It’s an attitude everywhere: ‘I don’t care. I’m making a lot of money.’”

“I’m a Labor voter and they’ve been sitting comfortably for too long. They know how we’re gonna vote, so they coast along. It used to be a Labor Party. It’s not anymore. It’s all changed. Even the unions are not about what they used to be. It used to be about the people. An eight-hour working day. Well that doesn’t apply now, does it? It’s all gone.”

Jackie, who was one of the residents evacuated last Friday, told WSWS reporters: “On Thursday night, at 10.50 p.m., I received an SMS from the fire services that we should evacuate. How could I do that with my mum at that time of the night? Then we received another evacuation message in the morning. I have a car so I was able to take my mum to an aunt’s in Reservoir.” 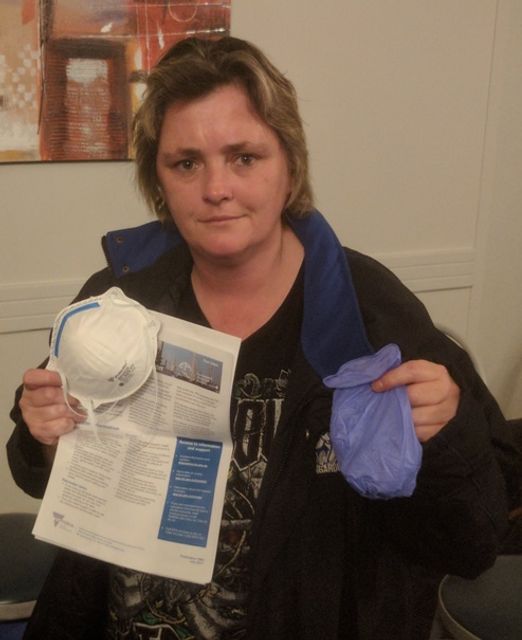 “As a result of the smoke, my mum has an upper respiratory infection. She also suffers heart palpitations—she rarely gets them, but she has got them again. On Saturday I ended up going to the Northern hospital. I was getting really red in the face and sweating all the time.”

Jackie contemptuously referred to the “cleaning items” she had been provided by the council. Showing WSWS reporters the items she had been given, she noted: “On Monday the council came around and gave us a pair of rubber gloves, and a mask and some instructions about how to clean the house. I was so angry, what a joke. There was smoke and dust everywhere.”