Four busloads of riot police flooded the affluent suburb of Clayton, in St. Louis County, Missouri, Wednesday evening as protests entered their sixth day over the acquittal of police officer Jason Stockley for the 2011 murder of Anthony Lamar Smith.

Organizers had advertised a decoy protest in downtown St. Louis, where reports indicate about one hundred people gathered in an effort to distract the police. The real protest was taking place several miles west of the city in an upscale shopping district on Brentwood Boulevard in Richmond Heights, where over three hundred people gathered.

In an overwhelming show of force, hundreds of police in full riot gear marched into the area almost as soon as the demonstration began around 5:45 p.m.

The protest drew families, youth and workers of all races and ethnicities. They chanted “Indict! Convict! Send those killer cops to jail! The whole damn system is guilty as hell!”, “They think it’s a game, they think it’s a joke” and “For Anthony Smith and Michael Brown, shut it down, shut it down.” Families pulled children in wagons who held handmade signs denouncing the violence and corruption in St. Louis.

When the demonstration began, the crowd stood motionless on Brentwood Boulevard for six minutes, a minute for each year between when Anthony Lamar Smith was killed and when his killer, Stockley, went to trial.

When the crowd of demonstrators entered the street from the St. Louis Galleria shopping mall where they had assembled, the officers immediately began to march head-on toward the group of demonstrators in military fashion, heavily armed with their nightsticks drawn and riot shields held up.

Following close behind this battalion of cops was an armored vehicle with officers lining its roof, weapons drawn. A second phalanx of riot police had already formed on the other end of the street to block the protesters from escaping, which they managed to do successfully. Over megaphones the police shouted: “This is a direct order to disperse immediately. This is not a warning.”

Protesters told World Socialist Web Site reporters that there was a marked difference in aggressiveness from the police force Wednesday evening compared to the previous five days of demonstrations. Sydney from the St. Louis area said that “they are really trying to invoke aggression today.” 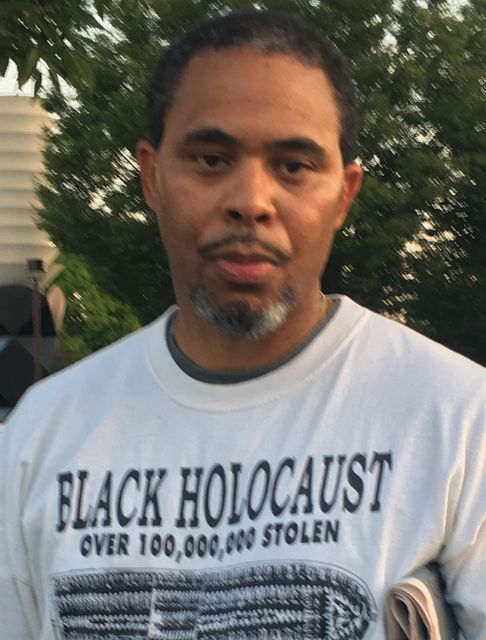 Despite the large demonstration and an alarming display of force from the police department, major media coverage was almost completely absent. Payton explained that most of the media had already left town, “The mainstream media isn’t covering this because they feel that to cover it would give us credibility and they don’t want that.”

He added: “All the media wants to talk about is how the people who are killed by police are criminals. Well I say fine. If you think they are criminals then why are they not being given a damn trial like the officers have? They can’t get a trial if they are dead.” Payton believed that racism was a major driving force of police violence, but agreed with WSWS reporters that class was fundamental, saying, “It is only the poor and working class who get killed.”

In addition to the lack of media coverage of the demonstration, also notable was the complete silence from leading politicians, foremost St. Louis’ Democratic Mayor Lyda Krewson and Missouri’s Republican Governor Eric Greitens. Neither made any posts on social media Tuesday, even though they had both been active since Friday posting messages on Facebook and Twitter supporting the police and criticizing the protests.

Joel, a native of St. Louis, was angered over Krewson’s cancellation of town hall events that had been scheduled for Tuesday and Thursday evenings. “She said that ‘the town hall was being held on the streets’ this week and that she was listening. But the people out protesting are not her voter base, that’s not who she really represents.”

Expressing his frustration with the police murders, Joel explained, “Inequality is by far the biggest factor in police violence.” He also noted the massive sums of money and military equipment provided to the police. “You have cops out here who look like they are better equipped than the actual military men. Which makes sense because that’s where they get the stuff—the military doesn’t just throw away their gear when they are done with something.”

Timothy, a 14-year-old high school student who was out protesting with his family, told the WSWS: “The cops keep killing us and not going to jail for it. They got it [the Smith killing] on videotape and they still won't go to jail. There’s no real evidence they’re willing to take. They’re always not guilty.” 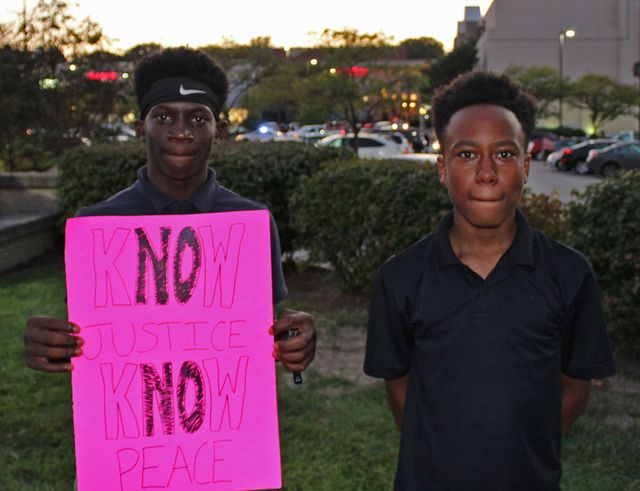 The WSWS reporter explained that “they rarely kill rich black people or rich white people, it’s always the poor and the working class, black or white.” Jonah agreed: “They just got money, that’s why they aren’t killed. They are not going to kill anyone who is famous or if they got money. They don’t care about anybody but rich people.”

The Police Killing in St. Louis