Three weeks after four US special forces soldiers were killed in a firefight in the landlocked West African nation of Niger, information has surfaced indicating that the American troops and their Nigerien counterparts were involved in a “capture-kill” mission aimed at the leader of a local Islamist militia operating on the Niger-Mali border.

The White House and the Pentagon has provided only a trickle of information about the abortive October 4 operation. The incident came to the public eye largely because of President Donald Trump’s initial failure to say anything about the largest loss of US military personnel since he took office, along with his subsequent lies about contacting families of slain troops and his shameful public confrontation with the widow of Sgt. La David Johnson, one of the four Green Berets killed in Niger, over a callous condolence call. 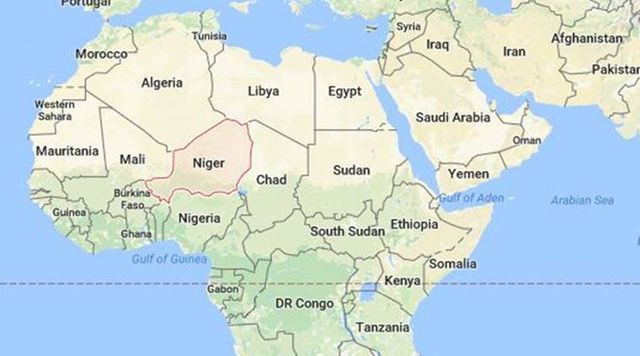 A map with Niger indicated by red border

Marine Gen. Joseph Dunford, the chairman of the Joint Chiefs of Staff, told reporters Monday that the Green Berets had been engaged in a “simple reconnaissance mission,” and described the overall purpose of deploying some 1,000 US special operations troops in Niger as a “train, advise and assist mission” to support the Nigerien security forces.

It appears that Dunford’s comments were deliberately misleading on both counts.

NBC News Tuesday cited “multiple US officials” as recounting that the US detachment of 12 US special forces troops and 30 Nigerien soldiers had been on what was effectively an assassination mission, aimed at killing a senior leader of a local Islamist militia.

NBC reported: “One theory, said an official with direct knowledge of the military’s investigation, is that the soldiers were gathering information about the target, and, after learning his whereabouts, decided to pursue him. A big question would then be whether the unit got authorization, and whether the risks were assessed.”

It added that the ill-fated Niger mission was conducted under the mantle of Operation Juniper Shield, a program begun under the Obama administration and continued under Trump, which is directed at using US military force to “disrupt or neutralize” organizations deemed connected to Al Qaeda and the Islamic State across the Sahel region of central west Africa.

This military intervention is being conducted in coordination with the French military, which is waging an even more intense neocolonial operation in neighboring Mali. Both countries have mounted a campaign against an insurgent group known as Al-Mourabitoun, which has been active throughout the region. Last January, Al-Mourabitoun took responsibility for a suicide bombing against a military base in the city of Gao in Mali, killing 77. Previous attacks have targeted foreigners in Ivory Coast and Burkina Faso, while in 2013 the group seized a gas facility in Algeria, leading to a confrontation in which all 39 of its hostages were killed.

According to the sources cited by NBC, the Green Beret team involved in the October 4 firefight, officially known as Operational Detachment Alpha or ODA, was involved in an “intelligence-directed operation,” which included a meeting with an individual purported to have information on the whereabouts of an Islamist militant known as Abnan Abu Walid al-Sahraoui, who is believed to be the leader of at least one section of Al-Mourabitoun.

While the precise way in which the ambush that led to the deaths of the four US special forces troops remains shrouded in mystery, military sources have suggested that the unit was set up by hostile elements of the local population, who either led them into a trap or gave away their location to the Islamist insurgents.

Leading members of the US Senate and House—including Democratic Senate minority leader Chuck Schumer and Republican Senators John McCain (chairman of the Senate Armed Services Committee) and Lindsey Graham—have claimed to have been kept in the dark by the Pentagon on the escalating US intervention in the region and expressed surprise that up to 1,000 US special forces troops are deployed in Niger and on its borders.

A closed-door hearing has been scheduled for Thursday in which two senior Pentagon officials will deliver a classified briefing to the Senate Armed Services panel. The session was scheduled after McCain threatened to subpoena the administration for more information on the Niger operation.

In reality, the steadily escalating US military intervention in Africa has been a fairly open secret, provoking disquiet only after the October 4 debacle.

In February 2013, the Obama White House announced that the first 100 US troops were being sent into Niger, with hundreds more to follow. At the time, it was revealed that Washington had signed an agreement with the Niger government allowing the US military to set up a drone base on the country’s territory, creating the conditions for spreading the Obama administration’s remote-control assassination spree throughout the region.

That base is now under construction in the city of Agadez, where the US is preparing major facilities to house and launch MQ-9 hunter-killer drones.

Last Friday, the Washington Post reported that the Pentagon is instituting a “status-based targeting” system in Niger allowing its troops to hunt down and employ lethal force against suspected members of Islamist insurgent groups “even if that person does not pose an immediate threat.” This appears to be what was involved in the abortive mission that claimed four US soldiers’ lives on October 4.

The employment of such assassination squads, along with drone killings and similar methods, will serve only to intensify civil war conditions throughout the region, providing the pretext for even greater US intervention.

Indeed, the principal source of the present conflict lies in the 2011 US-NATO war to topple Colonel Muammar Gaddafi in Libya, which shattered the tenuous equilibrium that Gaddafi had maintained among the Tuareg and other tribal groups in Niger and elsewhere in the Sahel. The rise of Islamist groups was directly tied to the utilization of Al Qaeda elements by Washington and its allies as proxy ground forces in the war for regime change that ended with Gaddafi’s lynching and the decimation of Libyan society. In the aftermath of the Libyan government’s fall, its arms stockpiles found their way into the hands of Islamist groups throughout the region.

In the midst of the roiling controversy over the troop deaths in Niger and Trump’s response, there has been a steadily escalating drumbeat from Democratic politicians and the media for Congress to debate the ongoing US military interventions and pass a new Authorization for the Use of Military Force (AUMF).

This found fresh expression Tuesday in a piece in the Washington Post by the ostensibly liberal columnist Eugene Robinson, who wrote: “Congress needs to do more than investigate the deaths. It needs to authorize this conflict—or shut it down.”

Robinson went on to describe the cabal of generals—Kelly, Mattis and McMaster—that largely controls the White House and the Trump administration’s foreign policy as “the last line of defense between our great nation and the abyss.”

At the same time, however, he suggested that this military domination of the administration made it all the more important for Congress to “reclaim its war-making powers” by passing a new AUMF.

Such columns reflect the increasing nervousness within ruling circles that the ugly controversy over Niger has lifted the lid on both the ever-expanding global military operations of the Pentagon and the increasingly open turn toward military control of the government at home. Any new AUMF passed by Congress, which long ago gave up even the pretense of defending its constitutional powers, will only provide a legislative fig leaf to facilitate this process.