Successful meeting held in Chicago on “Why Study the Russian Revolution?”

David North, chairman of the International Editorial Board of the World Socialist Web Site, continued his lecture tour on the Russian Revolution in Chicago, Illinois. A successful meeting was held on Sunday, November 12 at the University of Illinois at Chicago with an engaged audience of nearly 60 people.

Speaking to a group composed largely of students, youth and workers, North reviewed the global significance of the October Revolution in Russia led by the Bolsheviks in 1917. At the outset of the meeting, he noted the significant interest and intellectual ferment among youth on the question of the Russian Revolution and socialism today.

North examined the objective conditions that brought the October Revolution into being, including the imperialist catastrophe of World War I. The Russian Revolution of 1917 demonstrated the socialist alternative to capitalist barbarism. Led by the Bolshevik Party, the revolution transformed not only Russian society, but it also had an enormous impact on the struggles of the working class and the oppressed around the world.

The subsequent emergence of the police state under Stalin caused a tremendous amount of confusion about what the Russian Revolution was. North maintained, however, that Stalin and the bureaucracy came to power on the basis of the suppression of genuine Marxism. The most significant representative of the genuine traditions of international socialism and Marxism murdered by the bureaucracy was Leon Trotsky.

In the course of the meeting, North reviewed the impact of the October Revolution on intellectual, social and cultural life internationally, as well as the significant economic and social achievements made in the Soviet Union. These included enormous economic growth, the elimination of illiteracy within a generation, the Soviet defeat of the Nazis in which nearly 30 million Soviet citizens died, the space race innovations and more.

North spent the rest of the meeting reviewing the ways in which the history of the Russian Revolution is falsified, and the relationship of these falsifications to the growth of social inequality in the United States. Far from ushering a new age of capitalist flowering since the dissolution of the Soviet Union, the staggering growth of inequality worldwide and a quarter century of wars has found global capitalism in the 21st century to be a complete failure.

Following the conclusion of meeting, there was a lively question-and-answer session. Reporters from the WSWS also spoke to those in attendance. 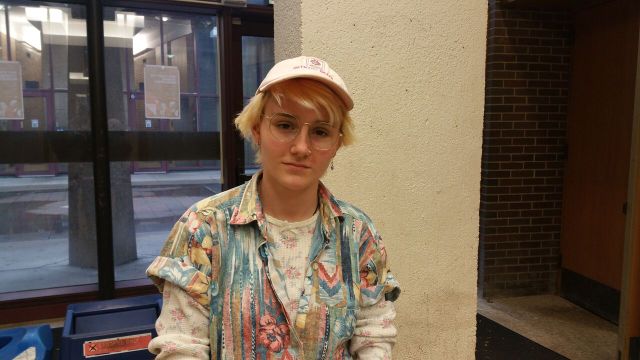 Molly, a student studying acting at Columbia College, said she thought the October Revolution “is really important. Personally, I was never really educated in the full significance of the Russian Revolution and how important it was for human history, and modern political history, and where the world is right now. Not to mention what it says the possibilities of what culture and society can be.

“For me, it really ties into the fact that there’s just been so much suppression of leftist ideology that’s been very purposeful by the powers-that-be, so that they can continue to be the powers-that-be. Right now it’s important to me to search out that knowledge, to understand revolutions and the circumstances that allowed them to happen, so that we can figure out the best ways to organize and hopefully make it happen again.”

Asked what she thought were the burning issues of the day, Molly said that she strongly opposed imperialist war. “Anti-imperialism is really, really important, and I think it’s an issue that affects a lot of people. We don’t want to be sending people off to kill other people instead of focusing on the problems we have here.” 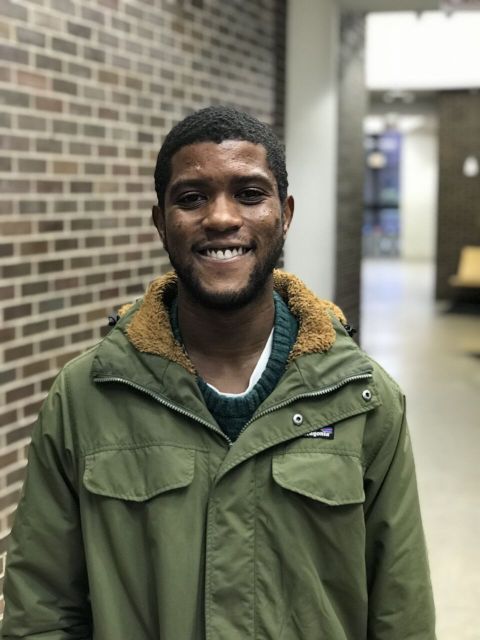 “I really liked his analysis of why the Russian Revolution is extremely important to study today,” said Brian, who had recently graduated. “Because it’s the biggest moment in history, where the working class actually takes control and ownership and power in a very organic way. And if we want a repetition of this act, we need to know more about it.

Brian also noted the danger of war and pointed to the promotion of militarism in the media. “I think that nowadays the threat of world war is not only inevitable, but would be the most destructive force, even more so than the previous world wars, because of the nuclear capabilities.”

“David North did a really good job demonstrating not just how socialism can work,” he continued, “but how it’s the only force that will work for humanity, because it’s a program centered on society.” 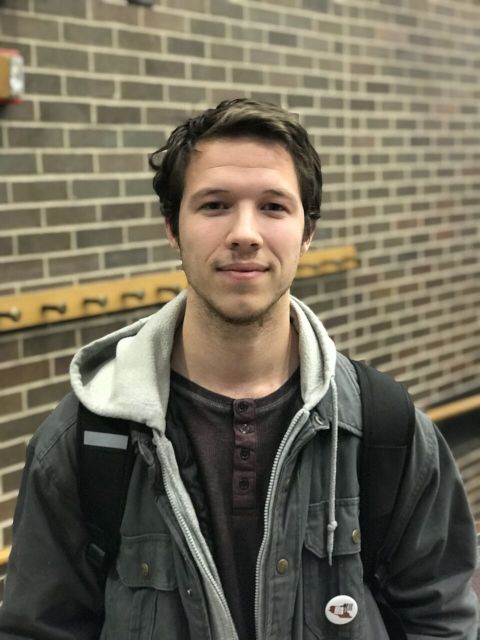 Dylan, a student at Columbia College studying music, said he thought “the meeting was really good. Coming from what I’ve learned about socialist politics, I skipped over the October Revolution. I never really learned about the events in detail. My history classes in school would only have us read a paragraph on this monumental event that shaped the 20th century. I thoroughly enjoyed the lecture by David North.

“The reformist path has failed. Last year, I saw how the youth movement was put behind Bernie Sanders. But there’s a growing disillusion with this question of reforming capitalism. It was the same idea with Obama. He never shut down Guantanamo Bay, or brought the troops home—we just had perpetual wars. It was a fundamentally a funnel for reformist politics to trap people back in the system. This is why I think it’s really important for us to study the Russian Revolution.” 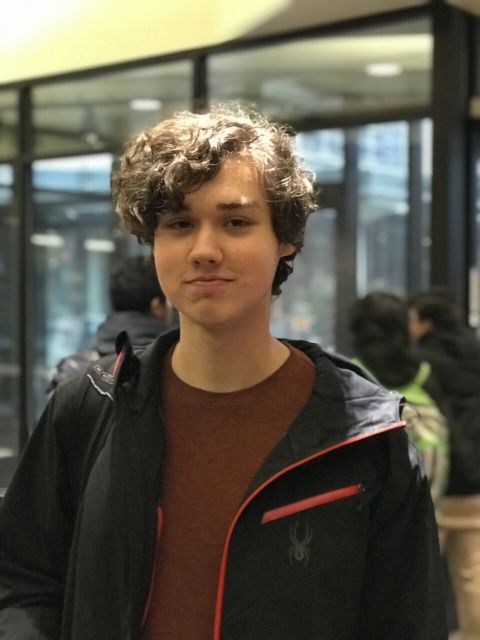 “The panoply of responses he brought up in the evaluation of the revolution — 25, 50, 75,100 years—you see the real degeneration of academia. You see the outright rejection of the historical importance of the Russian Revolution. It was shocking to see talking points bordering on fascism. It was disgusting. And the statistics he brought up — where the bottom 90 percent in the last 30 or so years their wages have actually decreased by 0.17 percent while the top 10 percent saw their earnings grow by 1.4 percent per year! It was disturbing to see the statistical embodiment of what students see in the world around them everyday.

“I have long been looking for someone to also list all the deaths that capitalism has caused. He certainly exposed the imperialist wars of the 20th century in a very revealing light. That’s not something you hear about in high school classes or in the news media in the US. They don’t want to show us the wars that the US is responsible for.

“I came out of this lecture wanting to study more about history. Our task today is to build the revolutionary party. It’s the fundamental task. We also need to bring this history to youth around Chicago and build new chapters of the IYSSE. We need to make sure as many people have access to this information that has been so thoroughly suppressed.”