The death of rapper Lil Peep and the tragedy of youth

The death of 21-year-old rap artist Lil Peep (Gustav Åhr, born November 1, 1996) on Wednesday from an overdose of the anti-anxiety medication Xanax while touring in Tucson, Arizona, is another expression of the harsh reality characterizing life in America for broad sections of the population, particularly young people. He is only the most recent performer to die from a combination of drugs and despair. 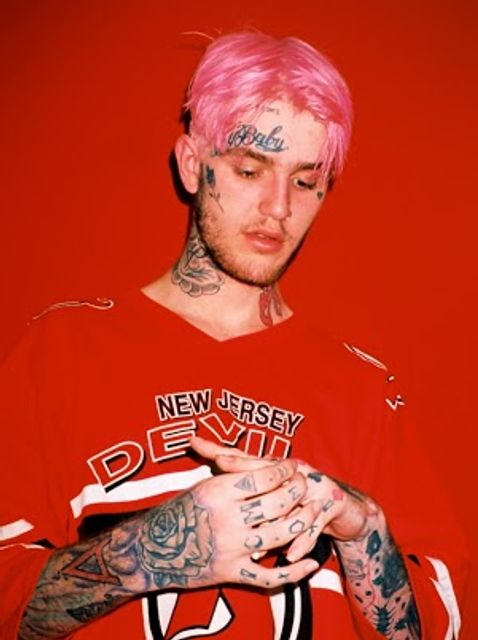 Åhr, who was born into a middle class family, grew up on Long Island and received his high school diploma online after dropping out, had come to be seen as the foremost representative of the genre-bending music style known as “emo rap.” Blending elements of hip hop, electronic music, emo (a subgenre of rock music known for its emphasis on “emotional” expression) and post-punk into melodic and low-fidelity soundscapes, Åhr’s music often dwells on self-destructive themes of drug usage, obsession with the opposite sex and, true to the “emo” moniker, emotional rawness bordering on self-loathing.

Many of his lyrics deal with suicide, and Åhr spoke candidly about his struggles with depression in interviews. Song titles include “Better Off (Dying),” “A Plan to Kill Myself,” “Awful Things,” “Dying Out West,” “The Last Thing I Wanna Do,” “Pray I Die” and so forth. Some of this is merely showing off and trying to impress, some of it is genuine. The dividing line can be difficult to discern.

Åhr’s tracks are often characterized by an unpolished and “gritty” feel. Rather than containing the standardized “verse/hook” format of traditional popular music, the songs of Åhr and his peers often contain more chorus than verse or chorus with no verse at all. Åhr was able to take the low-fidelity (in both sound and in composition) structure of his music to express, often in a confused and self-destructive form, the angst that afflicted him and others. In June, the New York Times described Åhr as the “Kurt Cobain” of his subgenre, referring to the vocalist from the alternative rock group Nirvana who committed suicide in April 1994.

Describing a related subgenre last June, the Times’ Jon Caramanica describes “Soundcloud rap” as: “stars [who are] are internet celebrities, fashioning themselves into outlandish characters in the anime that is modern hip-hop… The aesthetic is high-end streetwear meets high fashion, with face tattoos, hair dyed in wild colors and a prescription-drug ooze.”

“And major labels are hovering,” the author adds, ominously. 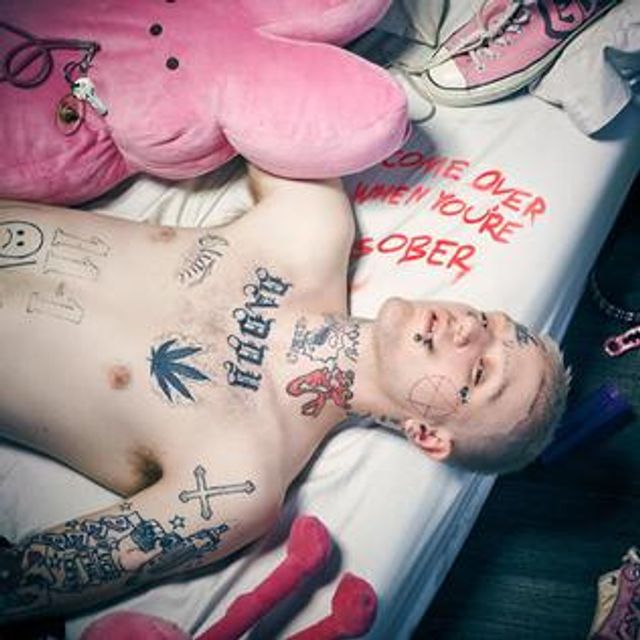 Come Over When You’re Sober, Pt. 1

It is worth noting that Åhr’s death occurred while he was on tour just months after releasing his debut album, the self-released Come Over When You’re Sober, Pt. 1. Åhr /Lil Peep had emerged from the relative obscurity of the internet music universe only two years earlier, releasing a string of successful mix tapes and was in the process of transitioning to a career within the industry proper. At the time of his death, Åhr was selling out major musical venues and performing nightly.

Describing the difficulties of this experience, peer artist Smokepurpp told the Times, referring to the amount of time invested in music as opposed to self-promotion and “image cultivation,” a requirement for standing out within the saturated music industry, “Back in the day, it was probably more 85-15.” He added, “As of now, it’s more like 60 percent music, 40 percent image.”

With Åhr, this took on extreme forms, including dozens, if not hundreds, of tattoos, body piercings, and multiple psychedelic hair colors.

All of the tension took its toll. Åhr asserted in interviews that his drug usage, particularly of anxiety-relievers, removed much of the stress of performing. “I go as hard as I can when I’m anxiety-free,” he explained to Caramanica.

The death of Lil Peep is the latest, but certainly not the last calamity produced by the toxic combination of the social atmosphere in the US, the generally horrific conditions facing young people and the all-devouring American entertainment industry, in which nothing is so disastrous as success. That industry, a branch of the rapacious profit system, is based on churning out “product” and exploiting and manipulating youthful ambition.

The pressures generated, often exerting themselves on individuals with unstable or fragile psyches, are producing terrible personal tragedies even as the danger of war, economic destitution and dictatorship confronts humanity as a whole.