On November 15, a painting attributed to the Florentine artist and polymath, Leonardo da Vinci (1452-1519), sold at Christie’s auction house New York City for $450.3 million dollars, including fees. This is the highest price ever paid for a painting at a public auction. The buyer has remained anonymous, but observers have narrowed the list down to some 150 multi-billionaires.

The painting, Salvator Mundi (Savior of the World, c. 1500), depicts Jesus Christ in Renaissance garb holding a globe of the world in his left hand and raising his right hand in a gesture of benediction. It was commissioned by King Louis XII of France (1462-1515) over 500 years ago. 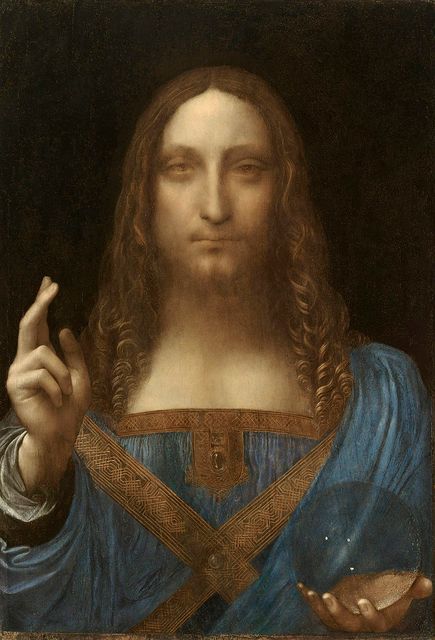 In recent times, the painting, not then thought to be by Leonardo, was purchased for a mere $10,000 at a New Orleans estate sale in 2005. It eventually ended up, after several transactions, in the hands of the billionaire Russian oligarch Dmitry Rybolovlev, who purchased it for $127 million. His estate then sold it to Christie’s, which took the painting on a world tour as part of its marketing campaign. In 20 minutes of bidding on November 15, the price climbed from over $100 million to the final sum.

The painting has been heavily restored, and its authenticity and provenance have been hotly contested by some, but, as critics have pointed out, now that it has sold for nearly half a billion dollars, it must surely be a Leonardo! It will now be the only one of the Renaissance master’s paintings in a private collection.

The sale of Salvator Mundi has caused consternation even in the highly moneyed art world, in which contemporary and classic art works are routinely sold or auctioned for tens of millions of dollars. One writer at Artnet.com remarked, “The outcome is so far out of bounds that it bends our understanding of reality’s basic parameters.” The New York Times editorialized somewhat nervously that, “something has gone wrong in the balance of value and values.”

Also writing in the Times, perhaps on a sharper note, critic Jason Farago cited the words of the subject of the painting in Luke 6:21: “But woe unto you that are rich! for ye have received your consolation.”

Leonardo himself, in his “Ethics for the Painter,” addressed to fellow artists, argued that “you should learn that money earned in excess of our daily requirements is not worth much, and if you desire an abundance of wealth you will end up not using it.” The important artist, he explained, “will leave behind works which will bestow upon you more honour than money would do, because money is celebrated only for its own sake and not for that of he who possessed it, who is like a magnet of envy. … The glory of the virtue of mortals is far greater than that of their treasures. How many emperors, how many princes have there been of whom no memory remains, yet they strove only after territory and wealth to secure their reputations?”

While the astronomical price for Salvator Mundi is shocking, it is a part of a trend, particularly since 2011, of the tiny sliver of billionaires on the planet buying works of art at high prices. The previous record price had been paid by the richest man in Illinois, hedge fund manager Ken Griffin, who reputedly bought Willem de Kooning’s Interchange for $300 million last year. In 2013, Christie’s auctioned Francis Bacon’s triptych Three Studies of Lucian Freud for $142 million and in 2015 the auction house sold Pablo Picasso’s 1955 Les femmes d‘Alger (Version ‘O’) for $179 million. In May this year, the Japanese collector Yusaku Maezawa spent $110.5 million for a work by Jean-Michel Basquiat at Sotheby’s in London.

As several analysts have observed, a booming art market is directly tied to the ever-rising fortunes of the stock market and the expectation that US President Donald Trump’s tax cuts for the very rich will provide a massive financial windfall. 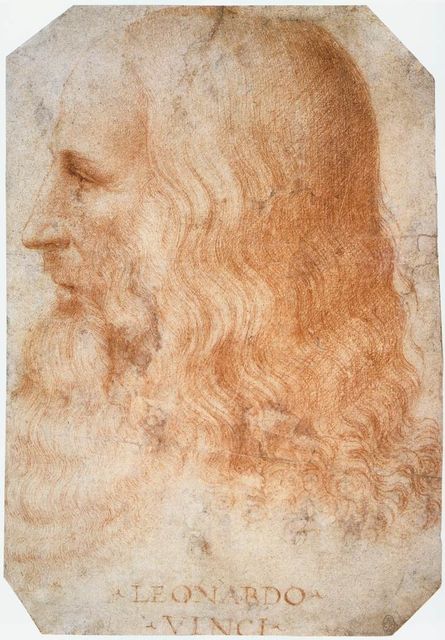 For most critics and art world insiders, let alone the corporate media, the dizziness will soon wear off. The art world accommodates itself rather quickly to the obscene prices for art work, and, after all, some of the wealth gets spread around. Journalists and the most privileged academics may get a private glimpse of the painting or perhaps even a chance to nuzzle up to its new owner.

Everything about the sale of Salvator Mundi is deplorable, and revealing.

The fact that over two billion people on the planet live on two dollars a day or less and over 60,000 people, many of them children, have no place to live in the city in which the auction took place hardly rates a raised eyebrow in the art world media.

Furthermore, the dependence of art on the market has now reached a dangerous threshold from the view of art production itself. Artwork has become a big item commodity for the ultra-wealthy. They invest in it as they would invest in any other property and, as has been observed in this case, the actual quality of the painting, what it tells us about life, what emotions and thoughts it evokes in us, none of this really matters.

The whole affair will have demoralizing influence on artists themselves. It is not the public or critics that judge their works or find pleasure in them, but only a few wealthy individuals. The end goal of a work of art is not to reveal a truth about the world, or even—an increasingly rare phenomenon—to support the artist so he or she can continue to create, but to be burnt in the bonfire of super-profits. Paintings, whether produced by a Renaissance master or even a living New York artist, are locked up for years in climate-controlled vaults and hidden from view, and then released only in a place and at a time acceptable to their beneficent owners.

The purchase of a work of art for this sum demonstrates the fate of art under capitalism. It is a kind of vandalism in which culture is weighed for its net worth and hidden away to appreciate, not for the benefit of masses of people.

However, the history of the painting offers us another side to the broader historical process. Leonardo’s Salvator Mundi at one time belonged to King Charles I of England, who lost the painting because his estate was sold in 1649, the same year the monarch lost his head as the result of a victorious revolution.