Papua New Guinea police, navy and immigration officers stormed into the Australian-operated Manus Island Detention Centre yesterday, and again this morning, attacking refugees, destroying their property and forcing them to leave the camp.

The violent incursions followed the Australian government’s formal closure of the facility on October 31, after the Papua New Guinea (PNG) Supreme Court ruled last year that the centre was “illegal” because it denied the asylum-seekers their liberty without charge. 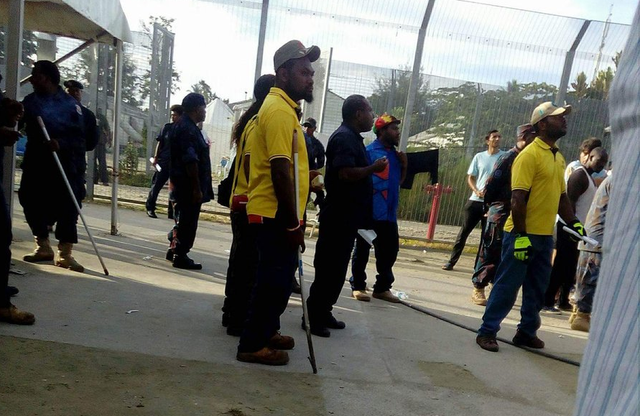 Throughout this month, the Liberal-National Coalition government of Malcolm Turnbull has demanded that the refugees move to so-called “alternative accommodation” centres on Manus Island. The United Nations High Commissioner for Refugees has deemed those facilities unfit for human habitation.

Contractors hired by the Australian government cut water pipes and tanks at the main Manus Island centre at the beginning of November. Food shipments were also halted, in a bid to starve the refugees out. Since then, PNG immigration authorities have repeatedly destroyed make-shift water catchments constructed by the asylum-seekers. 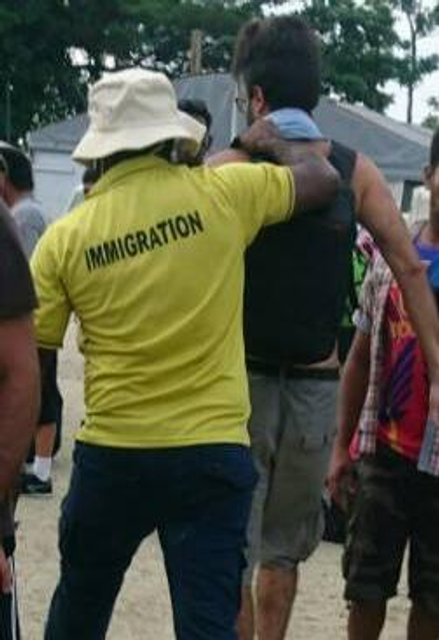 PNG police, immigration and naval officers entered the camp this morning, forcing the remaining refugees onto buses to be transported to the “alternative accommodation” facilities. Footage published by Fairfax Media showed PNG offices beating prone detainees with batons, before forcing them out of the centre.

Australian Prime Minister Malcom Turnbull hailed the evictions this morning. “I am pleased to say in terms of Manus is that the reports we have is that busloads of people are leaving Manus,” he stated.

During a previous attack, yesterday morning, around 50 PNG police, navy and immigration personnel forced the refugees out of their rooms, confiscated their phones, and threateningly demanded that they leave the centre within an hour. At least one officer was armed with a large bush knife. Others carried long poles.

The refugees stated on social media that they were repeatedly surrounded by the officers and physically assaulted. At least 30 of the 400 refugees who remained at the facility were forcibly transported to the “alternative accommodation” centres.

Walid Zazai, a detainee at the camp, wrote on social media: “They are beating guys, and putting them by force on buses and trucks. They have big rods and sticks in hands. Police and immigration are doing it together.”

Zazai posted footage of two unconscious refugees. One has epilepsy, and there were fears that the other had suffered a heart attack. Over the past weeks, refugees have reported a range of mental and physical health issues, for which they have received no treatment. An unknown number of refugees sustained injuries as a result of the police actions.

Zazai said that police were preventing the asylum-seekers from recording. “We can’t take pictures or video,” he wrote. “Whole area surrounded by them. When they see anyone filming they catch him, beat him and take him.” 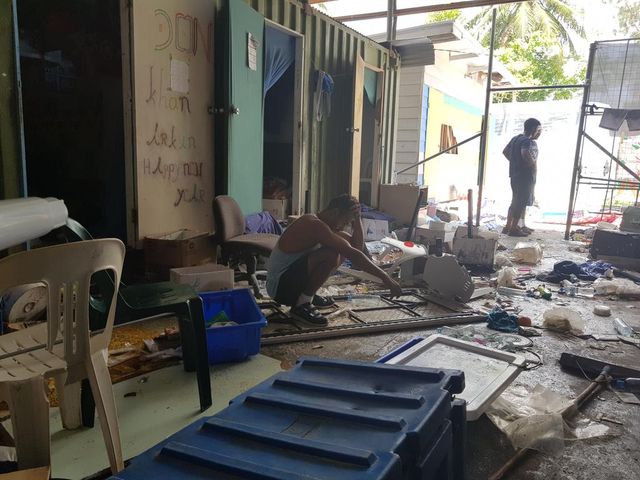 Police and immigration authorities appear to have particularly targeted refugees who have led the fight in defence of their democratic rights. A number of asylum-seekers reported that police demanded to know the whereabouts of Behrouz Boochani, an acclaimed Kurdish-Iranian journalist and refugee who has reported from the facility.

Boochani was arrested without charge by officers from PNG’s mobile police squad, a unit notorious for its repression of domestic social and political opposition.

When he was released yesterday afternoon, Boochani wrote: “They handcuffed me for more than two hours in a place behind the prison camp. The police commander yelled at me ‘you are reporting against us.’ They pushed me several times and broke my belongings.”

Significantly, Boochani reported that an officer from the Australian Federal Police (AFP) directed yesterday’s raid. This punctures the repeated claims by the Australian government that they were no longer directly involved in operations on Manus Island.

The collaboration between the Australian government and the Papua New Guinea authorities underscores the criminality of the “border protection” program defended by the entire Australian political establishment.

The PNG government of Prime Minister Peter O’Neil is notorious for its use of violence against political and social opposition. Last year, PNG police, trained by AFP officers, opened fire on peaceful student protesters, wounding at least 40. In April, PNG naval personnel attacked the refugees on Manus Island with machine guns and machetes.

Australian Prime Minister Malcolm Turnbull and Immigration Minister Peter Dutton backed yesterday’s incursion into the detention centre, clearing the way for this morning’s violent attack. Turnbull stated that the refugees should “obey the law.” Dutton declared he was “outraged” that the asylum-seekers had remained at the camp, slanderously accusing them of having “trashed the facility” and of “living in squalor.” 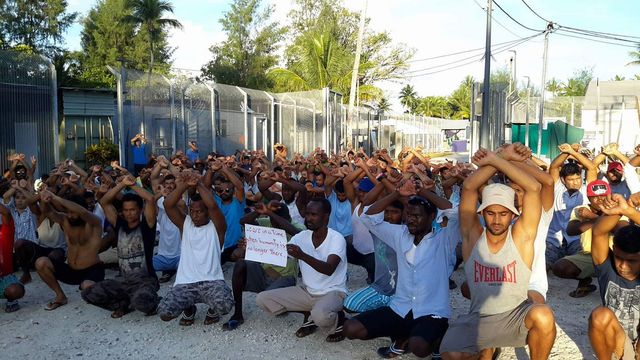 Within Australia, there is growing hostility to the brazen attacks on the refugees. On Wednesday, 12 former recipients of the “Australian of the Year” award, including prominent media personalities and leading scientists and doctors, issued an open letter to Turnbull and Labor leader Bill Shorten denouncing the oppression of the refugees as “unacceptable” and a breach of human rights.

Emergency protests in Sydney and Melbourne yesterday were met with major police mobilisations. In Sydney, several hundred protesters were prevented from marching in the CBD. They were surrounded by over 50 armed riot police. 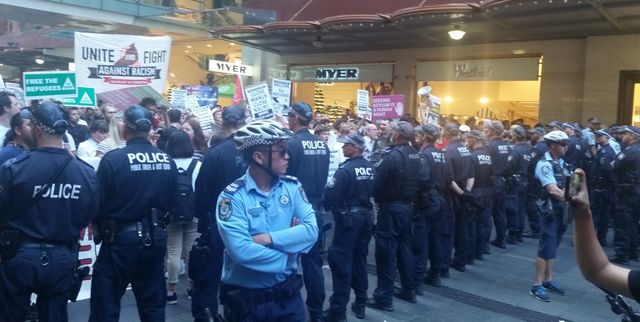 Both parties have sought to cover-up the fact that it was the Greens-backed Labor government of Julia Gillard that reopened the Manus Island centre in 2012, and decreed that the refugees there would never be permitted to enter Australia. This was in line with Labor’s role as the chief proponent of attacks on refugees over the past two decades, including the introduction of mandatory detention for asylum-seekers by the Keating Labor government in 1994.

The Greens defend the framework of immigration controls and border protection. The logic of this position is to support the abrogation of the right of those fleeing war and oppression to seek asylum.

This was spelled out by Greens leader Richard Di Natale at the party’s national conference last weekend. Putting aside all of his party’s bluster about defending the rights of refugees, Di Natale declared that the Greens would be prepared to enter future coalition governments with Labor or the Liberal-Nationals, i.e., governments that would continue and expand the illegal detention of asylum-seekers.