The International Youth and Students for Social Equality (IYSSE) at the University of California, Berkeley is mounting a campaign against the university’s efforts to establish police censorship over student groups. UC Berkeley’s new policy, known as the Major Events Policy, subjects all student group meetings on campus to an eight-week process of police review and requires that clubs pay for any police presence required by the administration.

The new policy empowers the police to declare any student group meeting or protest not sponsored by a department to be a “major event,” making a police presence at the event mandatory, subjecting to search those who attend, and billing the student group holding the event for the police presence as well as for additional insurance charges. The process of police review is protracted, requiring a minimum of eight weeks prior notification. It is opaque, as the police can bill the student group for a number of unspecified security concerns. The decisions that the police reach are not subject to appeal.

This policy has already been used against the IYSSE. The university denied, without explanation, the application by the Berkeley IYSSE for David North, the chairperson of the International Editorial Board of the WSWS and a leading expert on the Russian Revolution, to deliver a lecture in late October on the centenary of the Russian Revolution. On October 6, the IYSSE was informed that its request required processing by the University of California Police Department (UCPD) because David North was listed as the event’s speaker. The event, in other words, was being reviewed for its political content.

The IYSSE immediately submitted a request for the event to the UCPD, along with a number of questions regarding the process, but the UCPD never responded. The IYSSE managed to hold a successful meeting on the centenary of the Russian Revolution by securing sponsorship from the History Department.

The Major Events Policy is already in full effect on an interim basis and it will become permanent at the beginning of the Spring 2018 Semester. The university administration has implemented this secretly, without any public discussion.

For several weeks, the IYSSE has tabled on Sproul Plaza, the political center of campus life, speaking with students about the policy of police censorship and circulating a petition against it. On Wednesday evening, Joseph Santolan, speaking on behalf of the Berkeley IYSSE, addressed the Associated Students of the University of California (ASUC) Senate General Assembly. 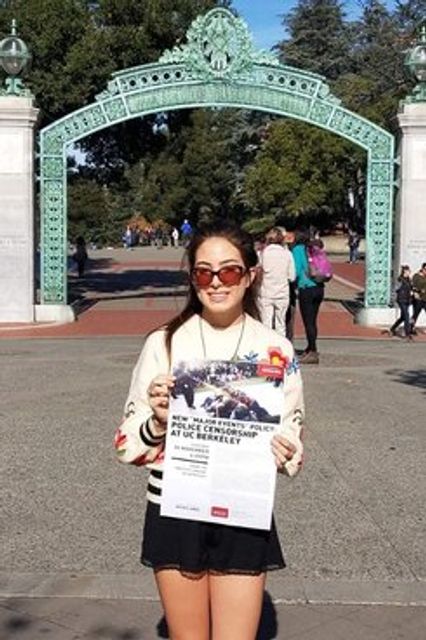 Under the new policy, he told the Senate, “free speech on this campus will be for those that the police deem safe or those wealthy enough to pay for it.” The policy “states that it will be enforced in a viewpoint-neutral fashion, but given the opaque character of the process of adjudication there is no way that we can be certain that this is the case. We are bound by this policy to rely on the ‘good intentions’ of the police department. This is not why we have legal statutes. This is not why we have constitutional guarantees… The fact that they don’t have good intentions was revealed to a certain extent by the manner in which this policy has been brought about—behind the back of the student body.”

The next morning, Khira Griscavage, chief of staff to Chancellor Carol Christ, sent an email to the ASUC Senate in response to the speech. The university, she claimed, was modifying the policy to make it less onerous, reducing the mandatory prior notice from eight weeks to five and allowing demonstrations to be held on Sproul Plaza without going through the police review process.

The fundamental thrust of the policy remains unchanged, however. Student groups whose speech the police, for unspecified reasons, deem to be dangerous to campus security will be required to pay the police if they wish to hold a meeting.

The Berkeley IYSSE officially launched its campaign against police censorship with a meeting on Thursday November 30 attended by 25 people, including representatives of several student clubs. Joseph Santolan spoke for the IYSSE, detailing the anti-democratic impact of the new policy. He outlined the history of the Free Speech Movement at Berkeley in the 1960s and how students fought the university and police for the right to campaign on campus against the oppression of African Americans.

Santolan explained how the current push to censorship is part of the international political and economic crisis. “The most rudimentary norms of democracy require the conception of formal equality, but even this is being stripped away.” Immense inequality, as in the US where three billionaires have more wealth than the bottom half of the population, is incompatible with democratic rights.

Santolan pointed out that for undergraduates in attendance “the US has been at war throughout your entire conscious lives.” Unable to propose any progressive solution to the economic crisis of capitalism, governments and corporations across the world are turning to censorship to suppress political opposition.

Santolan called on students who agreed with the IYSSE’s political perspective to sign the petition, join the IYSSE take up the fight for socialism. Most of those in attendance signed the petition and several joined the IYSSE.

After the event, attendees spoke with reporters from the WSWS about the policy and the broader political issues involved.

Michael, a graduate student in political science at UC Berkeley, signed up to join the IYSSE after the meeting. “I’m utterly disgusted that the police presence on this campus is not only being promoted by the administration, but it’s becoming policy," he said, "and they’re making us pay for speaking our minds about what we’re thinking.” 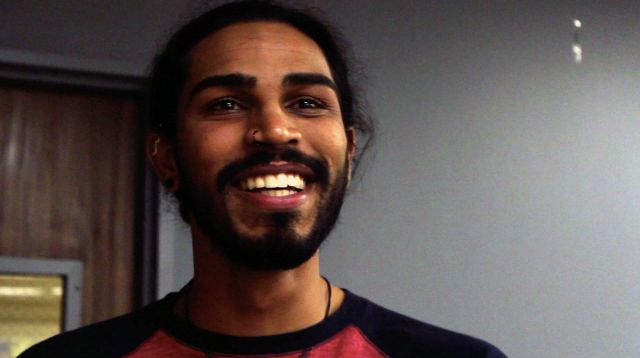 He added, “I fully support the IYSSE and its campaign to fight against this policy. I’m going to tell everybody that I know about this, because one of the problems is that we don’t know and people that don’t know can’t act. I thank this organization for informing me about this, and I will do my part to help this organization to spread the word and try to fight this repression.”

Kuhuk, a new IYSSE member who helped build for the event, said that the policy was “troubling… I’m really worried about the attack on free speech, and I really want to mobilize other students to fight back.” He added, “As I speak to students and explain how our free speech is being attacked, especially my classmates and friends who already know me, they seem motivated to do something about it.” 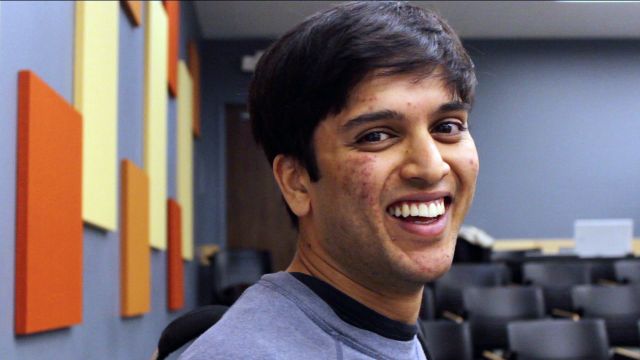 Camron, a social welfare major, and Jazmyn, an art practice and African American studies double-major, both expressed hostility to the policy, as well as the broader crisis of capitalism. Jazmyn declared, “I came to UC Berkeley because I wanted to learn about politics, but instead they’re trying to censor student groups and limit free speech.” 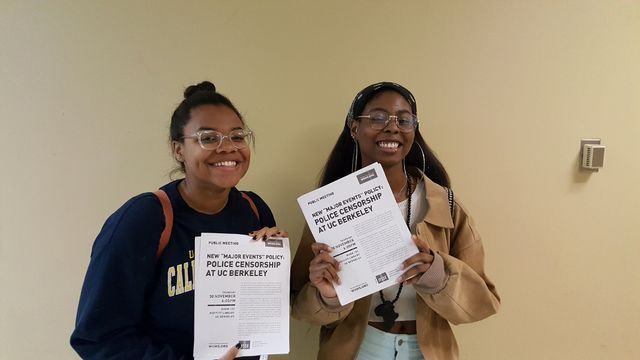 Camron commented, “I’m an out-of-state student, and the fact that my tuition money is going towards censorship is outrageous.”