It took centuries of struggle against tyranny and despotism to establish, in law, that a person cannot be declared guilty on the grounds of an accusation alone. The democratic principle of innocent until proven guilty is the bedrock of enlightenment legal systems. Under 21st century capitalism, however, that fundamental conception is being violated and cast aside.

The sinister US media-led campaign over alleged “sexual misconduct,” which has destroyed the careers of a growing number of American actors, producers and television personalities during the past two months, has plumbed new depths.

Geoffrey Rush, the highly acclaimed and award-winning 66-year-old Australian actor and producer, is its latest victim. Rush has been accused, by an unnamed individual, of “inappropriate” but unspecified behavior, allegedly during a 2015–2016 Sydney Theatre Company (STC) production of King Lear. 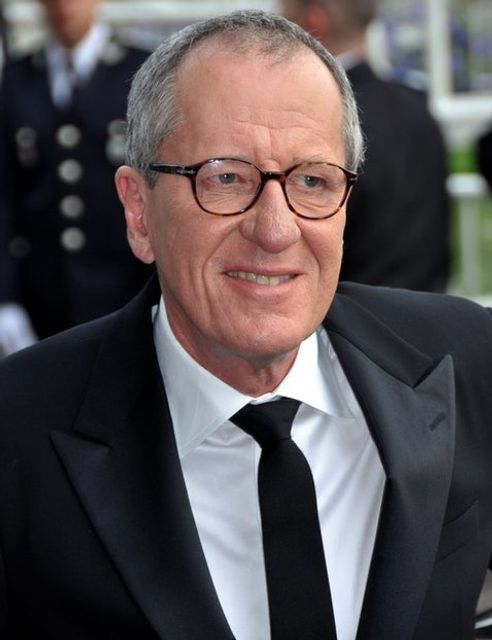 The unexplained and unsubstantiated allegations were published on Wednesday in the Murdoch-owned Daily Telegraph in Sydney under the lurid headline “King Leer,” and uncritically regurgitated throughout the international media, including Variety, Hollywood Reporter and other industry journals.

Virtually overnight, Rush, one of the most talented and gifted actors of his generation, faces the destruction of his career. Born in Queensland in 1951, he has acted for more than 45 years, and is probably the most significant and pioneering performer in post-WWII Australian history.

Rush began working with the Queensland Theatre Company in 1971, studied mime in Paris during 1975-77, returning to Australia to appear in scores of Shakespearean plays and other major productions. Rush’s cinematic work began in the early 1980s, but his international breakthrough occurred with his performance in Shine (1996), for which he won an Oscar. He then appeared in Elizabeth, Les Misérables and Shakespeare in Love in 1998.

Other well-known films include Quills (2000), Pirates of the Caribbean (2003) and its various sequels, The Life and Death of Peter Sellers (2004), Munich (2005), The King’s Speech (2010) and The Book Thief (2013), to name just a few. This year, Rush has appeared in two films—Final Portrait and Genius—in which he plays the Italian artist Alberto Giacometti and physicist Albert Einstein, respectively.

The Daily Telegraph, for reasons that are not yet clear but which are thoroughly anti-democratic, has clearly decided that Rush must be taken down.

On Wednesday, the tabloid, which is renowned for its anti-Muslim and anti-immigrant hysteria, published the “anonymous” allegations of a supposed “co-actor” in the King Lear production. While the accuser’s request for anonymity was honoured, Rush, the accused, was afforded no such treatment. There were no details, no names, no evidence, no charges and no trial. But the actor was immediately deemed guilty.

The following day an STC spokesperson “admitted” to the newspaper that it had received a complaint in 2016, after the King Lear season had concluded.

The STC declared: “At the time the complaint was made, the complainant requested that the matter be dealt with confidentially, and did not want Mr Rush notified or involved in any investigation. STC complied, acting in the interests of the complainant’s health and welfare. STC has at all times been clear that this was an allegation made to STC and not a conclusion of impropriety.”

In other words, STC did not inform Rush at the time, in the interests of his health and welfare, that an accusation had been made against him, meaning that he was afforded no right to defend himself. Instead, more than 18 months later, the theatre company decided, for reasons known only to itself, that it would reveal the allegations to Murdoch’s rabid Daily Telegraph, which predictably splashed the claims all over its front pages.

The next day, last Thursday, Murdoch’s Australian followed up with an article about graffiti that had appeared on Melbourne Theatre Company (MTC) posters denouncing Rush as a “sexual predator.” This was cited as evidence of the actor’s guilt.

The person who had provided the graffiti “information,” also, according to the newspaper, “did not want to be named.” Her claims were, nevertheless, dutifully published. That this sort of rubbish is being circulated speaks volumes about the level to which the Murdoch media has sunk.

Like the central character in Franz Kafka’s disturbing novel The Trial, Rush has been confronted with the task of defending himself from allegations about which he knows nothing, made by an unnamed accuser, who has made no formal charges against him.

Rush’s lawyer rightly commented: “Not to afford a person their right to know what has been alleged against them, let alone not inform them of it, but release such information to the public, is both a denial of natural justice and is not how our society operates.”

Unfortunately, it is precisely how this society operates. And it has not taken very long for this particular McCarthyite witch-hunt to escalate.

Two male actors who performed in King Lear—Meyne Raoul Wyatt (who previously appeared in the Neighbours television soap series) and Brandon McClelland—have told the Daily Telegraph that they “believe” the unnamed accuser, even though they cite no details about the “inappropriate behavior” that Rush allegedly committed.

The five-member board of the Australian Academy of Cinema and Television Arts (AACTA)—a body that Rush fought to establish in order to encourage Australian artists, and on which, until very recently, he served as president—apparently held “crisis talks” on Thursday about its fifth awards night, due to be held on December 6.

Rush was scheduled to open the event, alongside Rebel Wilson, a young Australian actress. Wilson recently won a multi-million-dollar defamation suit against Bauer Media, a giant magazine publisher corporation. The two actors were due to appear via a pre-recorded video. Rush, however, possibly under pressure, has stepped down as president of AACTA.

While Rush has been written out of the awards ceremony, far more serious is the fact that he may never work as an actor again. A great talent is being destroyed before our eyes.

Rush has categorically denied any “inappropriate behavior” and issued a principled and passionate response that warrants being quoted at length. His statement to the Australian Broadcasting Corporation reads:

“The moment I became aware of rumours of a complaint, I immediately phoned and spoke to senior management at the Sydney Theatre Company asking for clarification about the details of the statement. They refused to illuminate me with the details.

“I also asked why this information was being withheld, and why, according to standard theatre practice, the issue had not been raised with me during the production via stage management, the director, my fellow actors or anyone at management level.

“However, no response was forthcoming.”

Two people thus far have spoken out in Rush’s defence. All credit goes to director Neil Armfield and Rush’s co-actor in the King Lear production, Max Cullen, who have both defended Rush.

Cullen, a veteran of TV and the stage in Australia declared: “The story has no reasonable semblance of fact about it.” About Rush, he said: “He’s an absolute gentleman and a professional and this behaviour just doesn’t happen.”

That no further actors and colleagues of Rush have come to his defence gives one a sense of the mood of intimidation and fear that currently prevails. If someone as prominent and professional as Rush can be targeted, who will be next?

The “inappropriate behavior” claims stink of a corporate agenda to remove the actor—for reasons that are not yet clear—from his current prominent status in the Australian and international artistic milieu. Is he considered an obstacle, in some way, to Murdoch’s global conglomerate? Who benefits from destroying his career?

Answers to these and other questions will likely eventually emerge—perhaps sooner rather than later. In the meantime, it is the responsibility of all—especially within the Australian and international arts and entertainment industry—to take a principled stand and publicly oppose the trial by media witch-hunt against Geoffrey Rush.

Rush has the right to respond to his accuser, to know who he or she is, and to subject their claims to rigorous cross-examination. If someone wishes to accuse Geoffrey Rush of a crime, then let them press charges.

What does it say about capitalist society in the 21st century, that the reputation and career of an individual can be destroyed overnight by a suppressed accusation?

More than anything, it recalls the McCarthyite witch-hunts in the US during the 1950s that drove communists and left-wingers out of Hollywood. Hundreds never worked again; some, in desperation, took their own lives, and the reactionary political, social and artistic consequences reverberated for decades.