Mark Mazower’s What You Did Not Tell: The fate of a 20th century family from Russia

Mark Mazower: What You Did Not Tell. A Russian Past and the Journey Home, Other Press: New York 2017.

With all its wars, genocides and revolutions, the 20th century has motivated a flood of autobiographies and family memoirs. Many of them are written by “ordinary people”, whose families were in one way or another involved in major political developments and who now seek to come to grips with this complex history, which is seldom talked about and even more rarely explained.

Mark Mazower, professor of history at Columbia University, has made an important contribution to the growing literature of this field with a book on his family’s history. The publication of What You Did Not Tell was timed for the 100th anniversary of the October Revolution and quite appropriately so: most of the ground covered in his book, which traces the biographies of Mazower’s grandfather and father, in one way or another relates to the fate of the Russian Revolution. 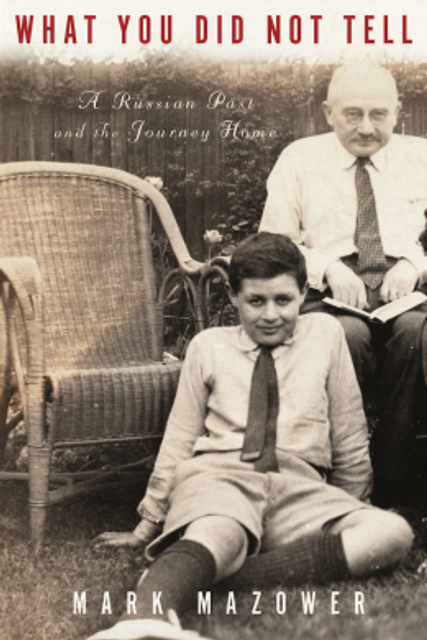 What You Did Not Tell. A Russian Past and the Journey Home, © Other Press

Mark Mazower is widely regarded as one of the foremost historians of European history and authored important studies of the Nazi occupation of Europe and Greek 20th century history. To uncover the story of his own family, he studied not only the family archives but also did extensive research in archives in New York City, Europe, and Russia.

Amid a flood of publications that mostly seek to defame and slander the revolution, Mazower’s book stands out as one of the few serious and engaging works. His family’s history reflects almost the entire range of political tendencies on the left in the Russian Empire and is thus representative of the experiences of a whole layer of Russian Jewish intellectuals in the 20th century.

While Mazower has little sympathy for the October Revolution and the Bolshevik government, he largely refrains from vulgar attacks on the revolution that are now all too common among his fellow professors at elite universities. What You Did Not Tell is distinguished by a remarkable objectivity and sobriety in the description of complex historical events and a warm affection that the author feels for its protagonists. 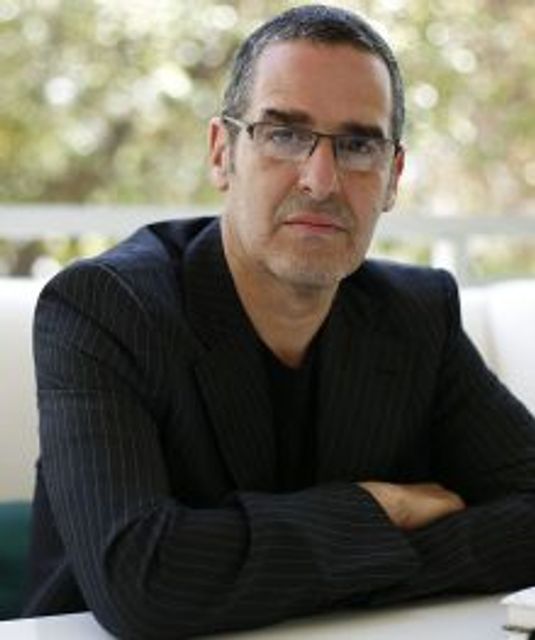 At the center of the story is the life of his grandfather, Max, whom Mazower never met personally and whose political life in the Russian Empire remained a secret to him until very recently.

Max (or Mordecai) Mazower was born in Grodno in 1873 and formed part of the same generation as Lenin, Feliks Dzerzhinsky, Julius Martov and other formidable leaders of the Russian revolutionary movement. As a young man, he joined the Jewish social democratic labor movement, the Bund, which was initially based in Vilna (now the capital of Lithuania) and split from the Bolsheviks and Mensheviks at the 1903 Party Congress.

Max was an important regional party worker, first in Vilna, and then in particular during the 1905 revolution in Łódź. The 1905 revolution found the Bund at the zenith of its power with over 24,000 members in the Russian Empire. It was in the defense against the anti-Semitic pogroms that the Bund, which formed many self-defense units, built up much of its prestige among the Eastern European working masses.

The chapter on this period in his grandfather’s life is one of the most interesting in the book. Mazower details the insurrection of Jewish and Christian workers against the Tsar, illustrating it with numerous press reports. The uprising was finally crushed in blood, leaving between 1,000 and 2,000 people dead and hundreds wounded.

As is now the fashion among a whole layer of academics, Mark Mazower idealizes the Bund, presenting it as a more democratic and, at least temporarily, more influential movement than Lenin’s Bolsheviks. While it is true that the Bund outnumbered both the Mensheviks and Bolsheviks in the early 1900s, and made important contributions to the struggle against anti-Semitic onslaughts on the Jewish population and its cultural education, Mazower fails to provide a more in-depth account of the political differences that arose among the major social democratic leaders of that period.

Opposed to the Zionist project of settling in Palestine, the Bund advocated national cultural autonomy for Jews in the Russian Empire and later in inter-war Poland, rejecting the orthodox Marxist approach to the national problem, and claiming for itself the prerogative to work among Jewish workers. This perspective, which was strongly influenced by the theorists of the Austro-Marxian revisionists, was opposed not only by Lenin, but also by Plekhanov (who famously called the Bundists “Zionists that are sea-sick”), as well as Rosa Luxemburg, Leo Jogiches and Leon Trotsky.

The Bund focused on defending and conquering political and economic rights for the Jewish population “at home” in Eastern Europe, and was a principal protagonist of the revival of Yiddish culture in the first three decades of the 20th century. Like the Mensheviks, the Bund expected the next stage of the Russian Revolution to be a bourgeois-democratic one and therefore opposed the seizure of power led by the Bolsheviks in October 1917 and the establishment of a workers’ state as “premature.” Nevertheless, sections of the Bund in Soviet Russia eventually joined the Bolshevik Party. In Poland, the Polish Labor Bund maintained a highly ambiguous attitude toward the Soviet state.

We may assume that it is not only the strength but also the weaknesses of the Bund’s political program and profile that appear attractive to Mazower and lead him to not deal with the Marxists’ criticism at any length. He notes, rather approvingly, in commenting on his grandfather’s writings from 1905:

“The movement’s socialist credentials are on vivid display in his words but the target is carefully chosen: neither capitalism in general nor the bosses, but the imperial regime and the indiscriminate violence of those defending it. Socialism here means the emancipation of society in general, and the freedom for young children to have their innocence back and to be able to play in the streets without alarm … It is not a sectarian message, and it emphasizes, in particular, the necessity for cooperation between Jewish and Christian organizations that was such a striking feature of the Łódź events.” (48)

The history of the Bund, which no doubt includes many fascinating and heroic chapters, eventually found a tragic end. The Nazi murder of European Jewry basically destroyed its social base, the Eastern European Jewish proletariat, while many of the leading Bundists were murdered by Stalin in the Great Terror.

By that time, Max Mazower had already established a new life in North London where he had fled in 1909 after the defeat of the first Russian revolution. Like many of the political and Jewish immigrants from Eastern Europe settling in Western Europe, Max Mazower became involved in business. Over the years, he managed to build up a middle-class existence for his family, even though it was one that at times was very tenuous.

Mark Mazower introduces us to many more figures from his family’s history, virtually all of whom were, at least in his grandfather’s generation, highly political and active on the left. He deals with the fate of his grandfather’s siblings: Semyon, the youngest brother, remained in Soviet Russia, where he and his family suffered through the Nazi siege of Leningrad during World War II which took both the life of Semyon himself and his youngest son, Ilya. The other brother remained in Vilna. He and his family were murdered in the Holocaust.

Through Mazower’s grandmother’s family, we are introduced to yet another layer of revolutionaries. Many of them were Bolsheviks, but left the party either before or after the October Revolution. Several of them later fell victim to the purges under Stalin.

The number of political and intellectual figures that crossed the paths of Mark Mazower’s ancestors and maintained more or less close relations with them, is dazzling. They include the German intellectual Walter Benjamin; the Polish Bundist Shmuel Zygelbojm, who formed part of the Polish government-in-exile in London and committed suicide in 1943 to protest the Allies’ inactivity in the face of the Nazi destruction of Polish Jewry; the Russian-American anarchist Emma Goldman, and many more.

Mark Mazower’s father, whom he describes with great respect and affection, thus grew up in an intellectually and politically highly stimulating milieu. Not yet a teenager, he became politicized through the Spanish Civil War, and was briefly infatuated with Communism before becoming an active member of the British Labour Party. He later studied at Oxford after completing two years of service in the British Army.

In a combination of historical irony and family tragedy, his half-brother André, several years his senior and estranged from the family, would later settle in Spain, support the fascist Franco regime, and author several viciously anti-Semitic tracts.

Under conditions of the post-World War II boom, and after the experience of the rise of Stalinism and fascism, Mazower’s father settled down in London, providing the best possible circumstances for his sons to grow up in. Politically, he remains Labourite and anti-Zionist. Mazower certainly describes this turn to private life and to domesticity, after decades of political struggles in the family, with a hint of idealization.

Whatever the flaws of Mazower’s book, it provides a fascinating insight into how the history of the Russian revolutionary movement shaped entire generations and especially a layer of intellectuals who would eventually turn away from any active involvement in the socialist movement. This reviewer hopes that What You Did Not Tell will find many readers and that some of them will be motivated to delve more deeply into the rich and complex history of the Russian revolutionary movement.