Behind the FCC plan to abolish net neutrality

The recently released plan by the Federal Communications Commission to abolish net neutrality has evoked mass opposition across the US and around the world. Internet technology experts, online access advocates and the general public are justifiably outraged by the blatant attack by FCC Chairman Ajit Pai and his corporate backers on an open and free Internet.

Since the announcement on November 21, more than a half-million messages have been submitted to the FCC opposing Pai’s proposal that would give the telecom Internet Service Providers (ISPs) like Comcast/Xfinity, Charter Communications/Spectrum, AT&T and Verizon control over the flow of online content. 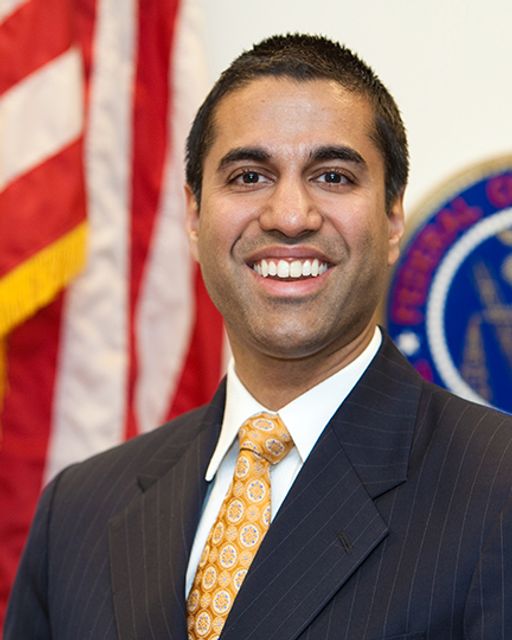 The basic concept of net neutrality is that all information on the Internet must be treated equally. The formal adoption of net neutrality under the Open Internet Order of June 2015 established a limited regulatory framework that blocked ISPs from restricting or amplifying different types and sources of Internet content based on their commercial interests.

After the election of Donald Trump and the appointment of Pai as FCC Chairman, the ISPs went on the offensive to overturn the Obama-era rules. Pai wasted no time in presenting an initial repeal draft in April and the new final draft is expected to be adopted with a 3-2 majority vote at the FCC’s December 14 meeting.

As explained by numerous Internet experts, the FCC’s deregulation plan opens the door to abusive practices by the owners of the technology infrastructure that connects hundreds of millions of wired and wireless computing devices to the Internet. Among these are blocking the IP addresses of websites and/or individual users, selectively throttling or slowing down the performance of Internet connections, and the creation of Internet fast lanes that require payment for preferred service levels.

The overturning of the net neutrality principles that have governed the Internet and the Web for decades marks a new stage in the drive by the US government and major corporations to censor online content. It comes together with the censorship of oppositional news and left-wing websites launched by Google and Facebook last spring under the guise of stemming fake news and unproven Russian interference in American politics.

The exposure of the fundamentally anti-democratic character of the FCC plan is critical to an understanding of the significance of the measures being implemented. In a speech on Tuesday evening, FCC Chairman Pai implicitly acknowledged this fact when he attacked those who took to social media to point out that corporate control of the Internet is authoritarian, threatening and dangerous. He accused anyone making these warnings of promoting fearmongering and hysteria.

However, an examination of the text of the FCC plan reveals that these characterizations are fully appropriate. With the support of both Democrats and Republicans, the broadband Internet monopolies are taking the steps necessary to promote and reinforce news coverage, commentary and other digital content that has been vetted by the state and corporate media organizations. They will also be used to delegitimize and close off access to information about the struggles of the working class and the revolutionary socialist political ideas on the World Socialist Web Site.

What is in the FCC plan?

Under the Orwellian title “Restoring Internet Freedom,” the 210-page FCC plan unambiguously abolishes net neutrality. The basic terms of the Declaratory Ruling, Report and Order, are that the telecom monopolies will no longer be considered communications utilities or common carriers under the Title II regulatory framework going back to the 1930s. Instead, the FCC plan reclassifies the ISPs as Title I information services.

These changes to the ISPs regulatory status and legal definition are highly significant. Under Title I requirements, the FCC will place oversight of the ISPs under the jurisdiction of the Federal Trade Commission, which has little or no ability to halt abusive, deceptive or unfair practices before they occur. The plan will abolish the requirements of Internet Conduct Standard rules with the argument that it is unlikely that the ISPs will engage in conduct that harms Internet openness.

At the core of the FCC proposal is the bogus claim that the 2015 net neutrality rules represented a departure from the policies of the previous 20 years embodied in the Telecommunications Act of 1996. The FCC document falsely states it is returning to a policy that debuted at the dawn of the commercial Internet, during the Clinton Administration, when an overwhelming bipartisan consensus made it national policy to preserve a digital free market

In reality, the 2015 Title II regulatory framework formalized de facto net neutrality that had been the governing principle of the Internet since the 1990s. The FCC’s promotion of a digital free market has nothing to do with protecting public access to information; it is an unabashed promotion of the corporate interests of the ISPs that have grown to dominate the commercial Internet infrastructure over the past two decades.

Behind the reclassification of ISPs from utilities to services is the claim that net neutrality regulation has stifled innovation. The plan document contains numerous references to market studies and capital expenditure surveys that show how the 2015 regulations have depressed the expansion of the broadband infrastructure and discouraged investment.

A review of the referenced documents and their sources, however, shows that the foundations and think tanks have ties to the telecom industry and sections of academia hostile to government regulation in general. For example, one of the reports, titled “Broadband Internet Investment Slowed by $5.6 Billion Since Open Internet Order” was published by the Free State Foundation, an organization with the stated goal of reducing overly burdensome taxes, and protecting individual and economic liberty, including property rights.

Additionally, alternative studies that document ISP investment has not stalled since the 2015 Open Internet rules have been excluded from the FCC document. For example, a report published by the online access group Freepress.net shows that total investment by all publicly traded ISPs is up by more than $7 billion since the FCC adopted net neutrality.

The FCC’s deregulation plan is rooted in fundamental processes of capitalist economics, principally the trends of media convergence and monopolization. Since the opening up of the Internet to business activity—especially after the commercial application of browsing on the World Wide Web in 1993, these trends became evident and have developed at an accelerating rate.

In the late 1990s, the Wall Street dot-com frenzy initiated a swallowing up of the home-grown and independent Internet service providers of the early days of the Web. Enormous sums were invested during these years with the expectation that dial-up Internet access companies such as AOL, AT&T Worldnet and Compuserve would yield significant returns. However, much of the industry remained regionalized with thousands of smaller providers competing for customers who used standard telephone lines and a modem to connect to the Internet.

After the collapse of the dot-com bubble, the number of independent ISPs began a precipitous decline. The crash of share values coincided with the development and expansion of broadband Internet services. Broadband is considered high-speed Internet access that is always on and is many times faster than dial-up.

The broadband industry began with the wired cable and telephone-based digital subscriber lines (DSL) and rapidly came to dominate the ISP landscape. It was then that several big regional ISPs—first based on the infrastructure of 1970s-era cable TV providers and the even older copper-wire telephone industry—emerged as the primary sources of consumer and corporate access to the Internet.

A scramble ensued in the first decade of the new century to consolidate the broadband Internet market into the small number of very large national corporations that dominate today. According to published statistics, just four companies—Comcast/Xfinity, Charter/Spectrum, AT&T and Verizon—have more than 75 percent of the 95 million fixed broadband subscribers in the US. In the case of the cable broadband segment, Comcast and Charter have more than 80 percent of the market and, especially when it comes to the fastest service levels, consumers have only one provider choice.

Alongside of this consolidation, the wireless broadband industry—based upon the cellular telephone technologies of the 1990s and 2000s—underwent a similar process of acquisition and consolidation leading to a handful of major corporations that dominate that market. The mobile broadband market is dominated by four companies—Verizon, AT&T, T-Mobile and Sprint—who serve 98 percent of the subscribers. Under this regime of corporate monopoly, it is an absurdity for the FCC to talk about an open Internet and market freedom.

Throughout this process, the ISPs enjoyed bipartisan support from the legislative and executive branches of local, state and federal governments to facilitate their emergence as monopolies. The Federal Communications Commission itself expresses this fact.

The FCC is a revolving door for representatives of the telecommunications industry. Chairman Ajit Pai is a former associate general counsel at Verizon. In 2011, Pai was nominated for a Republican position on the FCC by President Barack Obama at the recommendation of then Senate Minority leader Mitch McConnell. He was confirmed unanimously by the US Senate on May 14, 2012 for a four-year term.

The battle within the FCC over net neutrality has more to do with competitive business conflicts between rival groups of giant technology and media corporations than it does with any adherence to what the public understands as a free and open Internet. The adoption of Open Internet rules by the FCC in 2015 was the product of a battle between the so-called edge providers—Alphabet (Google and YouTube), Amazon, Netflix and Facebook—against the ISP monopolies.

Following the successful acquisition of NBC-Universal by Comcast in 2011, it became apparent that the ISPs had plans to facilitate their own Internet content at the expense of the edge providers and other competitors. So, the search, social media and video streaming businesses leveraged their political influence in Congress and the White House to get net neutrality adopted as a competitive block against theISPs.

Now, under conditions of deep political crisis and intensifying class conflict, there is a growing consensus within the ruling establishment that the Internet must be purged of oppositional, left-wing, socialist and anti-capitalist ideas, with the ending of net neutrality being yet another major step toward the implementation of Internet censorship.