“The government got to do whatever it wanted to do”

An interview with Mark Flessner, attorney for Davino Watson, US citizen illegally imprisoned by ICE for more than three years

Below is a transcription of an interview that this reporter held with Mark Flessner, a private attorney who represented Davino Watson, an American citizen who was illegally detained by Immigration and Customs Enforcement (ICE) agents from 2008 until 2011. Flessner, a partner at the Chicago law firm Holland and Knight, is a former assistant US attorney who has received numerous awards and has decades of experience as a trial lawyer. 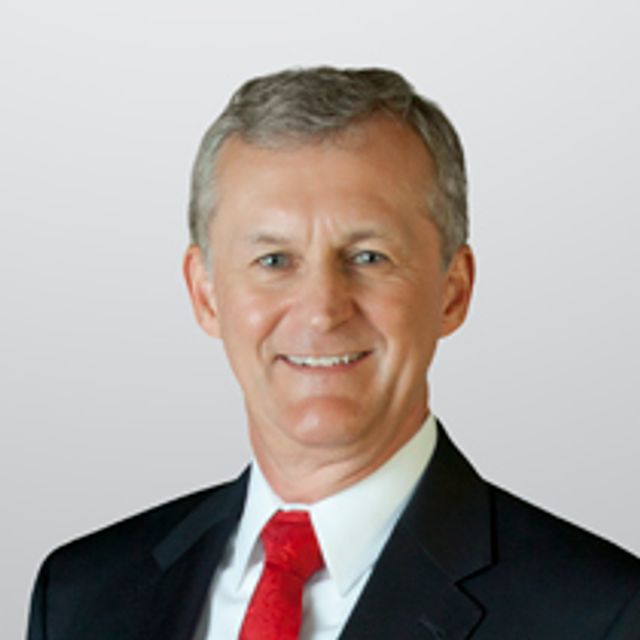 Watson is a naturalized American citizen who was detained by ICE in 2008. What followed was three and a half years of criminal ineptitude and malfeasance by the US government, as attempts by Watson to prove his citizenship were ignored or lost as he was shifted from detainment center to detainment center around the country.

In July of last year, Watson was denied damages from the US government, which had previously awarded him $82,500—payment for just 27 days of his incarceration—on the grounds that a two-year statute of limitation for suing the government had elapsed while he had been detained.

As the WSWS has noted, the government’s ruling represents an attack on democratic rights against an individual’s ability to seek redress against false imprisonment, and would have required Watson to begin suing the government before his own freedom and safety had even been secured.

Watson has established a Gofundme page to raise money to cover health care and other costs.

Nick Barrickman: Could you please briefly explain your relationship with Davino Watson?

Mark Flessner: We had an attorney/client relationship. He was referred to me by the National Immigrant Justice Center, which is an organization here in Chicago that does advocacy for asylum seekers, immigrants and Deferred Action for Childhood Arrivals (DACA) applicants. I do a lot of fundraising for them and I take on a lot of pro bono cases for them.

When they brought this case to my attention, I saw the injustice of detaining a United States citizen for three and a half years based upon bungle after bungle of error by the government agents at ICE (Immigrations and Customs Enforcement). I assumed that, had there been adult supervision at the US Attorney’s office in Brooklyn, they would have settled this case long ago and paid Davino compensation. They clearly violated his Constitutional rights and clearly treated him badly.

NB: Can you detail the courtroom behavior and some of the legal arguments used by the US attorneys to justify the government’s treatment of Mr. Watson?

MF: The US Attorney’s office for the Eastern District of New York went full force to paint Davino as being a criminal. I know that Davino felt that there was some racism there—had he been a white, upper-middle class guy that they would not have approached this case in the way they approached it. They treated him very disrespectfully.

Their cross examination of him on the stand, for instance, was all about things which were completely irrelevant to their mistakes and the incarceration. They put a guard on the stand from the detention facility in Buffalo [to say] how great a place it was to be detained and how lucky he was to be detained there for three and a half years. Number one—that claim wasn’t true, and two—it completely misses the point: they unlawfully detained a US citizen.

Their cross examination of him was about his youthful indiscretions. When he was young he got into teenage problems as many people do who immigrate to this country and have to adjust. He went through a shock incarceration program—a sort of military-style boot camp—and graduated. He really had a lot of hope in life; he started going back to school and was trying to make something of himself. But as you know, his hopes and desires were dashed when they detained him.

Another thing is the guards in the facilities: they just taunted him. They would tell him about how he was going to be on the next plane out of here and that he should “just get used to it” and that sort of thing. It was just disgraceful.

NB: Davino recounted to me that Judge Weinstein, who presided, had been asleep during the trial.

MF: I’m not going to comment on that; it’s not appropriate. He did appear as if he had his mind made up about the case irrespective of the evidence. Davino did say that he observed that behavior, however.

NB: Do you believe that the trial was conducted in good faith? Or do you think the main effort was to destroy Davino Watson for seeking damages from the government?

MF: As far as if the trial was conducted in good faith, I can’t speak to that. Almost any other US attorney’s office in the country would have looked at this case and said, “What we did here was wrong, and he deserves justice,” and they would have paid him. It’s not supposed to just be “win at all costs,” and there was no adult supervision there in order to prevent that from happening.

What was suspect was how the judge crafted the trial, by limiting the damages to just 27 days, which is just entirely contrary to the law. Then to award him just $82,000 in damages for three and a half years of incarceration and another two years of not being able to work because they wouldn’t issue his certificate of citizenship. The idea of how callous the government had been was just simply not recognized. I mean, this obviously is going to inflict damage to someone’s life.

The government got to do whatever it wanted to do: It hired—late, by the way—a psychologist, after we had hired one to document how damaging the experience was to Davino. They said “No, he’s fine.” They just hired a guy to say whatever they wanted him to.

NB: While we are on the subject of the damages, what was behind the judge’s reasoning for only awarding Davino compensation for 27 days of his incarceration?

MF: The judge had tried to find a loophole that was not based on anything real in the law. There was an opinion issued by the Board of Immigration Appeals that did not apply to Davino’s case but the judge applied it to his case. That was his way of limiting the damages. It was just disgraceful. They admitted that it [the incarceration] was contrary to the law when they released him; they wrote memos saying that they shouldn’t have done this.

NB: I appreciate you taking the time to go over this case with us.