Deportation of 30-year US resident from Detroit sparks outrage

On Monday, Jorge Garcia, a 39-year-old landscaper, was deported from Lincoln Park, Michigan to Mexico on the orders of US immigration officials, sparking condemnation both locally and nationally.

Garcia leaves behind his wife, Cindy Garcia, a retired Ford Dearborn truck autoworker; 15-year-old daughter Soleil; and 12-year-old son Jorge Garcia Jr., all US citizens. Garcia has been fighting for years to stay in the US with his family. Cindy told the Detroit Free Press that the family has spent over $125,000 since 2005 on attorney fees in attempts to obtain legal residency status 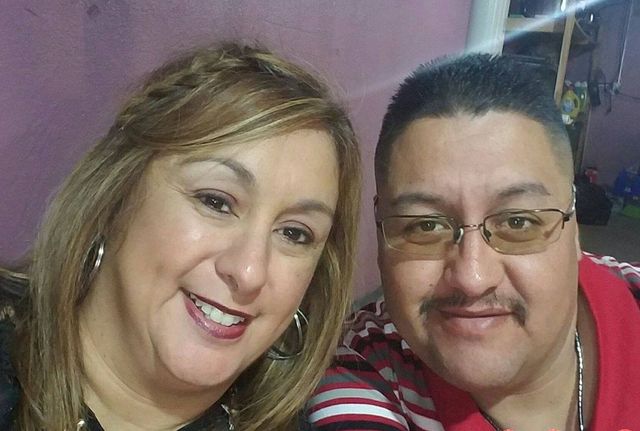 In comments reported on CNN, Cindy Garcia said, “He’s not a criminal... His case needs to be looked at individually, because he deserves to be here in a country that he’s known, not Mexico”

Jorge Garcia told the Free Press on Sunday, “I got to leave my family behind, knowing that they’re probably going to have a hard time adjusting. Me not being there for them for who knows how long. It’s just hard.”

An undocumented family member had originally brought Garcia to the US from Mexico when he was 10 years old. He had been facing a removal order but received temporary stays of deportation. However, under the immigration crackdown ordered by the Trump administration, authorities refused any further stays. In November, immigration officials told Garcia he would be detained. “Our faces just went pale,” Cindy Garcia told CNN. Jorge Garcia was told to leave after the Thanksgiving holiday but that was extended until the New Year.

Garcia had asked Immigration and Customs Enforcement (ICE) for an extension until the final decision on the Deferred Action for Childhood Arrivals program, or DACA, to give him more time with his family; however, that was denied. Garcia is just over the age requirement to officially qualify for DACA, which permits the children of undocumented workers to attend school and/or work in the US.

Garcia’s deportation comes in the wake of an increased assault on undocumented workers around the country as part of the Trump administration’s effort to purge the US of immigrants. Soon after taking office, Trump signed an executive order that expanded the number of ICE agents, ending exemptions for any class of immigrants. As a consequence, the number of immigrants arrested has risen by more than 30 percent since 2016.

Following the round up of Iraqi Chaldean immigrants last year, four metro Detroit 7-11 convenience stores were targeted last week as part of a nationwide sweep to intimidate undocumented immigrants.

Garcia’s case exemplifies the brutal and arbitrary character of US immigration policy. According to Cindy, Jorge Garcia may be barred from reentering the US for 10 years, in spite of the fact that he has no criminal record. He had tried to fix his immigration status in 2005 by applying for a green card, but his attorney turned out to be incompetent and filed the wrong paperwork. He was ordered out of the country in 2006 by an immigration judge, but Garcia appealed the ruling. In subsequent years Garcia’s deportation was delayed by immigration officials.

Despite the immigration crackdown ordered by the Trump administration, total deportations under his administration declined by nearly six percent from 2016, the last year of President Obama’s term. During 2017 the number of immigrants detained at the US border fell to 310,531, the lowest number in 17 years. The worst year for deportations was 2012, under Obama, when 409,849 were sent out of the country. Most of those detained were stopped at the US-Mexico border.

The deportation of Garcia is the latest atrocity in the ongoing war on immigrants. It follows Trump’s racist outburst last week denouncing immigrants from Haiti and Africa. The incident served as an embarrassment for Democrats, who are working with Republicans on new immigration legislation to further militarize the US-Mexico border and expand the attacks on immigrants. It also follows the decision by the Department of Homeland Security to end protected status for 250,000 immigrants from El Salvador, refugees from that country’s devastating civil war, who have been living in the US for decades.