“He needed help and instead he got five shots”

Early Monday morning, Cody Reynolds, a 20-year-old white youth, was shot and killed by a Royal Oak, Michigan police officer responding to a domestic dispute call in the Detroit suburb.

Around 3 a.m. Cody’s mother called the police to report that her son stabbed her and attacked his father with a guitar. An officer who has been with the department for at least four years arrived on the scene and encountered the youth walking down the street. Cody was dead just 30 seconds later.

The officer asked Cody if he attacked his mother. Cody replied, “Yeah, I stabbed my mom.” Ordered to the ground by the officer, Cody at first complied, putting his hands over his head and getting down. However, he then suddenly jumped up and the lone officer fired his gun multiple times.

The Royal Oak Police Department claims they found four casings on the scene of the crime while viewers of the dashcam footage can hear five shots.

“The doctors and nurses worked on him for hours and tried everything they could but there was just too much damage. And that’s my problem with the amount of shots that were fired—one shot shouldn’t have even been fired—but maybe if you didn’t shoot off five within a matter of seconds, they would have been able to try to save him,” Stephanie, a friend of Cody’s and a server at the local restaurant where Cody worked as a busboy, told the World Socialist Web Site.

“Maybe if they felt the need to shoot him that badly, if they only shot once to slow him down or actually see what’s going on, they would have been able to save him. There wouldn’t have been so much damage. He would still be alive right now and he would be here to tell his side of the story of what actually happened that night. Maybe he was having a mental breakdown, and he just needed help and he didn’t know how to handle it or deal with it.” 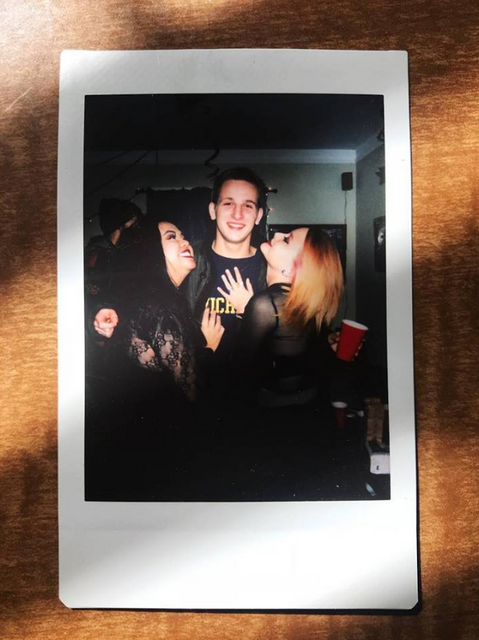 Stephanie explained how Cody’s life had been dramatically impacted by a drunk driving accident just last year in which he struck and paralyzed a young woman with whom he had apparently attended high school. He was sentenced to jail, released on good behavior after several months and was still on probation at the time of the assault on his parents.

“He was still going to probation and doing everything he was supposed to do. I’ll never forget when I saw him the day after he got out of jail for that. He was devastated and completely heartbroken. He couldn’t believe that he did that. Not so much that he got in trouble, but that he injured and hurt this girl, and his priority was that she was going to be okay, not that he was in trouble,” Stephanie said.

“He definitely needed help, not what he got. The DUI and the jail—I know how bad he felt every single day for hurting that girl. You definitely could tell it took a mental toll on him. He wasn’t the happy, cheery Cody that we knew for a long time because of how awful he felt about it,” Stephanie noted. “I really think he just didn’t know how to handle it or deal with it and I doubt that he was getting help to deal with all those emotions and everything he had going on inside. He just never really seemed 100 percent back to being happy and himself after all that happened.”

“I think that the DUI—when he did that, it really, really, really messed him up. I could tell. As soon as he got back from jail he was not the same person,” Kyle, another friend and coworker of Cody’s, explained. “He was a lot quieter and you could tell he wasn’t as happy. He was living with the weight of paralyzing somebody… It was a lot for him to deal with. He told me multiple times that…he wished he could go back and not do it.”

“He was just an incredible person,” Kyle noted. “He never failed to bring a smile on my face, even when I come to work on the most pissed off or saddest days that I have. It’s hard to believe that something this horrible could happen to somebody that nice.”

“He doesn’t deserve to be remembered as a crazy kid who messed up because that wasn’t him. He had no idea what was going on” that night, Kyle said.

“He was lost. He’s smart enough to know not to run at a cop. Unarmed or armed, especially with how high the stakes are with police... There was something wrong. He needed help and he didn’t get it… He needed help and instead he got five shots. And for somebody who’s standing there in a bulletproof vest with nonlethal weapons including a night club and a Taser, it seems pretty unacceptable to me. In the video you can’t see much but when he gets up he runs at them with his hands in the air. He’s not reaching for anything. He’s not trying to pull anything out to attack with.” 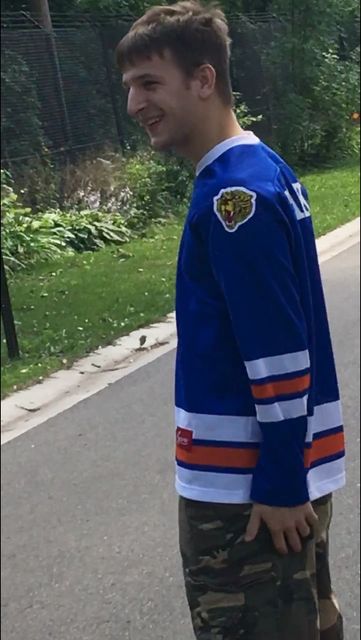 Kyle noted that the routine excuses used in every police killing in the United States, of which there are more than 1,000 every year, were also being used to justify Cody’s murder. “They [the cops] go immediately to slander because they don’t want to be perceived as guilty. It’s a defense mechanism that’s been around I would venture to guess since the 1960s or since Rodney King. It’s always, ‘He was threatening us,’ or, ‘We felt like our lives were in danger.’

“They’re really not public servants anymore, they’re like hired guns. It’s becoming more of a gang than a public protection force… There’s no reason to slander Cody’s name and to drag his name through the mud just to make you guys look better because you killed him. It’s clear that they’re trying to make it like they weren’t in the wrong and that he was a bad person. There’s no background story, they emphasize his DUI and criminal record.”

Stephanie also condemned the effort by the police to excuse Cody’s killing by citing his prior criminal conviction. “I watched the first news release right after it happened, and they just kept calling him a felon and it’s like, they’re making him sound like he’s this horrible criminal with this horrible past, like a drug dealer or has been in and out of jail the way they keep describing it,” said Stephanie. “And it’s like, he has a DUI. Of course it’s awful that someone got injured in it, but how many people do we know who have DUIs? The way they keep describing it—it’s just awful.

According to a tally kept by the Washington Post, Cody was the 395th person to be shot and killed by the police this year. The ongoing epidemic of police murder, which has seen an average of three people killed every day, is on track to set a new record with 27 more fatal shootings this year than at the same time last year. As in previous years, only a handful of these killer cops will be charged with a crime and even fewer will be convicted.

A recent study found that more than 100,000 years of life were lost in 2015 and 2016 alone due to police killings. While African Americans are disproportionately killed by police, the victims of police violence are of every skin color and ethnicity and the largest share, as in Cody’s case, are white. What unites all the victims is that they are working class and poor.

On Tuesday, the day after Cody’s death, Donald Trump addressed the 37th Annual National Peace Officers’ Memorial Service in Washington, D.C. The US president made a notably fascistic appeal to the police, declaring the country must show “appreciation, gratitude and respect” for police officers in order to “bring down violent crime” and “end attacks on our police.” Trump called for the death penalty for anyone who kills a cop. “We believe criminals who kill our police should get the death penalty—bring it forth.”