US education secretary attacks separation of church and state 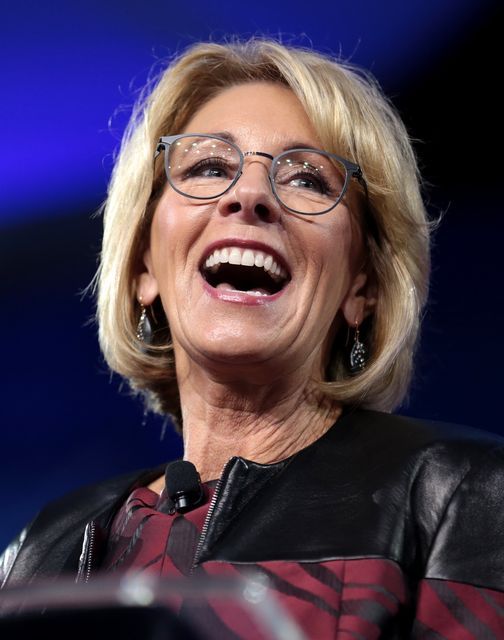 On Tuesday and Wednesday last week, US Secretary of Education Betsy DeVos made her first official visit to New York City. She declined to visit the nation’s largest public school district and instead toured two Orthodox Jewish schools, the elite Manhattan School for Girls and the Yeshiva Darchei Torah for boys. She also spoke at the Albert E. Smith Foundation, meeting with Cardinal Timothy Dolan and other Catholic dignitaries.

New York yeshivas have been under investigation since 2015 in the wake of allegations that 39 Hasidic schools failed to teach math, science or English and conducted classes only in Yiddish. Young men are restricted to studying only religion after age 13 and allegedly many students struggle to write their names in English upon graduation.

As these schools received millions in government funds, they are required by state law to teach an “equivalent” curriculum to public schools. Such matters did not appear to concern DeVos whose tours provided her an opportunity to “better understand Jewish education” and, more importantly, offer her strongest support yet for public funding of religious and other private schools.

Speaking at the Smith Foundation, DeVos said, “I know there are powerful interests that want to deprive families their God-given freedom” to choose private schools. She failed to point out that the cost of attending the Manhattan School for Girls was $20,000 a year.

DeVos’ tour followed the May 9 Department of Education (DOE) announcement that it would scrap or amend a number of rules that restrict faith-based entities from receiving federally-administered funding. The DOE said it will review any provisions that “unnecessarily restrict participation by religious entities” or could “eliminate unnecessary burdens” on religious activities. Attorney General Jeff Sessions had already mandated that “religious observance and practice” should be accommodated in all government activity. 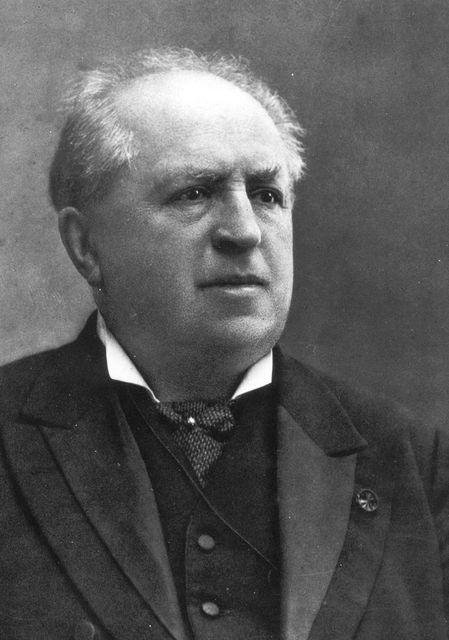 This mission is a preoccupation of the DeVos family. “There are not enough philanthropic dollars in America to fund what is currently the need in education…” which is, said DeVos in 2011 “to advance God’s kingdom.” Husband Dick DeVos then rued the fact that “the church has been displaced by the public school.”

The DeVos family has used its Amway fortune to bankroll a national effort to promote vouchers and charter schools to undercut the funding of public education and pave the way for its complete privatization. DeVos, together with the Wall Street interests behind her, see both a lucrative and ideological potential in tearing down the “wall of separation between church and state,” as it was so famously put by Thomas Jefferson.

Standing in their way are not only the First Amendment and its “establishment clause,” but also the Blaine amendments. In effect in 37 states, these latter statutes explicitly prevent the use of public funds for private schools. At her Wednesday speech, DeVos confidently predicted the Blaine amendments may not “be around much longer.” Pandering to her Catholic hosts, she maligned “Blaine” for arising from “anti-Catholic bigotry” and “an ugly history of unjust laws that force families to violate their consciences.”

Far from an “ugly history of unjust laws”, the Blaine amendments were inspired by President Ulysses Grant in 1875 when he called for a constitutional amendment mandating free public schools and prohibiting the use of public money for sectarian education.

“Encourage free schools, and resolve that not one dollar, appropriated for their support, shall be appropriated to the support of any sectarian schools,” Grant implored, adding, “Keep the Church and State forever separate. With these safeguards, I believe the battles which created the (union) Army of the Tennessee will not have been fought in vain,” addressing veterans of the hard-fought Civil War battles of Vicksburg, Chattanooga and Shiloh.

Taking up this cause, Congressman Blaine’s amendment, introduced in December 1875, passed overwhelmingly in the US House of Representatives, but failed by four votes in the Senate and never became federal law. However, due to overwhelming popular support for the measures, supporters of public education turned to state legislatures and were successful in passing laws that accomplished the same end on the state level. All but 10 states did so.

The elimination of Blaine amendments has taken on a new emphasis with the heavily-funded drive for school privatization and the work of the right-wing American Legislative Exchange Council. Blaine, in fact, has become a more practical barrier to vouchers than the First Amendment from which it is derived. This is despite the precedent set in 1947 when US Supreme Court Justice Hugo Black ruled strongly in favor of the wall of separation between church and state in Everson v. Board of Education of Ewing. “Neither a state nor the Federal Government can set up a church. Neither can pass laws which aid one religion, aid all religions, or prefer one religion over another,” Black ruled.

However, in the aftermath of their reactionary decision in the stolen election of 2000, the US Supreme Court issued a similarly undemocratic 5-4 decision in 2002 holding that school vouchers did not violate the establishment clause. Writing a dissent, Justice David H. Souter emphasized that the establishment clause in relation to school funding was settled in Everson v. Board of Education of Ewing, and argued, “No tax in any amount, large or small, can be levied to support any religious activities or institutions, whatever they may be called, or whatever form they may adopt to teach or practice religion.” He emphasized that, at that time, 96.6 percent of current voucher money went to religious schools.

Stephen G. Breyer, in a separate dissent, also decried the 2002 decision as “turning the clock back” and warned it could encourage domestic religious conflict. He referenced the fact that the First Amendment arose after decades of religious wars and based itself on religious tolerance. Finally, he stated that if adopted school vouchers “may well provide billions of dollars” for the religious education of the young.

Marshalling her best arguments against Blaine and the separation of church and state, DeVos told the ecclesial group that public schools were a reason for the collapse of American standing in the world including, unbelievably, the US team finishing fourth at the PyeongChang Winter Olympics.

To back up such claims, DeVos quoted the old reactionary, Pope Leo XIII: “The contention that the civil government should—at its option—intrude into and exercise intimate control over the family and the household is a great and pernicious error.” DeVos, intoned, “Pope Leo was right! Government can’t know the needs of individuals better than a parent, a pastor or a friend.” Leo, who held the papacy from 1878-1903, was also known for opposing “freedom of thought, or speech, or writing or worship.”

Not content to stop there, DeVos added that Pope Pius XI wrote that “any monopoly” that “forces families to make use of government schools, contrary to the dictates of their Christian conscience, or contrary even to their legitimate preferences” is fundamentally “unjust.”

According to the medieval outlook of DeVos, secular education unjustly imperils “religious freedom” and therefore the state should subsidize the church and religious indoctrination. The corollary of this is the starving of funds from public education and its destruction.

DeVos, representing the parasitic interests of the financial oligarchy, invokes age-old religious obscurantism and bigotry as a battering ram against the democratic and social right to high-quality public education. How far the American ruling class has travelled in breaking with traditional bourgeois-democratic and constitutional norms! The “wall of separation” between Church and state was enshrined in the First Amendment of the US Constitution because it was understood as necessary to open the path to democracy, reason and progress. Those aims are now wholly the province of the revolutionary, international socialist movement.

Betsy DeVos: Religion and profit in the war on public education—Part 1
[13 December 2016]

Secularism and the American Constitution
[18 July 2005]