A mother and her five children died early Saturday morning while trying to escape a fire at the Cosmo Extended-Stay Motel, located just outside of Benton Harbor, a small, impoverished city in southwest Michigan.

Kiarra Curtis, 26, and her children—Marquise Thompson (10), Gerome Randolph (7), Samuel Curtis (5), Savod Curtis (4) and Avery Curtis (2)—were found by a fire rescue team in the second-floor hallway of the two-story motel, just outside of their one-room dwelling, according to a statement given by Berrien County Sheriff Chief Deputy Robert Boyce. Kiarra Curtis’ husband and one-year-old child escaped and were treated for smoke inhalation.

The middle and east section of Cosmo Extended Stay Motel.

Boyce said the fire began in a first-story apartment in the middle section of the three-building complex. But the fire, and especially the smoke, quickly spread to the second floor and the other two buildings.

The motel’s rooms were equipped with smoke detectors and sprinklers, but Boyce said investigators had not yet determined whether they were working. Residents told the World Socialist Web Site that in the entire complex, only one smoke detector actually went off. It was still ringing as the residents awaited approval from the fire marshal to retrieve their belongings.

Twenty-seven rooms were occupied at the time of the fire. Ninety percent of the rooms sustained some form of fire, smoke or water damage.

Survivors of the fire are being temporarily housed in a nearby middle school. The American Red Cross is coordinating the relief efforts.

This tragedy underscores the desperate and dangerous living conditions confronting millions of low-income and unemployed workers across the United States. Extended-stay motels are proliferating as dwellings for working class families one step removed from living on the streets.

Benton Harbor is one of the most economically devastated cities in Michigan. According to areavibes.com, which aggregates economic data from the US Census and the Council for Community and Economic Research, the city of Benton Harbor has an unemployment rate of 13 percent and a poverty rate of 49 percent. Its median household income is $18,962, and its income per capita is only $10,980. 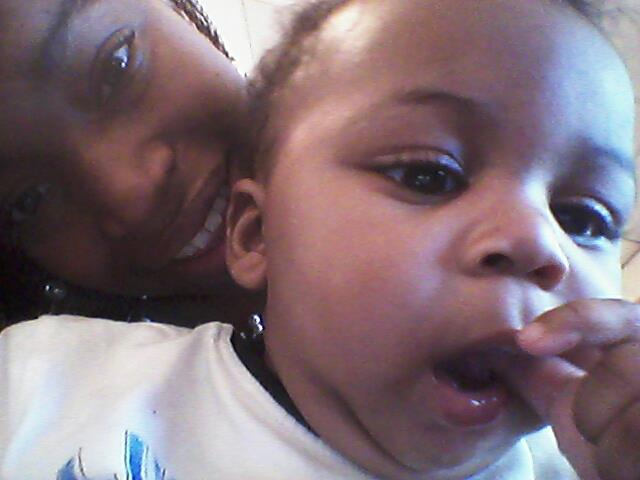 Kiarra and one of her children in a picture posted to her Facebook profile.

Today, around 90 percent of the city’s residents are African-American.

The city grew in the post-World War II period as a center of Midwest industry. It is still the corporate headquarters of home appliance manufacturer Whirlpool. By the 1960s, the city had a population of around 20,000 and was home to manufacturers like Whirlpool, Superior Steel Castings, Benton Harbor Malleable, Paramount Die Castings, Clark Equipment and Auto Specialties.

As the post-war economic hegemony of the United States eroded in the 1970s and 1980s, these and other factories closed or downsized, leaving behind unemployment and all its accompanying miseries. Mick Dumke, writing for the Chicago Reader in 2008, said that 5,500 jobs were lost in just a year-and-a-half in the 1980s.

Like Detroit and Flint, Benton Harbor was targeted by Michigan’s anti-democratic emergency manager laws. In 2010, Emergency Financial Manager Joseph Harris announced a plan to cut costs for the city by eliminating the fire department.

Residents of the Cosmo Extended-Stay Motel told South Bend ABC affiliate WBND that the fire responders took 45 minutes to arrive at the scene.

The WSWS spoke with residents at the scene. When asked if he had a message for the international working class, Daniel, who was at his third-shift job at a local gas station at the time of the fire, replied, “It’s just another day in the neighborhood for us. What needs to be known is that these people [who run] these hotels, they aren’t doing what they need to do.”

Dartagnan, a father who had managed to escape with his children, added, “They haven’t been over here yet!”

Jessica, another resident who also works at a local gas station, “They don’t have security cameras up like you would think. This fire alarm [which was still ringing] went off after the fire was put out.”

Dartagnan described how inaccessible the property manager had been. “He’s over there with the other manager, and corporate, and he isn’t answering the phone for nobody calling… We just paid rent yesterday. That’s why I’m saying he has to tell me something. They already took people to a shelter, but my stuff is not damaged. I’ve got to get my stuff out of here once they give the all-clear. Then I’m going to go find him, because he has to do something.”

When they were told of the Grenfell Tower fire of 2017, the residents agreed on the similarities between the two tragedies.