Won’t You Be My Neighbor?—A new documentary about Fred Rogers and his television program

This year marks the fiftieth anniversary of the debut of Mister Rogers’ Neighborhood, the beloved children’s show broadcast on public television in the United States from February 1968 to August 2001.

A new documentary by Morgan Neville (20 Feet from Stardom, Keith Richards: Under the Influence) provides an interesting and often moving history of the show and its influence on generations of children. 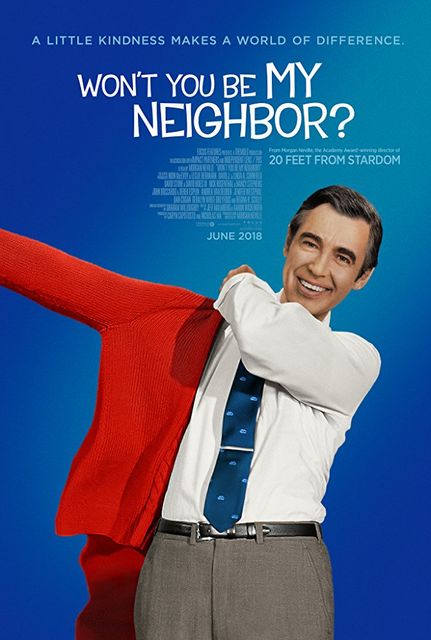 Poster for the film

As Margaret Whitmer, one of the show’s producers, amusingly tells Neville, “If you take all of the elements that make good television and do the exact opposite, you have Mister Rogers’ Neighborhood.” Its host was Fred Rogers (1928-2003), a mild-mannered Presbyterian minister and lifelong Republican who wore cardigan sweaters knitted by his mother. Neville’s film pays tribute to what he considers the more “radical” side of Rogers, especially his “radical kindness.”

Rogers was indeed a gentle, compassionate figure. Throughout his life he expressed a genuine interest and sense of wonder about the world and the people in it. He was especially concerned about the healthy development of children and devoted his life to their educational, spiritual and cultural nourishment. While some of his work may have been motivated by his religious beliefs, Rogers never imposed them on viewers.

Rogers’s show addressed many of the joys, fears and formative lessons unique to childhood. He famously reassured children that they would not disappear down the drains of their bath tubs. But he also addressed some of the major social traumas of his time. 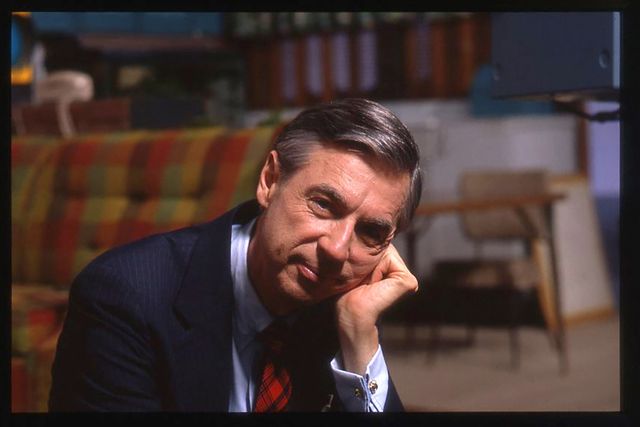 Mister Rogers’ Neighborhood changed very little in its three decades of production: During each show, Rogers would enter his house (a set at the public television station in Pittsburgh), change into his trademark sweater and talk directly to the camera and, through it, to his young “neighbors” at home. He would sing songs that he had also written, having studied music composition at Dartmouth and Rollins College. He would sometimes visit other places in the neighborhood, perhaps a music store, bakery, hospital or firehouse.

Then there would be a segment set in the “Neighborhood of Make-Believe” in which Rogers used a combination of puppets (mostly voiced and controlled by Rogers himself) and live actors to perform dramas meant to convey important lessons to children.

During the program’s first week in 1968, in the midst of the Vietnam War, the topics addressed by Rogers were anything but child’s play. He tackled themes of war, xenophobia and despotism. In the Neighborhood of Make-Believe segment, bombs were falling and King Friday XIII, “the last benevolent despot,” was busy building a border wall to keep out undesirable intruders from other parts of the neighborhood.

In June 1968, Rogers set himself the difficult task of addressing the killing of Robert F. Kennedy. Neville’s film shows a stunning and horribly sad moment when the puppet Daniel Tiger suddenly asks actress Betty Aberlin in a fragile voice, “What does assassination mean?” Later, a somewhat shaken Rogers talks to any parents who may be watching and tries to give them advice on how to help children cope with such a disturbing situation.

When in 1969 the Nixon administration sought to cut in half the derisory $20 million in funding set aside for national public television, Rogers went to the Senate to testify against the cuts. In a moment out of a Frank Capra movie, Rogers calmly explains the importance of his work for the mental health of children and then cites lyrics from his song “What Do You Do with the Mad That You Feel?” Among other lyrics, Rogers recites, “It’s great to be able to stop when you’ve planned a thing that’s wrong and be able to do something else instead.” The impatient Senator John Pastore, a Democrat, who had initially been somewhat hostile to Rogers, soon melted in front of him, saying, “Looks like you just earned the 20 million dollars.”

Rogers also used the Neighborhood program to fight racism. Neville shows archival news footage of hotel owners pouring cleaning chemicals into their pools to force out African-American swimmers. Then Neville cuts to an episode of Rogers’ Neighborhood in which the host cools his feet in a small pool and invites African-American actor and singer François Clemmons to join him. As the two men cool their feet side by side, Rogers smiles and looks directly into the camera as if to say, “Do you see how perfectly normal this is?” 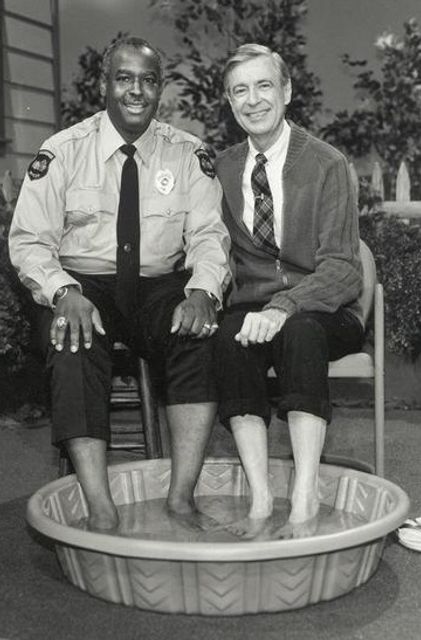 Some of the more fascinating footage in Neville’s documentary shows Rogers as an older man greeted on the street by former viewers, who tell him how much he had meant to them. They instantly open up about their entire lives and Rogers stops for a long time to talk and hug them all, sometimes to the annoyance of those whose job it was to guide Rogers to his next appointment.

There was something more than nostalgia at work in those moments, and one suspects that’s also true of the overwhelmingly positive response by audiences to this film. Rogers’ compassion and humanity is something of an antidote to the vindictive cynicism promoted in the mainstream media and the inhumane treatment most ordinary people receive at their jobs or while facing down the bureaucracy standing between them and adequate health care or other vital social services.

Rogers’ mild manner has often been the subject of parody and ridicule, and Neville’s film takes this up as well. Certain right-wing commentators have blamed Rogers for giving birth to “snowflake” millennials who think they are “special.” Interestingly, one of the talking heads seen criticizing Rogers along these lines is Fox News host Brian Kilmeade. This is the same Kilmeade who recently dismissed the suffering of immigrant children held in the cages of American internment camps, saying, “Like it or not, these aren’t our kids.”

Rogers took parodies of his work in stride. But he answered critics like Kilmeade in a commencement speech delivered at Dartmouth College in 2002. Rogers told an audience of graduates, “You don’t ever have to do anything sensational for people to love you. When I say it’s you I like, I’m talking about that part of you that knows that life is far more than anything you can see or hear or touch, that deep part of you that allows you to stand for those things without which humankind cannot survive, love that conquers hate, peace that rises triumphant over war and justice that proves more powerful than greed.”

In recent interviews, Neville has said he hopes to reconnect his own viewers with the “radical kindness” promoted by Rogers. Fair enough. But it would be more than naïve to think that if everyone were just a little kinder, or more perfectly in tune with Rogers’ benevolence, the world would be a better place. There won’t be any Frank Capra moments before the present Congress, nor any convincing those in power to grant us access, finally, to a world where kindness and solidarity prevail. Only a determined, relentless political struggle against the system that produces war and greed will do that.