Workers at the October 30 Australian Council of Trade Unions (ACTU) “Change the Rules” rally in Newcastle spoke to Socialist Equality Party (SEP) members about the destruction of working conditions that both Liberal-National and Labor-led governments have enforced.

Ron, a 57-year-old prefab concrete production worker, was employed as a casual for the past five years by a company that makes bridges and rail platforms, without being offered a full-time position. He suffered an injury and has been “thrown on scrapheap.”

“When I was young and first went into an industry, I never thought I would see the levels of casualisation that exist today,” Ron said. “A worker could always get full-time work, but not now. For many workers, casual work with no entitlements, no holiday or sick pay is the only thing on offer.

“They claim that casual workers get loading instead of conditions but it is not easy to put this money aside to cover sick leave and holidays. With the cost of living now and low wages the slightly higher rates of pay are quickly eaten up just feeding a family and paying for other essentials.”

Ron said he attended the rally “because I am concerned about the prevailing situation that only looks after company profits, and something has to be done to change this.”

When an SEP member explained that the ACTU campaign was not about defending workers’ conditions but was aimed at the election of another big business Labor government, Ron commented: “I do not think that electing Labor will make any difference because it has lost all connection with the working man.

“That connection does not exist. Even workers in the mining industry have lost their conditions and are now forced to work six days a week around the clock. This has happened when Labor and the Liberals have been in government.”

Ron said conditions had collapsed because under the industrial relations laws, “the unions have lost their power.” When it was explained that the unions had fully supported draconian Fair Work industrial legislation introduced by the previous federal Labor government, Ron stated: “I am really shocked to hear that.”

An SEP member explained the need for the construction of new organisations that would organise a struggle against the employers’ offensive and fight for a genuine workers’ government to carry out socialist policies. Ron said: “That could be the way to go. I will really think hard about this.” 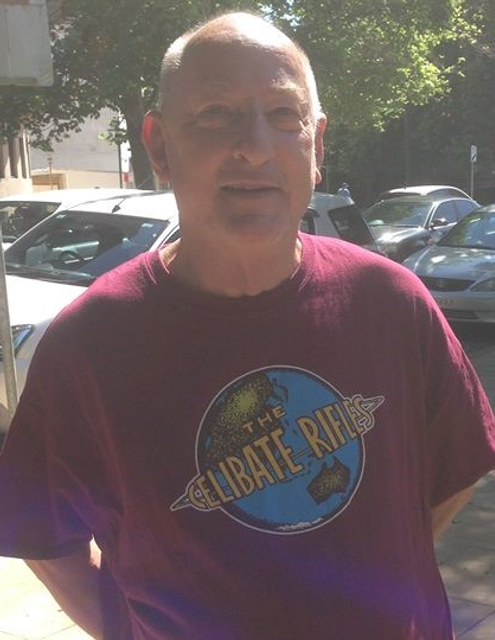 Jeff, a member of the New South Wales Teachers Federation, said he had been following the ACTU campaign in the media. He said the attack on workers’ conditions was not just happening in Australia but “is going on worldwide.”

“Workers are just getting screwed,” Jeff said. “Wages aren’t going up in line with the cost of living, and yet companies such as Apple are making massive profits and pay no tax. It needs to be a lot more of an equal playing field than it is. The workers are paying more and more. There are indirect taxes, there’s GST [goods and services tax], there’s income taxes and all that. The cost of living is going up through taxation. For corporations they pay less and less.”

Asked about union calls for the election of a Labor government, Jeff said: “It won’t make any radical difference. I don’t see any change in policy. Labor and Liberal are two sides of the same coin. I don’t see either party being able to bring about any real improvement for workers.” 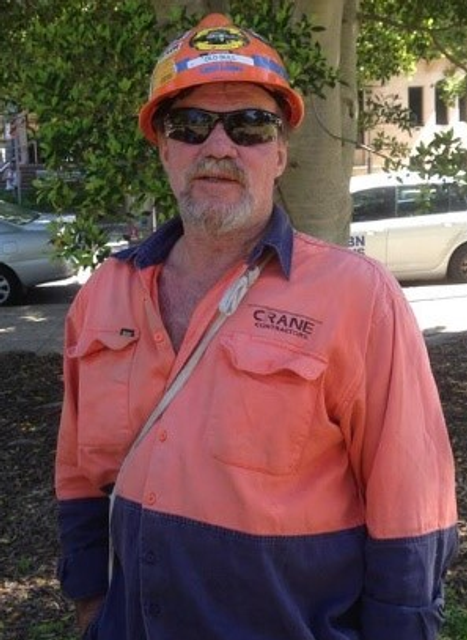 Shane, a crane operator, told an SEP campaigner he was concerned about the future, saying: “I have two sons in the crane industry that I’ve got to worry about.”

Shane said a change was needed. Employers “have had it all their own way for so long. The trickle-down effect hasn’t worked, has it? We need to try a different angle. The right to use our organisations, and our ability to strike has been taken away and we’ve been forced to deliver productivity gains until there’s nothing more to give away.”

Shane commented: “Now, when there’s a dispute, the union officials and management just come together and settle it. In the past I’m not sure that we really had the right to strike either, but we found a way somehow and got away with it. Now they have closed that on us through legislation.”