The Guardian attack on Assange exposed as politically-motivated fabrication

Last week’s sensationalist allegation by the Guardian newspaper, that WikiLeaks publisher Julian Assange met with Paul Manafort, American political lobbyist and one-time campaign manager for Donald Trump, has been exposed as a politically-motivated tissue of lies.

The online article was presented as being co-authored by Luke Harding and Dan Collyns. Harding has written a number of pieces seeking to paint Assange as an accomplice in a Russian government conspiracy to ensure that Democratic Party candidate Hillary Clinton lost the 2016 US presidential election to Donald Trump.

In the print edition of the Guardian, however, it was also credited to Fernando Villavicencio, an Ecuadorian journalist. He has previously been accused of fabricating stories against former President Rafael Correa, whose government granted Assange political asylum in the country’s embassy in London in 2012. 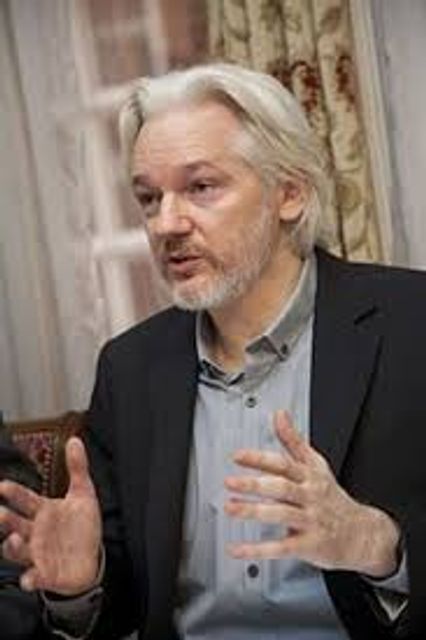 The article alleged that Julian Assange held meetings with Manafort in the Ecuadorian embassy in London in 2013, 2015 and March 2016. The claim was then widely reported internationally as another “smoking gun” to “prove” that WikiLeaks worked with Russian intelligence to hack Democratic National Committee (DNC) and Democratic Party emails and then collaborated with Trump-linked figures to publish them, beginning July 22, 2016, and undermine Clinton.

The Guardian’s assertions have been totally discredited. There is no evidence that any meetings took place between Assange and Manafort.

As well as denials by both WikiLeaks and Manafort and their threats of legal action against the newspaper, the claim was rejected as nonsense by Fidel Narváez, Ecuador’s counsel, then first secretary, at the London embassy from 2010 to the start of 2018.

In an interview with the Canary news site, Narváez rejected the Guardian’s insistent claims that Manafort’s visits had taken place, despite there being no record in the official embassy entrance log.

He stated: “It is impossible for any visitor to enter the embassy without going through very strict protocols and leaving a clear record: obtaining written approval from the ambassador, registering with security personnel, and leaving a copy of ID.

“The embassy is the most surveilled on Earth; not only are there cameras positioned on neighbouring buildings recording every visitor, but inside the building every movement is recorded with CCTV cameras, 24/7. In fact, security personnel have always spied on Julian and his visitors. It is simply not possible that Manafort visited the embassy.”

Paul Fahri wrote in the Washington Post on December 4 that “the Guardian’s bombshell looks as though it could be a dud. No other news organisation has been able to corroborate the Guardian’s reporting.”

The Guardian, however, has not retracted its allegations. Nor have the vast majority of newspapers and television news stations which repeated them condemned the fabrication. The article has served its intended scurrilous purpose. It has lent credibility to the hysterical campaign by the American intelligence agencies and Democratic Party establishment to portray the US as the victim of nefarious Russian-WikiLeaks “interference.”

Amid unprecedented social tensions and an upsurge in the international class struggle, the allegations of Russian “meddling” have provided the pretext for state-dictated censorship of left-wing and oppositional views by major Internet companies such as Google and Facebook. In the US, the claims have been used by the military-intelligence apparatus to pressure the Trump administration into adopting an ever more bellicose foreign policy against Russia.

The attempt to implicate WikiLeaks in a Russian plot has no less anti-democratic motives. It is aimed at justifying the prosecution of Julian Assange on charges of “conspiracy” with a foreign power to manipulate the outcome of the 2016 election, rather than the sealed charges of espionage that were filed against him in late 2010, after WikiLeaks published documents that exposed US war crimes in Iraq and Afghanistan and international diplomatic intrigues.

The establishment media like the Guardian has self-interested concerns over any prosecution of Assange for publishing these whistleblower leaks. In 2010, newspapers such as the New York Times, the Guardian, Der Spiegel, Le Monde and El País eagerly worked with WikiLeaks to publish the explosive information leaked by Chelsea, formerly Bradley, Manning. Moreover, virtually every major newspaper and television news outlet regularly publishes confidential information provided by unnamed sources within the government, military or corporations.

At the same time, the Guardian, New York Times and other publications have proven they are more than willing to collaborate with the US state apparatus in its vendetta to destroy WikiLeaks. They view all independent and critical publications as a threat to their immediate profits, as well as to the corporate oligarchy and imperialist agenda that they serve.

For years, the media effort to discredit WikiLeaks was conducted via the slander that Assange had to “answer” fabricated claims he had committed sexual assault in Sweden.

After the publication of the leaked Democratic Party emails in July 2016, the media attack on Assange shifted. From that point, the media began its accusations that he was working with Russia to assist the campaign of Donald Trump.

In fact, the publication of the emails exposed the underhanded, pro-big business and militarist character of Clinton’s bid for the presidency and the fraud of her claim to be a “progressive” alternative to Trump.

The information made available by WikiLeaks, regardless of its source, made clear that the “choice” between Clinton and Trump in the 2016 election was, as Assange stated, like choosing between “gonorrhoea or syphilis.” The newsworthiness and truthfulness of the leaks was reflected in the fact that their content was reported by most news outlets around the world.

WikiLeaks has denied that it obtained the information from Russian sources. Craig Murray, a former whistleblower in Britain, stated in 2016 that he knew the source was Democratic Party staff who were outraged over ithe leadership’s efforts on behalf of Clinton to undermine left-posturing candidate Bernie Sanders.

Nevertheless, the allegation of a plot involving the Putin regime, WikiLeaks and figures associated with Trump has been at the centre of the investigation into the outcome of the 2016 election by special counsel and former FBI director Robert Mueller.

Mueller has spent months trying to establish that Assange coordinated the publication of the Democratic emails with right-wing political operator and one-time Trump adviser Roger Stone.

Stone boasted in August 2016—by which time he had been dismissed from Trump’s campaign—that he had contact with Julian Assange. He has publicly admitted this claim was an “exaggeration” to boost his credentials.

In an interview on the weekend with ABC in the US, Stone was asked whether it was true that he had never spoken with Julian Assange. “That is absolutely correct. I turned over one direct message to the House Intelligence Committee between the flack [spokesperson] for WikiLeaks and I, in which he essentially brushed me off ... No, I had no contact with Assange,” he said.

The Mueller investigation has uncovered no evidence to suggest otherwise. In a blaze of media publicity, the special counsel has interrogated a number of people connected with Stone and revealed nothing more than that the right-wing operator speculated, after WikiLeaks published the first batch of emails, about what other information it had and when it might release it.

Despite the shameless character of the attempt to demonise and criminalise WikiLeaks, an array of trade union, Green and pseudo-left organisations internationally have fully aligned with the persecution of Assange. From the Democratic Socialists of America and the New Anti-capitalist Party (NPA) in France, to the Greens Party and Socialist Alternative in Australia, they maintain a complicit silence on every sordid twist and turn in the state and media effort to railroad him into a prison cell, or worse.

The only social force that will defend Assange is the international working class. It must be mobilised in the fight to secure his unconditional right to leave the Ecuadorian embassy in London, with guaranteed protection from any prosecution by the US government. On December 16, the Socialist Equality Party in Australia will be livestreaming on Facebook a public meeting in Sydney to discuss taking forward this perspective.

SEP meeting and livestream on December 16: What next in the fight to free Julian Assange?
[28 November 2018]