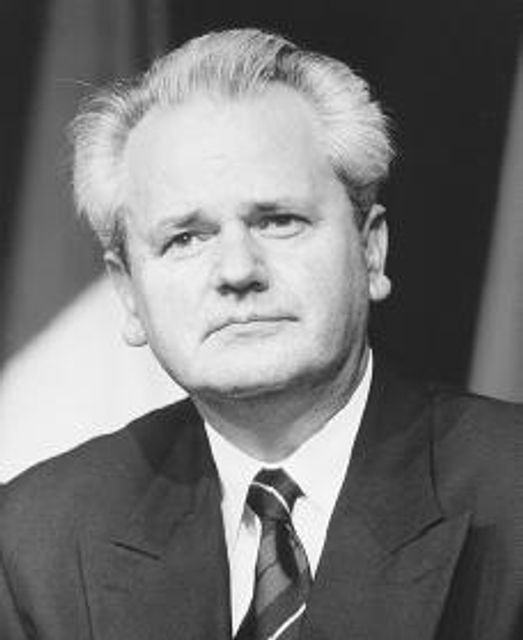 The party of Serbian President Slobodan Milošević won parliamentary elections on December 19, 1993, the first popular vote to be held in Serbia after the break-up of the Socialist Federal Republic of Yugoslavia, as the Stalinist-ruled country was known before the secession of Slovenia, Croatia, Bosnia and Macedonia.

Milošević headed the Socialist Party of Serbia, as the Stalinist party was known from 1990 on. He had been president of Serbia as a constituent republic of Yugoslavia from 1989, rising to power on the basis of appeals to Serbian nationalism, particularly in opposition to separatism in Kosovo, the largely Albanian-populated region that made up the southwest corner of Serbia under the Stalinist regime.

In the vote, the first to be limited to Serbian-controlled territory—Serbia, its two minority-populated enclaves, Kosovo and Vojvodina, and Montenegro—the Socialist Party of Serbia won 38.65 percent of the vote and 123 seats, just short of an absolute majority of the 250 seats in parliament.

The remainder of the vote was divided among four opposition parties, all right-wing nationalist formations that basically supported Milošević in his efforts to intervene in Bosnia and other parts of the former Yugoslavia to promote Serb nationalist interests. Milošević formed a coalition government with New Democracy, a faction of the Democratic Movement of Serbia, which had placed second in the election.

All these party leaders would play prominent roles in Serbian and Yugoslav politics for the next two decades. Milošević held power until 2000, after the US-NATO bombing of Serbia to force his government to pull out of Kosovo. He was narrowly defeated in the 2000 election by Koštunica, who had the backing of all the pro-imperialist opposition parties. Koštunica served one term as president, then two terms as prime minister until 2008.

Drašković became deputy prime minister under Milošević during the 1999 crisis over Kosovo, and then foreign minister in cabinets headed by Koštunica. Šešelj was also a deputy prime minister under Milošević from 1998 to 2000, while remaining the leader of the most intransigent Serb nationalists. Like Milošević, he was indicted by the Hague tribunal on war crimes in the former Yugoslavia, but he was acquitted in one trial, and then released after a subsequent conviction because he had already spent 11 years in prison awaiting trial.

50 years ago: Apollo 8 begins voyage to the moon 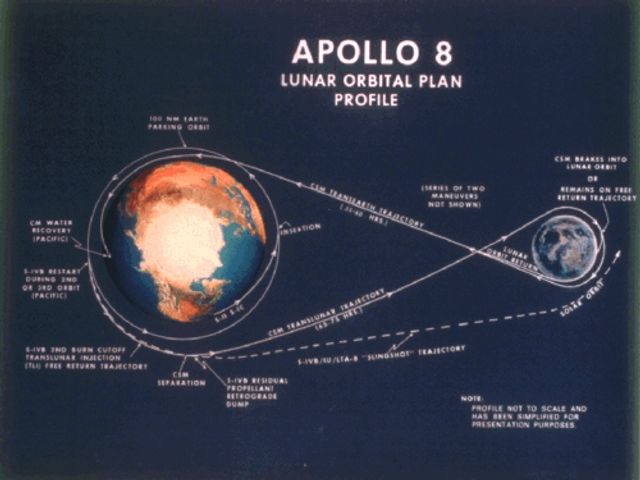 On December 21, 1968, the US Apollo 8 spacecraft lifted off from Cape Kennedy in Florida on a mission to become the first manned vehicle to circle the moon. It was the most ambitious mission attempted by NASA and cleared the way for a lunar landing in 1969. The three Apollo astronauts travelled 571,000 miles in six days, orbiting the moon 10 times before returning to earth.

After coasting in Earth orbit for 1.75 revolutions, its third stage booster fired, accelerating the spacecraft to 24,227 mph, sending it on its way to the moon. This was at the time the fastest speed ever achieved by humans. Sixty-nine hours later the astronauts fired a retroburn on the space craft engine that slowed their speed to 3,643 mph. This maneuver placed them in an orbit beginning December 24 that brought them within 70 miles of the moon’s surface.

The Apollo 8 astronauts transmitted live television footage of the lunar surface to earth. They also took photographs and conducted scientific experiments. The mission was timed so that the astronauts would be able to view the Sea of Tranquility in lunar sunrise, the time that would provide the best light for capturing images.

It was only the second manned US space flight since late 1966. In October, Apollo 7 orbited the earth 163 times, the first manned Apollo flight. Two unmanned Apollo test flights were conducted earlier in the year.

Manned flights were suspended following the flash fire that killed three Apollo astronauts on the launching pad in January 1967. Despite the tragedy, the US continued to pour billions into the manned space program. By achieving a successful moon landing, US imperialism hoped to score a Cold War propaganda victory by demonstrating the superiority of American technology over that of the USSR.

The Soviet Union conducted one manned space flight in 1968. In October Soyuz 3 orbited the earth 64 times. During the trip it carried out a rendezvous with an unmanned Soyuz vehicle. It was the first manned Soviet flight since cosmonaut Vladimir Komarov died during reentry in April 1967.

The Soviet Union sent several unmanned test vehicles to the moon in 1968. The most successful flight, Zond 5, flew within 1,212 miles of the moon before returning to earth, landing in the Indian Ocean.

75 years ago: Military coup in Bolivia 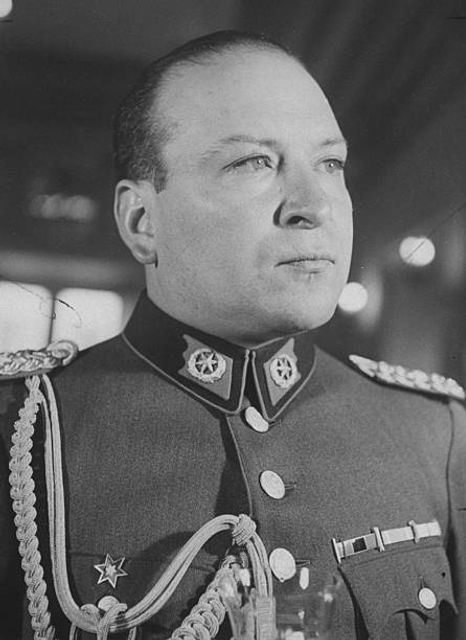 On December 20, 1943, Bolivian President Enrique Penarada was overthrown by a coup carried out by military officers under the leadership of Gualberto Villarroel and supported by the bourgeois nationalist Revolutionary Nationalist Movement.

This was one of a series of violent coups that had rocked the nation since the mid-1930s. Bolivia had been thrown into turmoil by the Great Depression and the disastrous Chaco War which broke out in 1932. The conflict, fought against Paraguay for the disputed Chaco region, had ended in defeat for the Bolivians. Forced to cede the Chaco region, Bolivia suffered more than 50,000 casualties and was driven virtually bankrupt in the process. Such conditions had produced an upsurge of working class struggle particularly amongst its most oppressed section, the native population, largely Aymara and Quechua speaking.

The Penarada regime, representing the interests of tin barons and US imperialism, was deeply despised by Bolivian workers. Mine workers were forced to labor in grueling conditions for wages which ranged from as little as 12.5 cents to 75 cents a day. Opposition by workers was met with savage repression, most infamously at the Catavi mine where hundreds of striking workers were shot down by the military. Such measures, however, proved incapable of stopping a working class movement lead in part by the Trotskyist Partido Obrero Revolucionario.

The middle class Revolutionary Nationalist Movement and the officer clique which supported Villarroel had grown concerned with the instability of the Penarada regime and its inability to contain the growing working class movement. Rather than govern through repression alone, they sought to subordinate the working class through making demagogic promises to better working conditions and end the US imperialist domination of the country. Once in power, Villarroel would quickly align himself with US imperialist interests and alternate between brutally suppressing the opposition of the working class and offering them concessions.

100 years ago: Revolutionary sailors block all the exits of the Reich Chancellery in Berlin 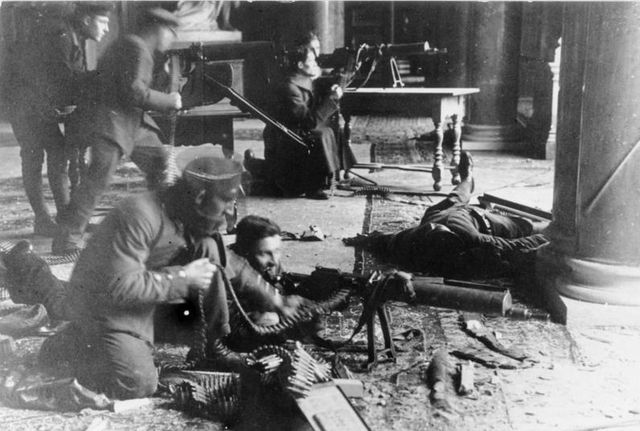 Leftist soldiers during the fighting in Berlin

On December 23, 1918, German sailors of the Peoples Naval Division, who had been threatened with transfer and had had their pay withheld by the Social Democratic government, marched on the government headquarters in Berlin. After getting the runaround from various officials, they blocked the telephone exchange and cut the phone lines. The sailors also arrested and beat Berlin’s City Commander, Social Democrat Otto Wels, seized their pay and returned to their quarters.

From the middle of December onwards, Wels had made clear his intention to disband the unit as part of the general effort of the ruling class to “reestablish order” in the city. The sailors were accused of being “Spartacist,” i.e., supporting the revolutionary tendency led by Rosa Luxemburg and Karl Liebknecht. Their strength was to be reduced to 600 and their pay was withheld.

In a battle the next day, which lasted from 7:45 a.m. until noon, revolutionary sailors and troops loyal to the German bourgeois government, now dominated by the right-wing Social Democrats, fought around the royal palace and stables, the Marstall, in Berlin. The sailors, supported by thousands of workers and ordinary people who flocked to the area, were able to defeat the soldiers and force their retreat.

Via a secret telephone line, Reich President Friedrich Ebert, another Social Democrat, contacted the army high command and asked them to send troops loyal to the government. The army complied, setting the stage for the December 24 battle. The sailors’ victory demoralized Ebert, who threatened to flee Berlin, but it did not deliver a crushing blow to the counterrevolution. The army stepped up its plans to use the Freikorps, right-wing, volunteer forces, to put down the insurgent working class.