The National Council of the Actors’ Equity union announced a strike on Monday, calling for a new contract and instructing its members not to participate in workshops, labs and developmental projects for new productions led by members of the Broadway League. The latter organization represents producers and theater owners in New York City and over 200 other cities in the US.

For two years, Actors’ Equity, the bargaining agent for stage actors and stage managers, has been negotiating a new development labs contract with the Broadway League. Equity is asking for increased weekly pay for such labs, as well as a 1 percent share of profits for shows that make it to the Broadway stage. All theaters are expected to stay open, as the strike currently only affects development work. 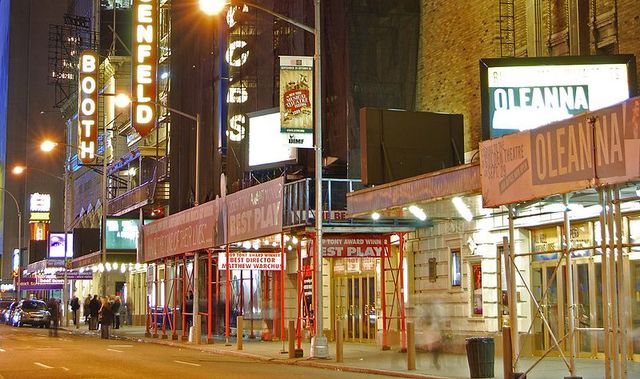 A development lab is a month-long session potentially involving writers, directors, dancers, actors, stage managers and others who generate ideas and test out material. According to Actors’ Equity, one in four new Broadway plays uses a development lab, for a total of 75 labs since 2016.

Actors are compensated $1,000 a week and have not received a raise in 12 years. According to the Equity web site, participating lab members are not only working full days, but also writing new lines and developing original choreography. The current contract with the Broadway League does not require any percentage provision following a show’s debut. Essentially, actors, dancers and others are being used as cheap labor for shows that in many cases go on to make a great deal of money.

Conflicts between theater unions and profit-hungry producers and theater owners are common and, in recent decades, have frequently ended in concession contracts that workers are pressured to accept in a field with perpetually high levels of unemployment (around 90 percent).

In March 2003, 325 Broadway musical orchestra members went on strike, winning the support of actors and stagehands who voted to honor the picket lines and leaving 20 theaters in the dark. The strike was in response to the efforts of the Broadway League to reduce the required minimum number of orchestra members in favor of digital pre-recordings, bypassing half-a-century-old union rules protecting orchestra members.

One year later, in June 2004, actors voted by a 98 percent majority to strike if there was no settlement reached with the Broadway League before their contract expired. The main issues up for negotiation were the League’s growing use of lower-paid, non-union actors on road shows and reduced health care coverage for union members. When the contract ended, the council of Actors’ Equity voted not to strike and eventually settled on a contract that curtailed the use of non-union actors on touring shows in exchange for wage cuts.

In 2007, a 19-day strike of Broadway stage hands gained the broad support of actors and musicians, as well as make-up artists, box office workers and more, over management decisions to scrap overtime pay and hiring requirements. The stagehand union—IATSE Local 1—eventually agreed to a 3.5 percent wage increase in exchange for significant attacks on work rules and jobs for over 350 stagehand workers employed at major theaters. As a result, stagehands competed for fewer jobs and had to find part-time work elsewhere to compensate for lost hours.

These concessions made by various show business unions express the unwillingness and inability of the unions to defend its members against the attacks of owners and producers in their drive to cut costs and increase profits.

Last season (2017-2018), Broadway attendance reached 13.7 million—topping attendance of the top 10 professional sports teams in the New York and New Jersey combined—and grossing $1.7 billion. According to the Broadway League, this past theater season also contributed more than $12.8 billion to the New York City economy.

As producers and theater owners intensify their campaign to boost profits at the expense of actors and other theater workers, Broadway ticket prices continue to soar far above the means of most New Yorkers and tourists, reaching an average price of $123.07 per ticket this season. At the same time, the producers and entertainment corporations favor safe and lucrative productions like revivals, sequels, and “musicalizations” of popular movies and cartoons at the expense of cultural innovation and creativity.