AP report exposes US role in right-wing coup in Venezuela

The United States intensified its coup operation against the Venezuelan government of Nicolas Maduro over the weekend as the European Union swung behind the US effort.

Speaking on Saturday before the United Nations Security Council, US Secretary of State Mike Pompeo declared, “The regime of ex-president Nicolas Maduro is illegitimate. We therefore consider all of its declarations and actions illegitimate and invalid.”

Calling Venezuela an “illegitimate mafia state,” Pompeo addressed the governments of the world: “Either you stand with the forces of freedom, or you’re in league with Maduro and his mayhem.”

Throughout Sunday, Maduro visited military bases and tweeted videos of himself in military garb addressing troops and conducting exercises with the Army and Navy.

“To guarantee peace, we must prepare ourselves,” Maduro said. “In this world we respect the brave, the courageous, and we have to respect the Venezuelan nation with military power.” He reiterated that the military would hold the country’s largest nationwide military exercises beginning February 10.

At the same time, Maduro rescinded his previous threat to expel US diplomats in Venezuela, allowing Saturday’s initial expulsion deadline to pass without incident. Maduro announced that he would let US diplomats stay for another 30 days. He indicated in an interview on Turkish CNN that he had sent Trump “many messages” and was interested in “engaging in comprehensive dialogue.”

The US categorically rejected Maduro’s 30-day deadline in a statement yesterday that declared: “We do not have any plans to close the embassy.”

While Guaidó refused Maduro’s offers for talks, the US government is openly acknowledging its role in orchestrating the anti-Maduro coup. The Associated Press published a report Friday titled “Anti-Maduro coalition grew from secret talks,” which noted that the US-backed Guaidó coalition “came together over weeks of secret diplomacy that included whispered messages to activists.”

The AP reported that “in mid-December, Guaidó quietly traveled to Washington, Colombia and Brazil to brief officials on the opposition’s strategy of mass demonstrations.” According to anonymous US officials, “long sessions of encrypted text messages became the norm,” and when the decision was made to launch the coup, it was Guaió and his far-right supporters who were chosen to lead the coup. “Some moderate factions were left in the dark,” the report said.

In a Sunday interview with the Washington Post, Guaidó said the opposition was engaged in negotiations with the Venezuelan military, encouraging them to switch sides and support the US-backed efforts to remove Maduro.

“We have been in talks with government officials, civilian and military men,” Guiadó told the Post. “This is a very delicate subject involving personal security. We are meeting with them, but discreetly.”

Guaidó’s interview with the Post took place after Reuters reported Saturday that Colonel Jose Luis Silva, a top Venezuelan military envoy at the country’s embassy in the US, publicly broke with Maduro and posted a video calling for his fellow military officers to support the US-backed opposition.

“Today I speak to the people of Venezuela, and especially to my brothers in the armed forces of the nation, to recognize President Juan Guaidó as the only legitimate president,” Silva said in a video recorded in his office in Venezuela’s embassy in Washington.

Since Maduro pulled back from threats to physically remove US diplomats from the embassy, the Trump administration has found a new potential provocation for direct military intervention. According to Guaidó, the US, through the opposition, may soon seek to deliver $20 million in promised food aid in order to force Maduro to choose between allowing the food to enter the country—thereby acknowledging the legitimacy of the Guaidó government—or rejecting the aid and allowing Guaidó, the US and European powers to denounce Maduro for “spreading hunger and disease,” as the Post put it.

Speaking last night, Guaidó announced new demonstrations set for Wednesday and “ordered” Venezuelan soldiers not to fire on protestors. Some 30 people have died in demonstrations in recent days.

There is a concern in the US-backed opposition that a protracted period of instability will incite the Venezuelan working class to take independent action.

According to a January report from the Venezuelan Observatory of Social Conflict (OVCS), there were 12,715 anti-government demonstrations over the course of 2018, or 35 per day. 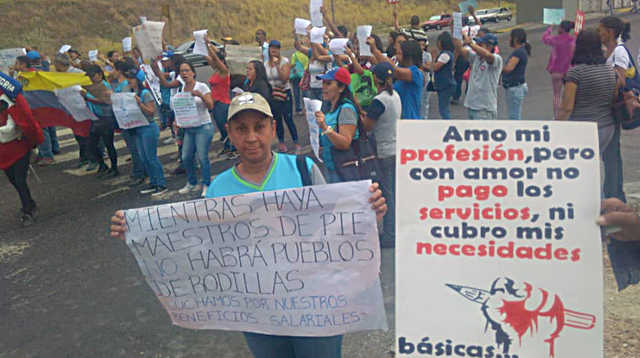 "When you have teachers on their feet you won't have people on their knees," and "I love my profession but love doesn't pay for services or cover my basic necessities"

The OVCS reports that only 11 percent of the demonstrations were led by the upper-middle class. A full 89 percent of the protests “occurred based on demands for economic rights” largely in the working class neighborhoods. The OVCS report notes that “the lack of social services also played a protagonistic role as one of the motives for the growth of protests in 2018. In fact, 3,716 protests were for this reason: 1,731 for lack of gas in homes, 1,138 for lack of access to water and 847 for lack of electricity.” 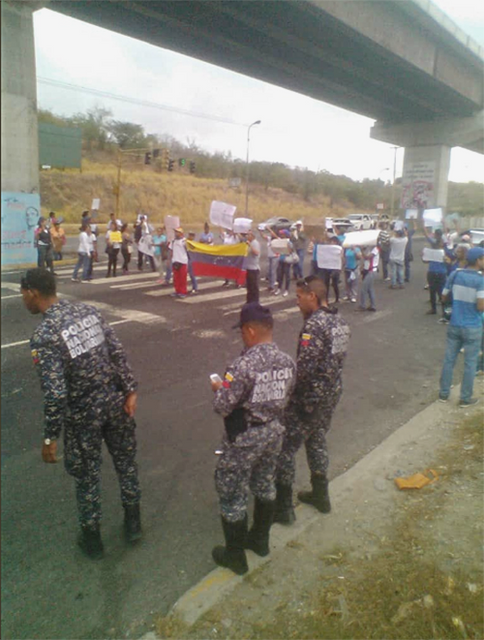 Just days before the January 23 opposition-led demonstration, Venezuelan teachers initiated a one-day national strike, which received widespread support among teachers and workers across the country.

On January 17, tens of thousands of teachers poured out into the streets, demanding massive raises and increases in spending for public education in what protesters called a “day of dignity for teachers.”

Like their counterparts in France, Mexico, Argentina and the US, Venezuelan teachers initiated spontaneous demonstrations numbering in the thousands, with slogans such as “The teacher who is fighting is also teaching.” Though the Maduro government downplayed the significance of the strike, videos and photos from across the country show that participation was in the tens or hundreds of thousands. 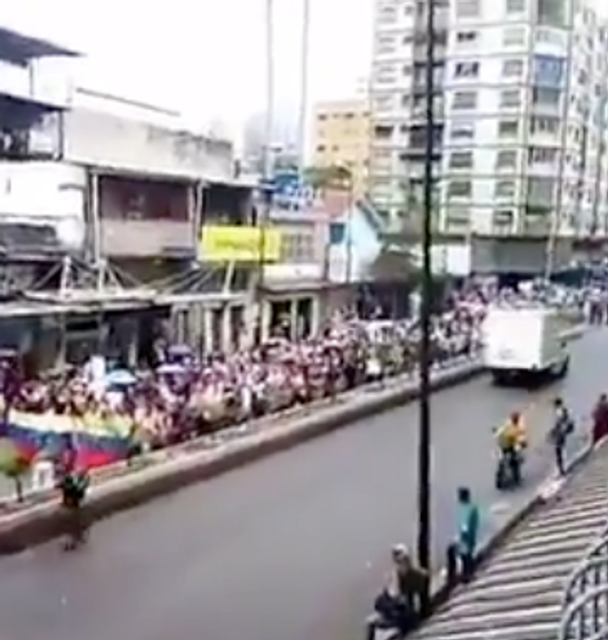 The Democratic Party in the US has lined up entirely behind Trump’s coup. The AP report exposing secret talks between Guaidó and the US noted: “Just as impressive, [Trump’s] tough-handed approach drew bipartisan support, with two of the Senate’s most senior Democrats, Dick Durbin and Bob Menendez, offering praise.”

On his show Friday, liberal media personality Bill Maher launched a colonialist rant, praising Trump’s coup as a sign that the president is bucking his supposed Russian backers:

“Today, Venezuela—this is the front page of the New York Times —Venezuela, okay, they have a guy, an opposition leader who finally stood up, and we are backing him. And Russia warned us to back off because they’re backing the dictator. This was the Monroe Doctrine! This is our backyard! And Russia is now telling us to back off of what goes on in Venezuela, because they know they can? Because they’re so emboldened? That doesn’t bother you?”

Washington’s cynical claims to be defending “democracy” in Venezuela are belied by the fact that the Trump administration appointed Elliott Abrams to oversee the “transition to democracy” on Friday. Abrams was convicted of lying to federal investigators during the Iran-Contra scandal and was a prominent advocate of the use of death squads in Central America during the civil wars that ravaged the region in the 1980s.