The strike of auto parts and electrical workers in Matamoros, Mexico has powerfully demonstrated the international character of the class struggle.

In the third week of the strike by auto parts and electrical workers, 23 companies representing 31 plants have agreed to meet the workers’ demands of a 20 percent wage increase and a $1,700 bonus. In 13 plants, the state government colluded with the companies to declare the strike illegal and had threatened 25,000 workers with mass firings unless they return to their posts within 24 hours. Another 10 companies have asked the state government to take similar actions. 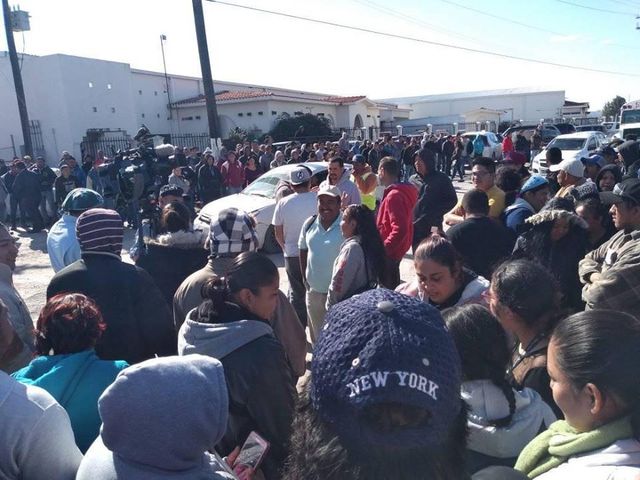 Workers at Parker Hannifin celebrate getting a 20 percent raise and $1,700 bonus on Wednesday

Despite gains at some plants, the prevailing response has been to reject even these small concessions as unacceptable to the “competitiveness” of the companies. The companies fear the strike presages an existential threat to the capitalist system if workers in other countries take similar steps by rebelling against their trade unions and fighting for an improvement in their living and working conditions.

Workers at plants that have already resumed operations say the companies are conducting firings under the pretense of “unexcused absences” during the strike. This is taking place even though the new contracts would supposedly protect workers against reprisals. Other plants have reported that their promised bonus is being paid through coupons instead of cash and is being taxed by the government at up to 16 percent. Adding insult to injury, the local government has announced that it will raise water prices by 30 percent.

Luis Aguirre Lang, president of the pro-industry National Council of the Maquiladora and Export Industry (Index), told Mexican newspaper La Jornada that the new collective contracts cover only six to eight months while companies seek to relocate elsewhere. Four companies—Cepillos, Packard, Kearfortt and Signal Processing—have stated their intention to shut their plants and leave the city. According to Aguirre, the strike is costing $50 million per day, or an astounding $900 million throughout the course of the strike.

The ruling class is seeking to intimidate workers with threats of unemployment and mass deindustralization to suppress future strikes and demonstrations. While refusing to cover the strike in Matamoros for weeks, the corporate press quickly picked up an announcement on Wednesday that 15 companies are threatening to leave not only Matamoros but the country altogether as punishment for the strike.

“We are talking about 15 companies that have announced that they are leaving the country and they are from the auto and electronics sector. These companies will announce a release when they have authorization from their boards,” stated Aguirre. 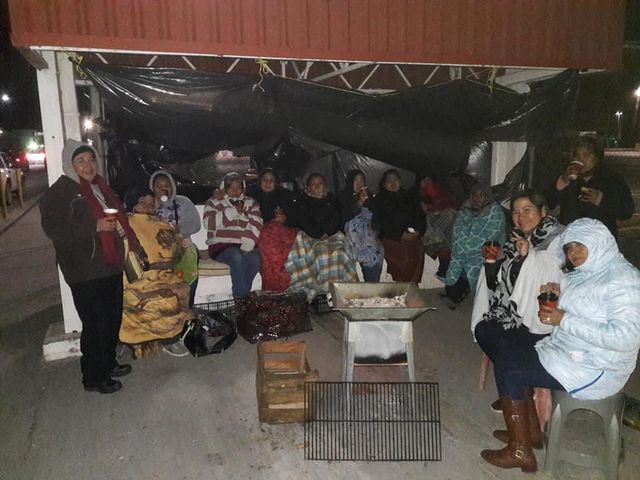 Although the threatened plant closures would involve 30,000 job losses, the true scale of job losses would be many times that amount due to the tens of thousands of workers who are employed by the industrial sector indirectly. Among the companies that are threatening to pull out is auto parts manufacturer APTIV, which has 17 plants in seven states throughout the country.

The maquiladoras have repeatedly appealed to the federal government to use the police or military to break up the strike. Noting that Matamoros does not have a municipal police force, the president of the Maquiladora Association of Matamoros stated: “Mexico does not have the weapons to punish this, people have realized that Mexico does not have the tools to control our people and that there is legal uncertainty in Mexico for investments... Workers have learned that they can ask for whatever they want and the danger is that in [contract negotiations in] May they will ask for more and that here the law is not respected.”

These bullying threats are an argument for dictatorship. The claim that violence is required and that “there is no money” for workers is a lie.

On their part, the pro-company and nationalist trade unions play the role of seeking to convince the workers to make concessions to the companies to “save jobs.” This is combined with poisonous nationalism telling workers that their brothers and sisters in other countries—not the companies and the profit system—are responsible for job losses. Such policies have produced a disaster for workers worldwide. The era of globalization has made it impossible to achieve even limited reforms within a national framework. 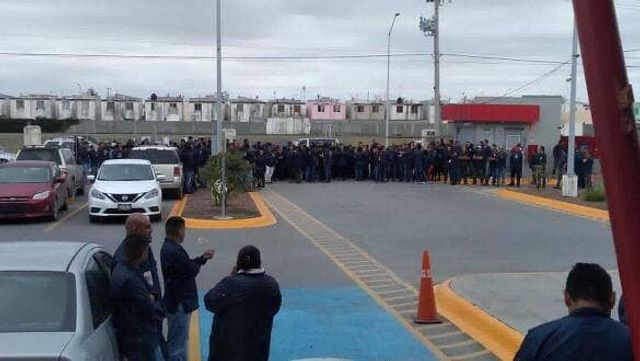 The strike in Matamoros takes place as 15,000 US and Canadian autoworkers are confronted with the decision by General Motors (GM) to close down five plants, an attack aimed at intimidatating 140,000 US autoworkers into accepting concessions in contract negotiations later this year. Last week, about 13,000 Hungarian Audi workers went on strike, and workers at the Taubaté plant in Brazil voted to shut down production in opposition to job cuts. In Argentina, workers occupied a steel plant that is used for auto and other industries in Mexico.

In Matamoros itself, more and more workers are demanding an improvement in their conditions. Over 1,500 workers from medical supplier Spellman, which had previously not been on strike, put down their tools on Wednesday morning to demand their own $1,700 bonus. Workers at a Coca Cola plant in Matamoros carried out a wildcat strike on Wednesday.

The current global struggle of autoworkers shows the immense potential to unite under an internationalist and socialist banner, through the building of rank-and-file committees organized outside of the trade unions and the capitalist parties. This is why the Steering Committee of the Coalition of Rank-and-File Committees and the WSWS Autoworker Newsletter have called for a February 9 demonstration at the General Motors headquarters in Detroit to fight for this perspective. The objective logic of these struggles is a general strike, mobilizing the full social force of the working class for the conquest of political power and the socialist reorganization of the world economy.

Workers who wish to form a common international strategy should contact us by email at autoworkers@wsws.org or via our Facebook page in order to take up these crucial steps. For more information on the February 9 rally in Detroit, visit wsws.org/auto.