Shoplifters: The family you choose, and the ones you don’t

Japanese director Hirokazu Kore-eda’s latest film, Shoplifters, tells the story of a family that relies on shoplifting and other schemes to maintain its impoverished standard of living.

At a time in contemporary filmmaking when the lives of the oppressed are either ignored or treated as merely appalling and a subject for “sympathy,” Kore-eda (Maborosi, After Life, Nobody Knows, The Third Murder) has made a work where the marginalized are also capable of wit and humor. Without beautifying the social conditions, Shoplifters is sincere and at times caustic in its depiction of modern-day Tokyo.

The family in Shopliftersis an unusual one. Their relations are not principally biological. Osamu (Lily Franky), the “father,” is a day laborer. Nobuyo (Sakura Ando), the “mother,” works at an industrial laundromat. Together they survive by stealing goods, using a system of hand signals. Osamu explains that taking items that have not yet been sold is all right because they don’t belong to anyone. 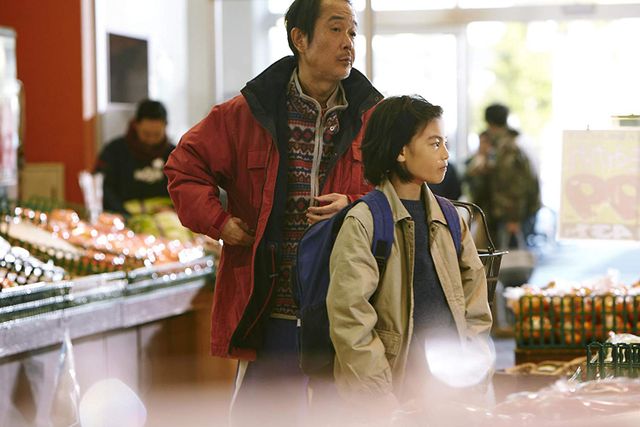 Shota (Kairi Jo), a boy, uses his youth to help thieve and contribute to the family income. Aki (Mayu Matsuoka) works in a sex club performing in front of a two-way mirror. Hatsue (Kirin Kiki, who died in September 2018), an older woman, illegally collects a pension for her dead husband, one of the chief sources of income for the family.

The five live in a small and cramped, flimsily constructed house cluttered with their personal effects and beds. All in all, life looks pretty awful in 21st century Japanese capitalism.

One night, Osamu and Nobuyo find an abandoned little girl, Yuri (Miyu Sasaki), with bruise marks around her neck. They decide to have her over for dinner and soon “adopt” her. Yuri is then taught to shoplift by Osamu and Shota. There is something of Dickens’s Oliver Twist here.

The family learns from the television news that Yuri is considered by the authorities to be missing and so they cut her hair and christen her “Lin.” Hatsue, meanwhile, visits her dead husband’s son from a second marriage and asks for money. The son and his wife turn out to be Aki’s parents, and believe she is living in Australia.

After paying a visit to the beach with her family, Hatsue says she is glad knowing she will not die alone. At this point, so as not to give away too many plot details, the reader is urged to watch Shoplifters for him or herself. Suffice it to say, events will test the family’s code of “ethics” and cause a somewhat tragic breakup.

Certain elements of the film do stand out and are worth mentioning. Osamu insists on Shota calling him “Dad” and Lin his “sister,” but he is reluctant. Although the family is an artificial one, they seem more happy and real than most. Could it be their lack of possessions? 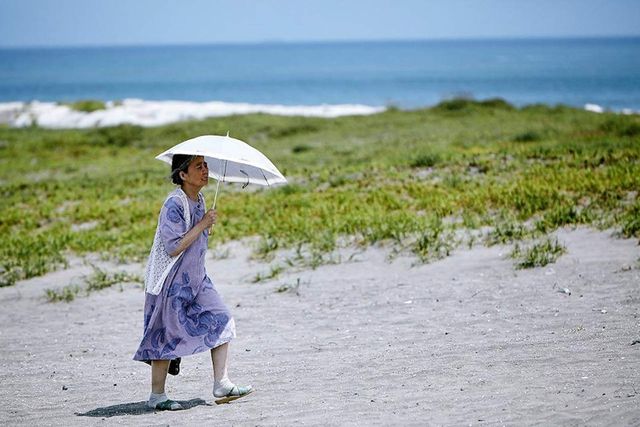 The squalid and dilapidated house they share stands in stark contrast to the antiseptic surroundings of official Japan and the upper middle classes, as represented by Hatsue’s in-laws. Seemingly, every family and human dynamic in the film is spoiled by money.

In one scene, Aki, while working at her club, is propositioned by one of her clients for a more personal encounter. As she starts the clock in an adjoining room, he silently puts his head in her lap while she caresses him. The result is at once sincere and incredibly sad.

In an interview with Deadline Hollywood, Kore-eda explained the process that went into making his latest film, “I’d made a film called Like Father, Like Son ,” he said, “in which I explored what makes a family: is it blood, or is it the time we spend together as family? In this film, I further that notion. It’s about whether we can form a family beyond blood relations … So that was kind of a jumping off point, the first thought I had. And then in addition, as we suffer from an increasing recession in Japan, there have been incidents that relate to poverty.”

He continued, “But for the last five or six years I’ve been telling stories from a more intimate point of view; and with this film, I went back to a more wider point of view—exploring not just the individuals of the family, but the family within the society. The relationship of the family and the society, and the friction that arises because of that.” 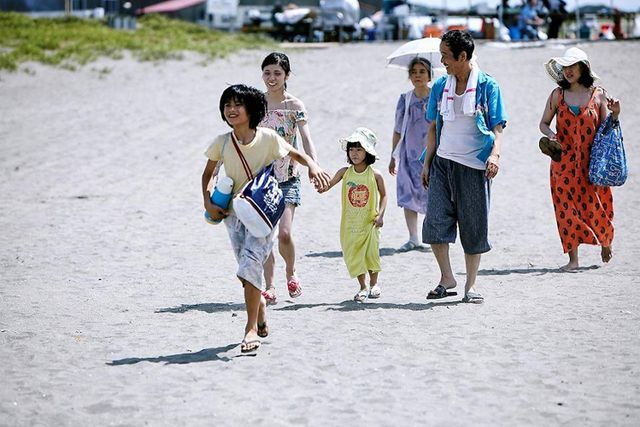 There is a rich tradition of depicting the poor and deprived in Japanese cinema, including in the work of Kenji Mizoguchi, Akira Kurosawa and Shohei Imamura. In this regard, Kore-eda’s attention to the problems of “wider” society as opposed to the “intimate” side of things, is a welcome expansion of his work.

That being said, his “humanism” is a bit bland and abstract, and hardly rises to the level of political and social criticism. There remains a large element of passivity. This might help explain why elements of the Japanese state, at least those dealing with child welfare and the like, have subsidized the present work.

Then there is the question of the specific subject matter. An honest, interesting depiction of a family of smalltime crooks is all well and good, but why have we seen so few depictions of working-class life, either in Japan or anywhere else for that matter? It’s possible that contemporary filmmakers don’t yet find that segment of the population as interesting and “poetic” as the more legally problematic.

However, that should not discourage anyone from seeing this film. Kore-eda’s turn toward social reality and its discontents should be commended.