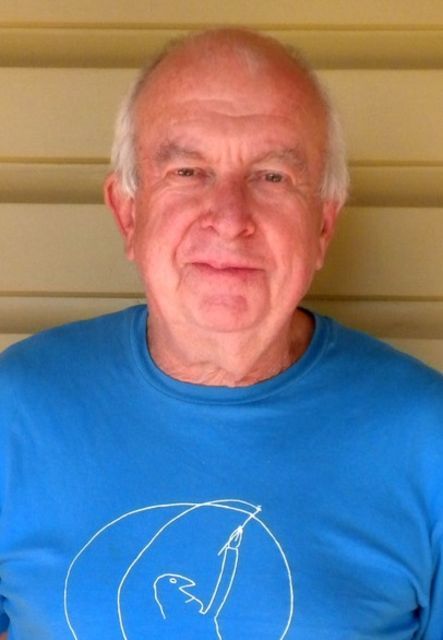 Acclaimed documentary filmmaker Curtis Levy sent the following endorsement of the Socialist Equality Party rallies to be held on March 3 in Sydney, at the Martin Place Amphitheatre at 2 p.m., and on March 10 in Melbourne, at the Victorian State Library at 1 p.m., demanding the freedom of WikiLeaks publisher Julian Assange.

Levy, who has been making films for over four decades, last year received the Stanley Hawes Award, Australia’s highest documentary prize. His best-known documentaries include Sons of Namatjira, Breakout, Hephzibah, High Noon in Jakarta and The President versus David Hicks, about the US military’s illegal incarceration of Australian citizen David Hicks at Guantanamo Bay. Levy was involved in the campaign which secured the release last year of Australian filmmaker James Ricketson who was jailed in Cambodia on bogus espionage charges in 2017.

We need to nurture journalists like Julian Assange, whose goal is “justice through transparency.” The kind of transparency Assange advocates is anathema to many Australian politicians. Australia has a tradition of punishing those who transgress the government line. Both Liberal and Labor governments have been loath to defend free speech, which was once considered the cornerstone of democracy. We live in a country where public broadcasting has been decimated, and Rupert Murdoch controls 70 percent of the media. Ensuring that Australians have little chance of finding out the truth about anything.

In recent times, Julian Assange has been demonised in populist media outlets. As far as I can see Julian Assange has successfully countered every accusation made against him, whether it be that he is supposed to have intentionally assisted in the derailing of Hilary Clinton’s campaign to be US president or that he somehow colluded with the Russians. As far as I can see none of the accusations made against him have been found have any substance whatsoever. From my perspective Julian has always tried, through his work with WikiLeaks, to create greater transparency and less duplicity in world affairs.

The various insane wars we have joined in fighting on behalf of the US, and their catastrophic consequences, must make us appreciate even more the service Julian Assange provides. Julian Assange has helped us remove the propaganda blinkers imposed by Cold War warriors such as Rupert Murdoch, who has always pushed the cause of Australia joining together with the US to invade countries such as Iraq, a country which had nothing whatsoever to do with 9/11.

The Australian government needs to take responsibility for one of its most civic minded citizens. Whether it be a Liberal government or an incoming Labor government, we as a country have a duty to help a citizen who has spent far too long in confinement defending his freedom against the threat of extradition to the US. We have seen what the US have done to American whistleblowers such as Chelsea Manning. It is up to the Australian government to ensure that an Australian citizen is not subjected to such a cruel fate.

The Australian government was prepared to act to assist in the rescue of the refugee football player, Hakeem al-Araibi, from torture and persecution in Bahrain. Surely we can display the same humanitarian impulse to protect and give safe harbour to Julian Assange, an Australian citizen who deserves to be lauded for his work with WikiLeaks, rather than be vilified and left stranded at the mercy of a foreign power.

The US has continually demonstrated a propensity to use cruelty and torture to whistleblowers and others they have incarcerated. The horrific fate that threatened Hakeem al-Araibi in Bahrain and what faces Julian Assange is no different. We need to support Assange with the same vigour that we supported al-Araibi.

Comparable countries like Canada and New Zealand have demonstrated an interest in protecting their citizens. It would be wonderful if Australia could begin to embark on the journey back to once again becoming a free and fair country. Supporting Assange would be an important step forward on this journey.