This is the fifth in a series of articles on the recent Berlin International Film Festival, the Berlinale, held from February 7 to 17, 2019. The first part was posted on February 15, the second on February 22, the third on February 28 and the fourth on March 5.

The 69th Berlin international film festival (Berlinale) took place against a background of growing working class militancy in Germany and worldwide. In recent weeks, thousands of teachers and public service workers have taken to the streets of Berlin to protest against arduous workloads, low wages and worsening working conditions. On the last Friday of the festival, those seeking to view films had to walk, ride a bicycle or take a taxi when transport staff brought Berlin to a standstill with a half-day strike.

In the middle of the festival, cinema workers across Germany took strike action to protest the appallingly low wages for those working on the bottom rungs of the film industry. (One sign read, “Poor although working.”) 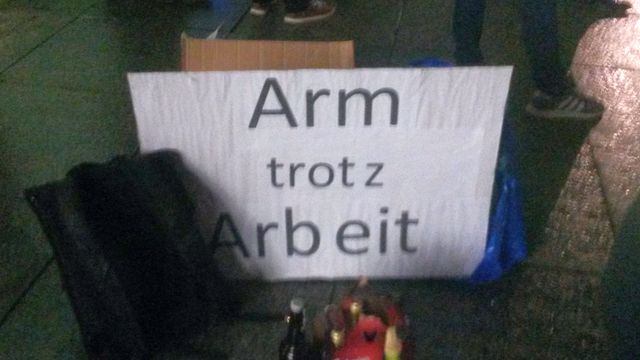 Germany, in fact, has one of the largest cheap-labour sectors (well over 20 percent of the workforce) in Europe and new forms of exploitation are spreading rapidly with the growth of the so-called gig economy.

At the same time, in some regions of the world, types of exploitation associated with the 19th century (or earlier!), slavery and child labour, not only persist … they are even thriving.

These old and new forms of exploitation found only limited expression in the works screened at the Berlin festival, increasingly obsessed with gender and identity politics. Nevertheless, a handful of films at the festival did address these issues, with some of the best contributions dealing with the conditions in Asia.

Slave labour is the subject of Buoyancy, a film by Australian writer-director Rodd Rathjen. The film relates the story of Chakra (Sarm Heng), a 14-year-old boy forced to carry out menial work on his father’s farm in rural Cambodia. Chakra dreams of better times and, following an angry confrontation with his father, he takes off in the direction of Thailand, hoping to find a factory job. 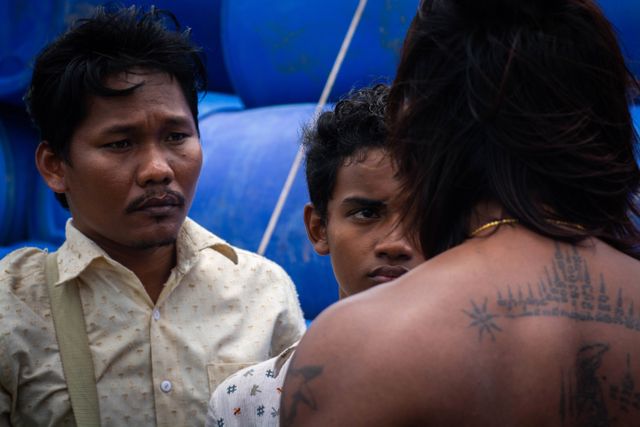 Along with a group of other desperate workers, Chakra is intercepted by a criminal gang who promise employment. In the event, the boy is forced onto a decrepit fishing trawler, where he is made to carry out the most demanding and menial forms of labour by the ship’s vicious captain.

The rest of the crew are in the same situation. Any failure to comply with the demands of the captain is met with a beating. One young worker, exhausted and no longer able to work, is simply tossed overboard and left to drown. Confined to the tiny vessel in the middle of the ocean, Chakra is essentially chained to his workplace, like a galley slave.

Having first won the trust of the sadistic captain, Chakra is able to turn the tables on his oppressor and take revenge. At the end of Buoyancy, the boy, rapidly aged by his experiences, is able to return to his homeland, but none of his problems have been resolved. His struggle for existence in a society offering little opportunity for youth like him enters a new phase.

Evidently working with a limited budget, the film remains gripping to the very end due to its fine cast of actors—first and foremost, Sarm Heng. 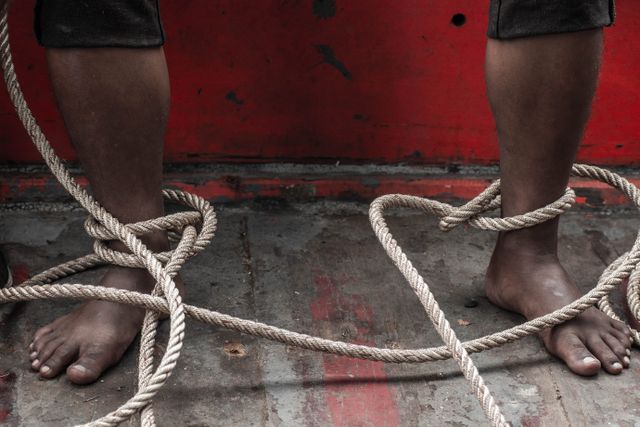 Anyone who supposes that Buoyancy’s depiction of modern day slavery is exaggerated will stand corrected by the film Ghost Fleet from directors Shannon Service and Jeffrey Waldron. The documentary deals with precisely the same phenomena. The movie centres on the activities of a group of activists based in Bangkok who attempt to find and repatriate the types of enslaved workers featured in Buoyancy.

Ghost Fleet includes interviews with a number of workers who were literally assaulted on the street, kidnapped and transported to work on non-registered fishing vessels (“ghosts”), reminiscent of the “press gangs” of the 18th and 19th centuries, when men were taken by force into British naval or military service.

In busy periods, the men in Ghost Fleet are forced to work around the clock, hauling in nets of fish to supply the multi-billion dollar fishing industry. They are given amphetamines to keep them awake and working. The small fishing boats yield up their catch at regular intervals to “mother ships,” which also provide the other ships with supplies. As a result, the enslaved crew members never touch land. Some of the rescued workers relate how they had spent five, ten or even more years at sea. 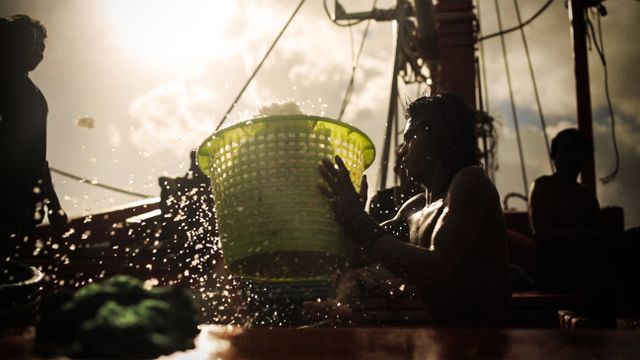 None of them has received any pay. They show the scars on their bodies resulting from brutal beatings. One has lost all the fingers of one hand in an industrial accident at sea. Another relates how one of his workmates was decapitated by a fishing net.

Southeast Asian government authorities and police are complicit in these forms of exploitation aimed at delivering cheap fish to Western companies. The film ends by noting that the US and Great Britain are directly complicit in such forms of slave labour, which involve hundreds of thousands of workers throughout the region.

The Ground Beneath My Feet

One of the few European films to deal with the new world of work is the Austrian film The Ground Beneath My Feet by director Marie Kreutzer.

In contrast to Buoyancy and Ghost Fleet, Kreutzer turns her attention to Western society’s so-called high-flyers. Lola (Valerie Pachner) works for a hedge fund busy rationalising a company in eastern Germany involving the redundancy of a significant section of the workforce.

Lola heads the project and has invested over 1,500 work hours. Her life consists of entering figures in a computer and an endless stream of meetings. She has no time to cook food and change the sheets in her own flat. She feels much more at home in the series of identical hotel rooms she inhabits. Her personal life consists of bouts of hectic activity on an exercise bike and hurried bouts of sex with her boss. Any genuine personal or family life is impossible. 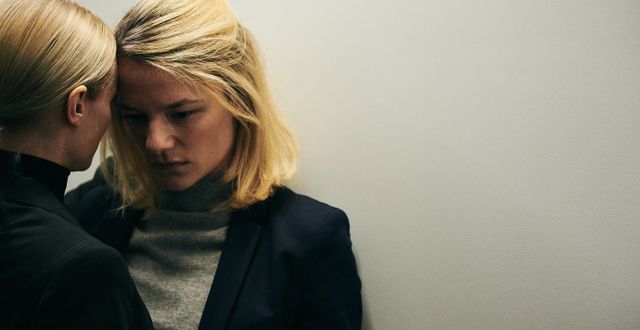 The Ground Beneath My Feet

Through The Ground Beneath My Feet, the viewer is introduced to the concept of a “48er,” i.e., someone who regularly works 48 hours non-stop—with no sleep.

Lola has two secrets to keep: her lesbian relationship with her boss and the fact that she is the official guardian of her older sister, Conny (Pia Hierzegger), a paranoid schizophrenic. Should it become known that she has a sister with mental problems, Lola’s own position at the hedge fund would be in danger. The slightest misstep on her part, or nudge from an ambitious rival, could send the “high-flyer” plunging to the ground.

In the course of a hectic round of meetings, Lola must take phone calls in which she is informed of Conny’s latest crisis. Her sister suffers from chronic delusions. As the strain mounts for Lola, the increasingly thin line between her reality and that of Conny begins to dissolve. In one particularly revealing scene, we observe the contents of a bag belonging to Lola’s boss and lover. It contains a cocktail of drugs virtually identical to the medicine Conny is forced to take to keep her quiet.

The figure of Lola and the film’s subject matter bring to mind the central character in Maren Ade’s Toni Erdmann (2016)—this time without the humour, but with an even sharper critique of the contemporary business world.