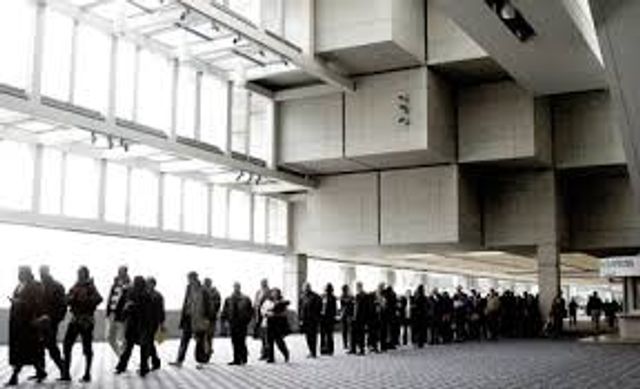 Unemployed workers line up for jobs in Detroit

On March 14, 1994, the labor and finance ministers of the Group of Seven leading industrialized countries met in Detroit, Michigan on the false promise of “creating jobs” amid the worst economic downturn and highest unemployment rates worldwide since the Great Depression. The International Labour Organization noted that more workers were unemployed than ever before.

Detroit, a city which once had the highest standard of living in the US for the working class, was a model for increasing the profits of corporations and business interests by reducing the living conditions of workers through mass layoffs, factory closings and slashing wages and pensions. While Chrysler announced 6,000 new job openings in the US, workers were told that all new hires would be “permanent temporary” positions, a major step in the creation of a large super-exploited section of autoworkers, later dubbed “second tier” and “third tier.”

US President Bill Clinton declared ahead of the summit the changing nature of employment, including the necessity of workers to be prepared to switch jobs eight or nine times throughout the course of their working lives, well into their 50s and 60s. The week prior to the summit saw an international onslaught on jobs and wages, including a restructuring of the Air France airline, imposing a three-year wage freeze and cutting 5,000 jobs; 6,000 jobs slashed at Digital Equipment in Britain; 1,000 job cuts internationally by the Canadian mining giant Inco Ltd.; and thousands more in the US by Raytheon, Fleet Financial, Vought Aircraft and other companies.

The summit reached the conclusion that the reason for high levels of unemployment internationally was that workers’ wages and benefits were too costly. “Companies are not charitable enterprises,” Robert Samuelson wrote in Newsweek. “They hire workers to make profits. In the United States, this logic still works. In Europe it hardly does. A series of obstacles—high wages, lavish fringe benefits, steep payroll taxes—raise the cost of labor and, thereby, discourage hiring.”

The International Workers Bulletin noted the increasing accumulation of profit at the expense of working people. “Wages are falling even though productivity is rising. The wealth created by labor is increasing, but it is piling up at one pole of society—among the top 10 percent—while the producers themselves are growing poorer.” 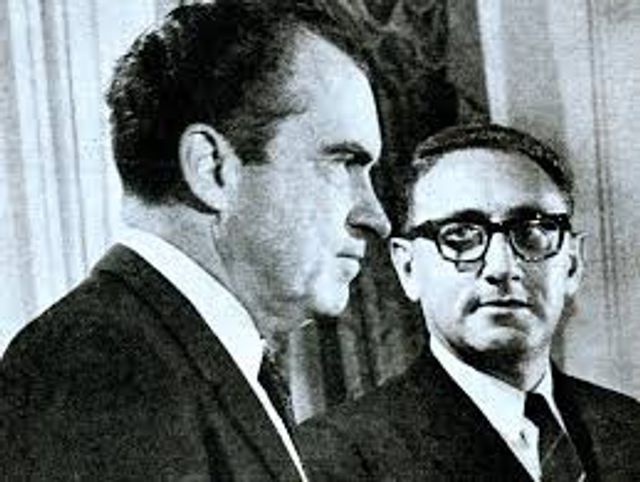 On March 14, 1969 US President Richard Nixon announced the implementation of the Safeguard Program, part of a broader escalation in the scale of various cold war military conflicts.

The Safeguard program was an anti-ballistic missile (ABM) defense system, the same type of system that researchers at MIT had protested the week before. The ABM system was officially presented as a means to counter a nuclear attack from China or the Soviet Union. However, scientists and military strategists alike believed that the implementation of such a system would drastically increase the danger of nuclear annihilation of the planet since it would encourage the most obvious countermeasure, increasing the number of missiles used in a nuclear attack.

The Safeguard program only ever produced one ABM complex to defend the Air Force’s Inter-Continental Ballistic Missiles. This was deliberate, and well publicized, so that the creation of the ABM system would not actually present a strategic threat to the Soviet Union and lead an increase in their nuclear arsenal.

The next day, March 15, 1969, Nixon ordered the start of Operation Menu, the large-scale bombing of Cambodia. The target was supply bases and infrastructure for the liberation forces fighting against the US occupation of South Vietnam. Nixon’s national security adviser, Henry Kissinger, was a principal advocate for the murderous new attack on the population of Southeast Asia.

The bombings were kept secret not just from both the press and general public but also from the US Congress. The bombing campaign began on March 18 and continued for more than a year. The air crews, based in Guam, were initially told they were bombing targets in South Vietnam near the Cambodian border. It was only when they were nearing the target zone that they were diverted into Cambodia to drop 2,400 tons of bombs.

While not the first instances in the war that bombs had been dropped in Cambodia, Operation Menu for the first time used long range B-52 bombers to heavily carpet-bomb the country. No firm number of deaths has been established, but the scale of the destruction and loss of life was immense. In one targeted area that was just 25 square kilometers, approximately 25,000 bombs were dropped, or one bomb for every 1,000 square meters (10,000 square feet).

75 years ago: French Resistance adopts program for the establishment of a bourgeois republic 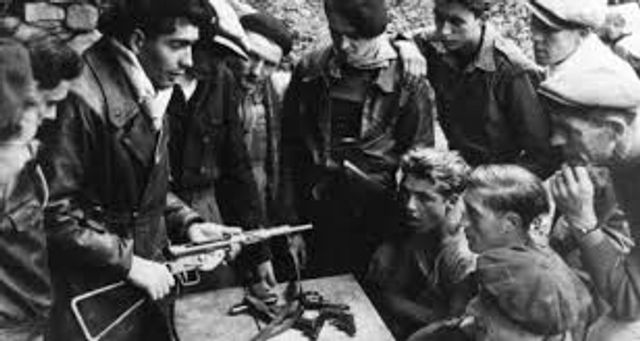 On March 15, 1944, the National Council of the Resistance, an umbrella body which oversaw the struggle against the Nazi occupation of France under the direction of the Allied powers—the United States, Britain and Canada—formally adopted a program for the establishment of a bourgeois republic following the overthrow of the fascist forces.

The adoption of the program came amid ongoing and brutal fighting across much of France, between a diverse array of left-wing and republican forces, and fascist shock troops loyal to the German regime and its quisling government in France, based in the provincial town of Vichy. Within the working class, there was mass hostility to the crimes of the fascists, reflected in widespread support for the Resistance.

There were also growing signs that the fascist forces were facing defeat, including devastating defeats for the Third Reich on the Eastern Front, and the growth of popular opposition in Germany and mass working class struggles in Italy.

The National Council of the Resistance had been established in May 1943. Its origins lay in the efforts by General Charles De Gaulle, recognized by the British as the head of a French government in exile, to create a mechanism for subordinating the resistance to his aim of establishing a capitalist republic at the end of the war and suppress the expected revolutionary movement of the French working class. De Gaulle had delegated this task to Jean Moulin at the beginning of 1943.

The National Council of the Resistance brought together the Stalinists of the French Communist Party, union leaders and avowedly capitalist politicians, including the Gaullists. The program it adopted made clear that aim of both the imperialist-backed Gaullists and the Moscow-backed Stalinists was the restabilization of bourgeois rule in the wake of the war.

The program called for a policy of “national reconstruction,” including through public works programs and the establishment of a social safety net. It advocated limited steps towards more planned economic development, and the expansion of social programs including in healthcare, education and welfare. It advocated a democratic regime.

The Stalinists and their allies, in France and across Europe, were intensely fearful of the emerging revolutionary struggles of the working class. In country after country, they suppressed insurgent movements from below, and sought to reestablish stable bourgeois rule. In France, the Stalinists would provide a crucial base of support for the capitalist republic headed by the right-wing De Gaulle after the war. 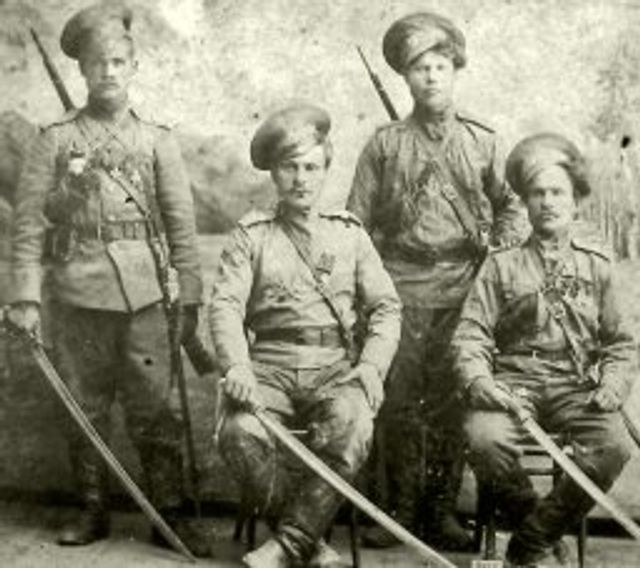 On March 11, 1919, 30,000 Cossacks in Ukraine’s northern Donbas region revolted in the rear of the Red Army. The revolt was centered in the village of Vyoshenskaya and led by Pavel Kudinov.

Former Tsarist officers among the Cossacks had formed a counterrevolutionary army in the region known as the Don Army early in 1918, which, after initial hostility, eventually merged with Denikin’s Volunteer Army. The Reds defeated Denikin’s troops and the Don Army and by January 1919 controlled most of the Donbas region, a major producer of coal and machinery.

The Vyoshenskaya revolt caused the Red Army’s 8th and 9th armies to re-route forces that were engaged against the Volunteer Army to suppress the uprising. In the spring and summer of 1919, the Whites regrouped and in a major offensive pushed the Soviet power out of the area.

Modern sources tend to lay the blame for the revolt vaguely on the Red Terror and depredations of the Red Army on the Cossack population. A more honest and accurate political and sociological analysis may be found in the remarks by the Soviet Commissar of War at the time, Leon Trotsky:

“This revolt was incited by Denikin’s agents, counter-revolutionary officers. It found support among the Cossack kulaks [rich peasants]. These kulaks drew behind them a considerable section of middle peasants. It is very possible that in some cases the Cossacks had suffered some injustices at the hands of particular military units passing through their territory or of individual representatives of the Soviet power. Denikin’s agents were able to exploit these injustices to fan the flame of revolt. White-Guard scoundrels masqueraded in this region as supporters of the Soviet power, so as the more easily to worm their way into the confidence of the Cossack middle peasants. In this way, counter-revolutionary trickery, kulak interests and the ignorance of the masses came together for a moment in a senseless and criminal revolt in the rear of our armies on the Southern Front.”