The preliminary findings of a study into the widespread presence of toxic substances in the area around the fire that destroyed Grenfell tower in London were published in the journal Chemosphere.

Carried out by Professor Anna Stec and a team from the University of Central Lancashire, its findings were reported to the government last February and ignored. Public Health England (PHE) has only ever tested for airborne pollution and always insisted that “the risk to public health from air pollution remains low.”

However, the Stec study described how “huge concentrations” of potential carcinogens are present in the dust and soil around the tower, as well as in the burned debris that had fallen from it.

Even when these findings were brought to national attention in the Guardian eight months later, in October 2018, PHE and the government attempted to evade the issue. They dismissed Stec’s work as not yet peer-reviewed and claimed that the chemicals she discovered could have come from “a variety of sources.”

Although a chemicals consultant, AECOM, has now been appointed to investigate the issue, not a single government-organised soil test has been carried out 21 months after the June 14, 2017, fire.

The publication of Stec’s full study confirms her original warnings, detailing “significant environmental contamination.” The carcinogen benzene was found in concentrations 40 times greater than the guideline level for urban residential areas in soil samples taken 27 metres away from the tower, six months after the fire. Samples from 142 metres away still registered up to 30 times the guideline level. Both sites had higher concentrations than would be expected for commercial land around petrol refineries.

Six carcinogenic polycyclic aromatic hydrocarbons (PAHs) were found within 140 metres of the tower, at levels up to 160 times greater than other urban areas. Soil sampled 27 metres away contained more than five times the guideline level of the most toxic PAH, benzo(a)pyrene, which can damage the lungs and the immune system and is related to increased risk of cancers.

Soil and debris sampled within 50 metres of the tower contained phosphorus flame retardants that are potentially toxic to the nervous system.

A balcony 160 metres away from the tower, sampled 17 months after the fire, contained traces of isocyanic acid, ethyl isocyanate and propyl isocyanate, potential causes of asthma, rashes, swelling and lung inflammation.

The researchers conclude that the findings could not have occurred naturally and that they are inconsistent with surrounding areas. They make the point that any study would have been much more valuable if begun in the immediate aftermath of the fire.

Stec said last week, “It is now crucial to put in place a long-term health screening plan to assess any long-term adverse health effects of the fire on local residents, emergency responders and clean-up workers.”

Her report is a vindication of the concerns expressed by the local community and a damning indictment of the authorities’ refusal to act.

Speaking to the World Socialist Web Site, local resident Kerdesan explained, “The children are sick all the time. My son goes to primary school next to the Kensington Aldridge Academy [at the base of Grenfell Tower]. They all have similar symptoms: coughing, chest pains, sore throats and ears, headaches. They haven’t done any tests in the school for the children, no screening. The community is fighting for it, but the authorities don’t care.”

Kerdesan herself suffered a bloody cough soon after the fire that antibiotics couldn’t cure. Seventeen months later, after a Grenfell survivor raised her case in a public meeting, she finally received a hospital appointment.

“They said your area must have very poor air quality. They asked if I smoked or if anyone in my family smokes, and none of us do. So they asked where I lived, and I explained it was near the Grenfell Tower. They asked if anyone else had done these tests. I’m due to meet a consultant on April 15 who will tell me the extent of the damage.”

Asked about the role of the Conservative government and the Royal Borough of Kensington and Chelsea council, Kerdesan said, “In the morning after the fire, the entrance to my house was covered in debris. I had to clean it myself. … I filled up four bin bags. I rang the council to ask for help, and they said no, you have to contact the housing association. I rang my landlord, and they said no, you have to contact the council. Why couldn’t we get this service as an emergency matter? It was all left there for us to deal with. Three weeks after the fire, I got a knock on the door from someone who’d come to clear the debris!

“I think they should screen everybody now. That’s the first thing they should do. But they want to hide the truth.

“Last October, when people asked how safe it was for people to eat fruit and vegetables grown in the garden, PHE said ‘Just wash it before you eat it.’ We asked what about the children playing, rolling around on the ground, which they’ve been doing for the last 17 months, what will happen to them—because nothing’s been properly cleaned? They said, ‘Just tell your children to wash their hands.’ This is how they risk people’s health, and every time it’s about costs.” 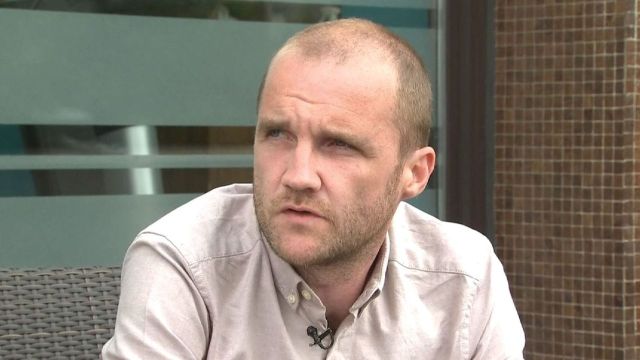 Joe Delaney, a local resident who lived adjacent to Grenfell Tower and has a long record of fighting for safe and decent housing in the area, condemned the government’s efforts to avoid a serious investigation.

“Professor Stec came into the area in December 2017 and took samples, she told them of her findings in February 2018 and they sat on it and did nothing. Then it leaked in October 2018, and we all trooped to the Hilton Hotel for a meeting where they said they were doing something. And now here we are in April, and still nothing’s been done.

“They’ve appointed AECOM to do an investigation for the area. I was contacted by Lisa James, who works for the Ministry of Housing, Communities & Local Government, in late December. She said she would like to meet me and discuss appointing a consultant and how to move forward. ...

“Lisa James and her assistant Cecil Sinclair are the community engagement team of MHCLG. She has been brought in from the private sector, where she is a motivational speaker. He is someone who has been seconded internally, and he’s come from the Troubled Families Unit.

“Why are MHCLG running a highly technical, specialised area of science that will need rigorous study that can carry the confidence of a community that already doesn’t trust the authorities, and you give it to the housing people? It’s an old trick in the civil service, when you don’t want questions asked, let alone answered, you get a complete generalist to do a specialist’s job—and they don’t know what they’re doing. The situation is being managed.”

Joe explained that AECOM was the only bidder for the consulting position, in a tender process that lasted less than 48 hours. Their tender document was completed and submitted by December 12, 2018, before any meetings were held with Joe or other residents, who were told nothing had been decided. AECOM worked with RBKC as recently as 2016, when environmental studies had to be carried out during the Kensington Academy Leisure Centre rebuilding project.

“It’s the magician’s trick, pick a card any card, and somehow you end up with the one that he wants. And if you read through their document it’s all talk about ‘managing expectations.’

“There are academic institutions around the country that could have done this work. Or internationally even, if you really wanted to avoid questions of impropriety.

“When they appointed AECOM, what they were basically saying was, ‘Come on now, enough time has passed, we just need to get on with things, so there’s no point objecting to AECOM.’ In other words, we’ve wasted almost two years, so we might as well do something—even if that something is useless and not what you want at all. Now they can say about the chemicals, well this stuff could have come from anywhere, it’s years later.

“These synthetic vitreous fibres, there’s no way that they could have come from anything else except Kingspan and or Celotex products—the fibres didn’t exist when the tower was built.”

Celotex supplied the RS5000 insulation sandwiched between the equally dangerous aluminium panels that were clad to Grenfell during its refurbishment. When RS5000 burns it gives off toxic fumes that contain cyanide. Highly flammable insulation was combined with aluminium composite material (ACM) cladding with a highly flammable polyethylene core.

“What PHE said was, yes there may be stuff in the area but Victorian people lit fires and had factories. Firstly, there weren’t factories. This area was a slum, bits of it were a racetrack owned by the Earl of Ladbroke, and farmland. We didn’t have chemical industries. If you look at the dispersal pattern for PAHs, the heaviest concentrations are around the tower and they seem to decrease the further away you go, so more likely than not they came from the tower.