Australia’s trade unions staged a series of rallies yesterday as part of their “Change the Rules” campaign to promote the election of a yet another Labor government that will implement the demands of big business.

The largest demonstration was in Melbourne, where tens of thousands of workers rallied, though attendance was notably lower than previous “Change the Rules” events in that city. Smaller rallies were held in fourteen other state capitals and regional centres.

The unions made no attempt to publicise or build the majority of these events, including a protest in Sydney that was only attended by about 100 people. This underscores the fear of the union bureaucracy that it could rapidly lose control of any mass gathering of workers. Part of the Melbourne rally

Despite the unions’ determined efforts, however, there is no enthusiasm among workers for the election of the Labor Party and its leader Bill Shorten.

Yesterday’s rallies were scheduled to coincide with the beginning of the federal election campaign. Union bureaucrats in Melbourne led chants promoting the Labor Party, including “What do we want? An election. When do we want it? Now.” And, “The Liberal Party thinks we’re fools. Vote them out and change the rules.”

The Labor premier heads a government that has privatised public assets, cut corporate taxes, and starved the public health and education systems of the necessary funding (see: “Victorian Labor government makes election pitch to big business”). He has implemented this anti-working class agenda while working closely with the trade union bureaucracy.

Union leaders hailed Andrews’ participation in the “Change the Rules” campaign, with Electrical Trades Union state secretary Troy Gray telling the rally that Andrews was “the greatest premier.” Victorian Trades Hall secretary Luke Hilakari declared: “We are one big family. It’s you, it’s all the Labor Party people. We’ve got some Greens marching with us too.”

In her speech, Michele O’Neil declared: “To change the rules we must change the government and throw out [Liberal-National Prime Minister] Scott Morrison and his rotten, mean government... Will you do everything you can between now and the election to see them on their way?”

The event underscored the political fraud of the entire “Change the Rules” campaign, just like the ACTU’s 2006–07 “Your Rights at Work” campaign that channeled workers behind Labor.

After the 2007 federal election, the union bureaucracy worked with Labor Prime Minister Kevin Rudd and wrote the very anti-strike rules that they now claim to oppose. Like their counterparts throughout the world, the trade unions in Australia have worked to impose corporate interests at the expense of the working class by enforcing mass layoffs, corporate productivity drives, workplace concessions and real wage cuts.

Between 1983 and 1996, the unions worked with the Hawke-Keating governments to implement sweeping pro-business, “free market” restructuring measures.

Now, amid an unprecedented crisis of global capitalism, the unions are again offering their services, working with governments and the major corporations to implement the next wave of attacks on the working class.

Despite the unions’ efforts at yesterday’s rallies to whip up excitement for a Labor government, few workers believe that Shorten and his colleagues will act in the interests of workers.

Max, a railway worker, told World Socialist Web Site reporters: “Everything they say you cannot believe—Labor and Liberal are much of a muchness. I reckon they are as bad as each other. The private health system is out of reach of most people. Taxes are paid by everyone, but as you get older the prices for insurance keep going up.” 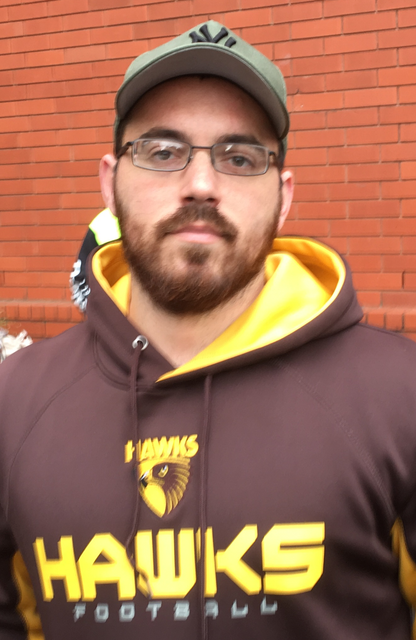 Sam added: “Labor is trying to sub jobs out [through privatisation]. There is a decline in safety and regulation. Politics is all business as far as I can see.”

The union bureaucracy’s ambition to modify the industrial relations “rules” is about extending its influence and material interests. There is no demand that the anti-democratic prohibitions of workers’ right to strike be eliminated. Instead, the ACTU wants to increase its ability to work with corporations through the re-establishment of industry-wide agreements.

ACTU secretary Sally McManus has cited Germany as the model to be emulated, with union bureaucrats sitting on company and state boards alongside government employers. Industry-wide bargaining, she has explained, would allow “business owners” and unions “to come together to improve productivity.”

Workers around the world have begun to take up a fight against the assault on their jobs, wages and conditions not through the trade unions but in defiance of them. American teachers, autoworkers in the US and Europe, public sector and other workers in Algeria and Sudan, and factory workers in Mexico have in recent months launched strikes and protests outside the trade union straitjacket.

Workers in Australia needs to turn to this emerging movement of the international working class, and form rank-and-file committees in every workplace to take forward a fight for jobs, wages and conditions. This is above all a political struggle, requiring a break with the Labor Party and the Greens, and the building of the Socialist Equality Party as the new mass party of the working class.