The following speech was delivered by Yabu Bilyana on 17 November 1991 to the “World Conference Against Imperialist War and Colonialism.”

Genocide is still practiced throughout Australia. The massacres of the past 200 years are the hidden history of the capitalist ruling class and its petty bourgeois agents. Capitalism cannot coexist with the struggle of the indigenous peoples. The petty-bourgeois radicals, both Aboriginal and non-Aboriginal, bear responsibility for the repression, rather graphically portrayed by the following:

The unemployment among Aboriginal workers now exceeds 35 percent, far higher than in 1971, when the recorded figure was 10 percent. In some rural areas, unemployment is as high as 90 percent. Due the destruction of the dignity of the Aboriginal people, there is a very high dependence on drugs and alcohol. And this results in a life expectancy 20 years below the national average. The cuts in health services are a reason why infant mortality is three times higher than the average. The capitalist nation state is involved in the cultural and physical genocide of Aborigines. 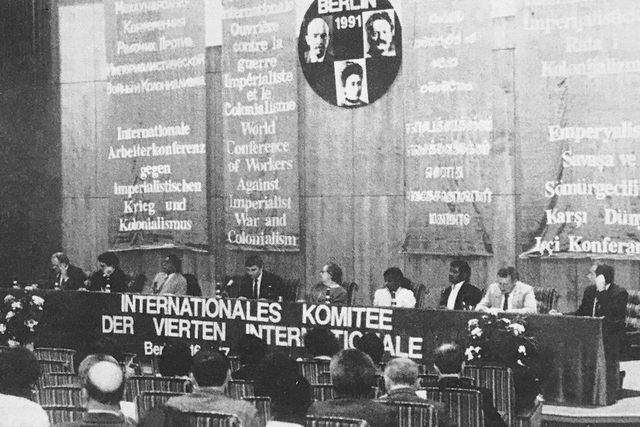 The World Conference Against Imperialist War and Colonialism

In the Royal Commission into Black Deaths in Custody, convened to investigate these legalised murders of 99 Aboriginal workers and youth in police and prison cells between January 1, 1980 and May 31, 1989, the final report declared that not a single policeman or prison officer was guilty of foul play. The report of the Royal Commission was nothing but a whitewash and fraud.

Furthermore, the Royal Commission’s blessing of the state killers exposed all the Labor “lefts” and petty-bourgeois Aboriginal leaders, Stalinists and middle-class radical groups, who hailed the Royal Commission as a victory for the Aboriginal people when it was established in 1987 under the Hawke Labor government.

A working-class tribunal must be established to lay bare the truth about these state murders as part of the fight for a workers government to overthrow the capitalist state apparatus and establish socialism.