Following weeks of rumors, CBS News confirmed Friday that former Marine Corps General John F. Kelly, who served for as secretary of homeland security and White House chief of staff under President Trump, has joined the board of directors of Caliburn International.

Caliburn is a for-profit company that runs the nation’s largest facility for unaccompanied migrant children, located in Homestead, Florida, along with three others facilities in Texas. Comprehensive Health Services (CHS), which operates the Homestead facility, was acquired by Caliburn last year and has since become one of the most dominant players in the child immigrant prison industry. 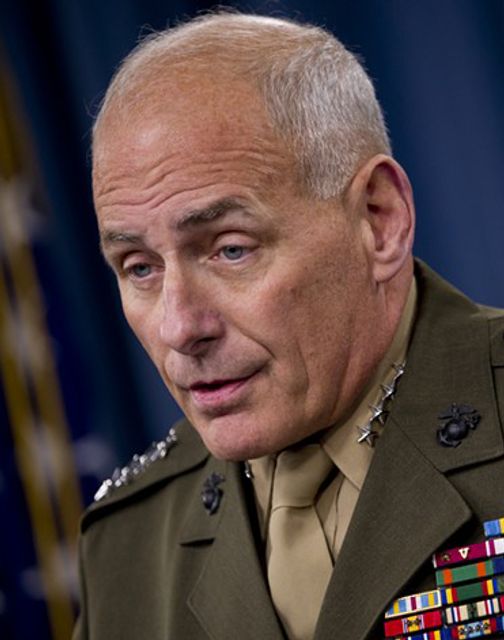 The retired military general, notorious for his brutality against immigrants, is cashing in on the draconian policies he helped implement. An early public advocate within the Trump administration for the “zero tolerance” policy that involved separating migrant children from their parents and locking them up in detention centers, he will now be handsomely paid by a company that has made many millions of dollars from the vast expansion of the migrant detention industry his policies helped promote.

Some 2,000 immigrant minors were being held in Homestead as of March 30, according to the Department of Health and Human Services. Its bed capacity is currently being expanded from 2,350 to 3,200. Located on federal land adjacent to an Air Reserve base, Homestead is the only site in the country not subject to inspections by state welfare officials, CBS reported. 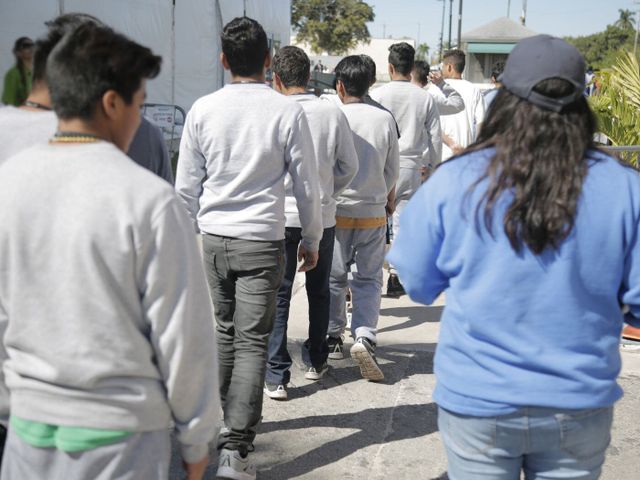 Nearly 1,600 teenage migrants are housed at a temporary emergency shelter in Florida run by a for-profit company. [U.S. Department of Health and Human Services]

Homestead, which is unlicensed, has been investigated for sexual abuse of child inmates. During the Obama administration, one Homestead staffer was accused of sexual abuse and subsequently sentenced to prison.

Kelly was appointed by Obama in 2012 to head the Southern Command, which is responsible for US military operations in South and Central America, including Guantanamo Bay. An open defender of torture, he vocally opposed closing the prison camp.

As head of the Southern Command, Kelly escalated the persecution and victimization of innocent men, women and children making the dangerous trek from the Northern Triangle countries of Central America through Mexico to reach the US border, where they sought asylum. He notoriously declared that the fight against “illegal immigration” to the US began south of the US border.

Under Programa Frontera Sur, Kelly oversaw the training of the Mexican military and supplied technology and intelligence to the Mexican government to carry out the dictates of Washington, including a crackdown of migrants seeking to enter the US.

Under the Trump administration Kelly picked up where he left off under Obama. Besides pioneering the child separation policy, he vigorously enforced Trump’s unconstitutional Muslim ban, authorized rank-and-file ICE agents and border patrol cops to pursue any immigrant who “in the judgment of an immigration officer” posed a risk to US national security, and formally rescinded the Deferred Action for Parents of Americans and Lawful Permanent Residents program, also known as DAPA.

Kelly was forced out by Trump and resigned his post as White House chief of staff at the beginning of 2019. This was part of a cabinet shakeup that included the dismissal of Defense Secretary James Mattis, also a retired general.

The history of Kelly’s career, from Marine Corps general to White House chief of staff and now board member at a leading company in the child prison business, lays bare the criminality and corruption of the US political system and its incestuous relationship with the military and big business.

The government recently gave Caliburn International subsidiary Comprehensive Health Services (CHS) $340 million in new contracts to run facilities in Texas. Federal contract records show that CHS received at least $222 million to operate Homestead between July 7, 2018 and April 20, 2019, and could receive up to $341 million in payments between now and November for continued operation of the expanded site.

The Homestead facility is the only child detention center considered an “emergency influx center” and therefore exempt from the 1997 Flores settlement, which limits the amount of time the government can detain children.

Reports on the conditions for youth in the facility read like descriptions of military prisons. Surrounded by a tall chain link fence, Homestead is guarded at every entrance by a team of private security contractors numbering over 2,000. Official photos from the Department of Homeland Security show dormitory style rooms with up to 200 beds in a single room crammed together in rows approximately shoulder-width apart. 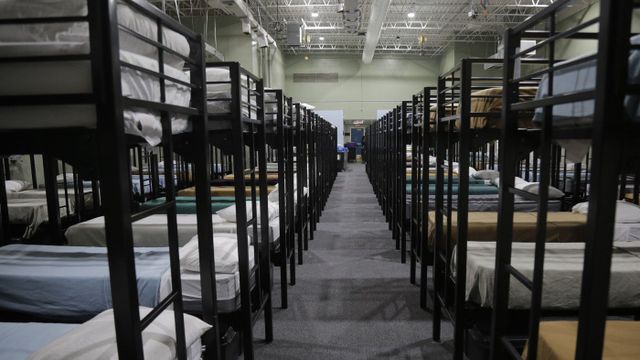 Dormitory beds for migrant children at the Homestead "temporary influx facility" outside of Miami. [U.S. Department of Health and Human Services]

The children are kept on a strict military-style schedule. Waking up promptly each morning at 6:30 a.m., they are marched in single file from building to building and have only one hour of outdoor time each day. The detainees are permitted to call their parents only twice a week for ten minutes.

Leecia Welch, senior director of legal advocacy and child welfare at the National Center for Youth Law, said in an interview with National Public Radio that children at Homestead have reported that from their first day of orientation they are told that under no circumstances can they touch another child in the facility, including their own siblings or friends to whom they are saying goodbye after many months of shared detention. “They can’t hug them goodbye. If they do, they’re told they will be written up and it could affect their immigration case,” Welch explained.

The prison-like atmosphere and military-style discipline reflect the background of the owners. The Caliburn board is made up of several former high-ranking military personnel, including retired General Anthony C. Zinni, Admiral James G. Stavridis and Rear Admiral Kathleen Martin. Kelly will no doubt feel right at home with this group.

Since news of Kelly’s career move went public, nearly every 2020 Democratic presidential candidate has taken the opportunity to denounce Kelly as a scoundrel. These statements are utterly hypocritical. Just a year ago, Kelly was being lauded by leading Democrats as a positive influence and “steadying hand” within the Trump administration.

At the time of Kelly’s appointment as head of the Department of Homeland Security, the New York Times carried a column by Roger Cohen praising Kelly and the other generals in Trump’s cabinet as “adults in the room” serving to “tether” Trump and “curtail his wilder instincts.”

This was echoed by nearly every leading member of the Democratic Party. Then-House Minority Leader Nancy Pelosi said shortly after his promotion to White House chief of staff that she “looked forward to working” with Kelly. Vermont Senator and Democratic Party presidential candidate Bernie Sanders, who voted for his confirmation, said he hoped Kelly and Defense Secretary Mattis would have a “moderating influence” on the Trump administration.

Connecticut Democratic Senator Richard Blumenthal told the Washington Post that Generals Kelly, Mattis and H. R. McMaster, then Trump’s national security adviser, were “standouts of dependability in the face of rash and impulsive conduct” on the part of Trump, adding , “There certainly has been a feeling among many of my colleagues that they are a steadying hand on the rudder.”

This high praise was given to a man who has played a leading role in some of the most brutal crimes committed by American imperialism. As a Marine Corps general, he commanded troops during the invasion of Iraq and helped lead the brutal offensive against the ancient city of Baghdad. He infamously told a reporter at the time, “Baghdad ain’t s**t.”

In 2015, he told the US Senate that “the only people not treated humanely or having their human rights protected [at Guantanamo] are the guards,” and that the prisoners have “better health care down there than probably the veterans in our country have.”

In spite of, or perhaps more accurately, because of his well-known background, Kelly was confirmed 88-11 by the US Senate to his position at the Department of Homeland Security.

At the time, no Democratic politician made any bones about his record in the service of US imperialism or the fact that just prior to joining the Trump administration, Kelly had been on the board of advisors of DC Capital Partners, an investment firm that now owns Caliburn. He was also listed as vice chairman at the Spectrum Group, a defense contractor lobbying firm, and had board memberships with Michael Baker International and Sallyport Global, two defense contractors that do business with the US government.