Six immigrant children dead in US custody since September

On Wednesday, CBS News reported that the Trump administration covered up the death of a 10-year-old Salvadoran girl in US custody. Although the unnamed girl died in September 2018, officials failed to notify the public of her death, leaving even the Salvadoran consulate in the dark.

A US government official has now confirmed that the girl entered the US in March 2018 in a “medically fragile state” but was not transferred to a health facility until May. After four months, she went into a coma on September 26. Only then was she transferred to Nebraska where her family lived. She died on September 29 of “fever and respiratory distress,” the official said.

When CBS asked for comment, US Customs and Border Protection (CBP) complained about the financial cost of mandatory medical screenings for children.

The Salvadoran girl was the first of six immigrant children who have died in US custody since last autumn. Over the course of the prior decade, no child died in immigrant detention.

This drastic increase in deaths serves as a warning: extreme right-wing forces in the White House, led by Trump’s adviser Stephen Miller, are orienting increasingly toward the official use of lethal violence against immigrants. But this cabal of fascists is on a collision course with the vast majority of the American people who view the deaths of immigrant children as a disgrace and an indelible mark of national shame.

The other five children who have died were Guatemalan and grew up in the devastating aftermath of the US-instigated Civil War that ravaged the country from 1960 to 1966. In the early 1980s, Guatemalan dictator Efraín Ríos Montt directed a genocidal campaign to murder peasants and workers with the support of the CIA and US military. Montt received military training in the US. In 1982, President Ronald Reagan called him “a man of great personal integrity and commitment.”

Each child’s short life story testifies to the devastation wrought by the capitalist system and US imperialism on the working class and poor farmers of Central America. 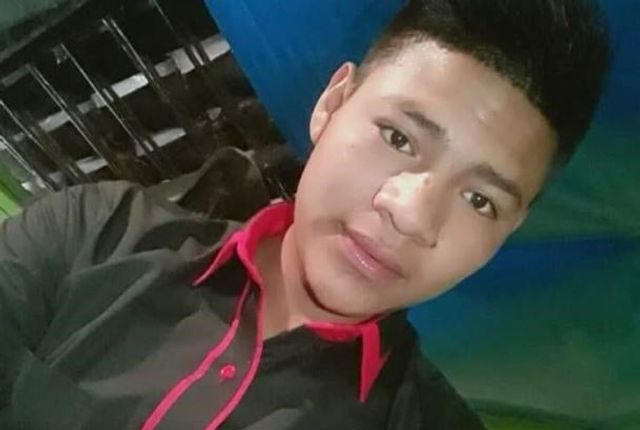 Carlos, known affectionately as “Goyito,” was “a very intelligent young man” who was in excellent health when taken into custody, his father told Telemundo. The family explained that Carlos’s brother is mentally handicapped. Carlos was traveling to the US to send money to pay for his brother’s health care, which the impoverished family could otherwise not afford. Carlos died after being found unresponsive on the floor of a holding cell.

Carlos’s hometown is 10 miles from Rabinal, the site of the Plan de Sánchez Massacre. On July 18 1982, US-trained soldiers fired mortar shells at a packed farmers market. Hours later, soldiers closed the town’s exits and went house to house, torturing and murdering the indigenous residents and raping women and children.

One witness testified that the government “separated the girls who were 15 to 20 years old from this group, and took them to Guillerma Grave Manuel’s house; they raped them; they broke their arms and legs, and then they killed them … The children were smashed against the floor, and then thrown into the flames together with their parents…”

According to family members, Wilmer’s mother took Wilmer to the US because the young child was severely sick, and it was impossible for the family to pay for health care in Guatemala. 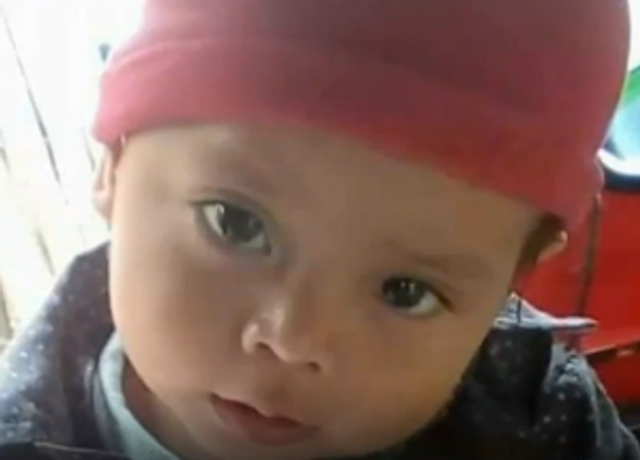 Wilmer’s grandfather told Telemundo, “She fled the same desperation that [the boy’s father] fled. She fled too, and with a sick child. There was nothing else they could do.” Wilmer’s mother cannot afford to return home for her son’s funeral and must now work in the US to pay off the medical debt she and her son accumulated in the US.

Wilmer’s hometown is in the same state as Panzos, where the Guatemalan military killed 140 indigenous Q’eqchi on May 29, 1978 after local workers and poor farmers marched to the city square to demand respect for their land rights. The region has large nickel deposits coveted by a local subsidiary of JP Morgan and the Hanna Mining Company.

The Washington Post reported, “It took just a few minutes of solid, frenzied gunfire for the Guatemalan Army to clear the village square at Panzos. When the shooting stopped, bodies of children, women and men lay bleeding among the trees.” Five women holding babies drowned as they attempted to escape across the Polochic River. 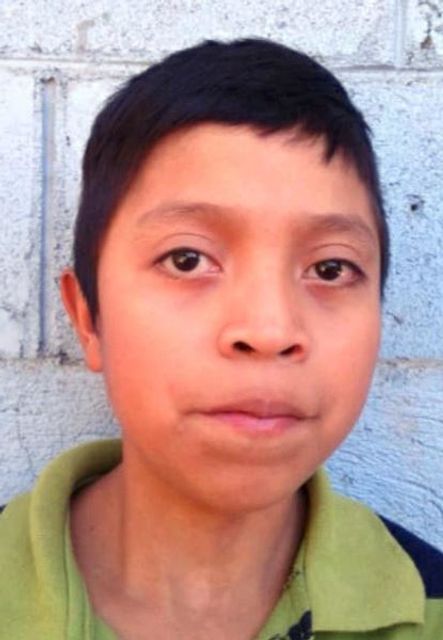 Juan fled his family farm after a prolonged drought wiped out the family’s entire corn and bean crop in 2017 and 2018. Drought in the area is the product of climate change, which has caused 2.2 million people to lose their crops.

According to the World Food Program, 50 percent of families did not have sufficient food, the highest ever. Family members say Juan fled because the family could no longer feed him. Juan’s father said Juan “went seeking life, but found death.” He was released from the hospital a day before he died of a brain infection known as Pott’s puffy tumor.

On Christmas Eve, the young boy died after losing consciousness from vomiting uncontrollably in a holding jail without medical staff present. Earlier that day, Felipe was improperly diagnosed with a common cold and discharged from a medical center. 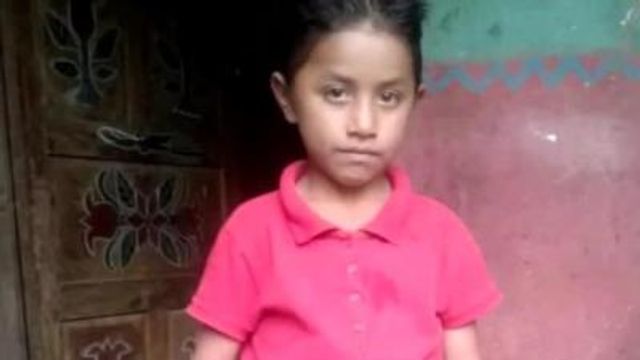 In 1999, researchers discovered a mass grave in Felipe’s hometown, which sits astride a region coveted by American corporations for its oil and mineral reserves. On July 17, 1982, a CIA-trained death squad descended on the peasant village. The New York Times reported:

“What happened next was an act of butchery that left all but four of the village’s inhabitants dead and all the buildings razed. According to contemporary accounts by people who lived in neighboring communities, many of the women were ordered to disrobe and raped. Children were torn from mothers’ arms and eviscerated with knives or beheaded with machetes. The rampaging troops killed all they found—shooting villagers, blowing up others with grenades, hacking some to death, burning some or crushing them under the walls of falling buildings.”

Records of the dead show it is likely Felipe’s own family members were among those tortured and killed.

Jakelin’s mother, a Q’eqchi Mayan, said, “I am living with a deep sadness since I learned of my daughter’s death. But there are no jobs, and this caused the decision to leave.” San Antonio Secortez is also located in the same state as the Panzos massacre. 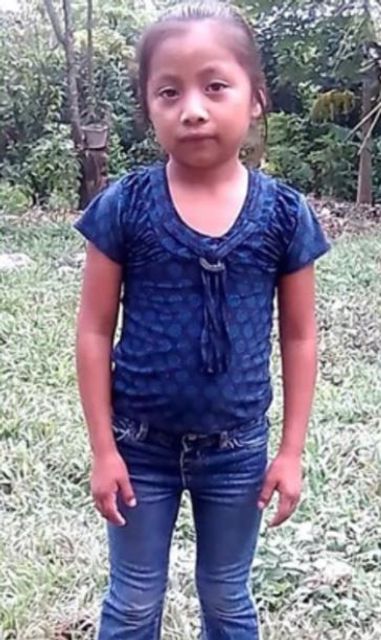 The New York Times wrote in December 2018, “The army carried out some of its deadliest massacres under the presidency of Gen. Romeo Lucas García in the department of Alta Verapaz, where the Caal family lives, and neighboring departments. The names of the targeted villages are seared into Guatemala’s memory.”

The leaders of the Democratic Party have issued statements lamenting the deaths, but the Democratic Party is responsible for passing all of the major pieces of anti-immigrant legislation enacted into law over the past 25 years and for carrying out the crimes of US imperialism which have forced tens of millions of people to flee their homes. Hundreds of children have drowned attempting to escape the US-led wars in Iraq, Afghanistan, Yemen, Libya and Syria.

The deaths of the six immigrant children are an attack on the working class as a whole. Protecting the lives and democratic rights of immigrants requires a fight against imperialist war and the capitalist system.