In results announced Friday evening, workers at the Volkswagen assembly plant in Chattanooga, Tennessee voted 833-776 against being represented by the United Auto Workers in a US National Labor Relations Board (NLRB) supervised election. It was the second rebuff to the UAW by workers since 2014 at the plant, which builds VW Passat sedans and the Atlas SUV. In 2014 workers rejected the UAW by a 712-626 margin. 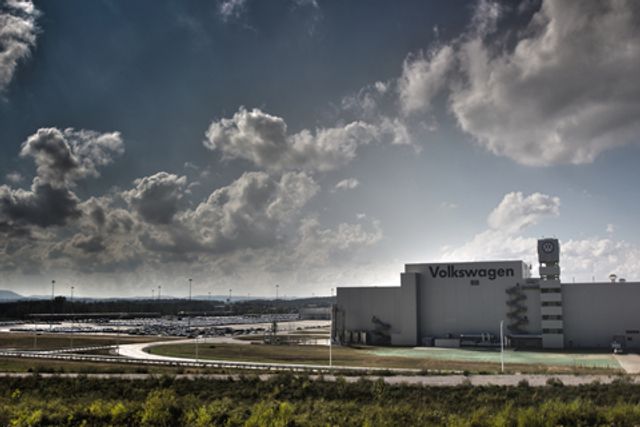 The UAW quickly attempted to shift the blame for the defeat, citing management delaying tactics and unfair US labor laws. That is absurd. In the great industrial battles of the 1930s, workers fought and overcame far more formidable obstacles to organize. The fact is the UAW is rightly despised by workers for its unbroken record of betrayal.

Since 2014 the credibility of the UAW has suffered further devastating blows. In 2015 it forced through sellout contracts, over heavy rank-and-file opposition, expanding the number of super-exploited temporary part-time (TPT) workers at the Detroit automakers. The negotiations saw a historic 2-1 rejection vote by Fiat Chrysler workers of the first contract presented by the UAW.

Subsequently it was demonstrated that top negotiators for the UAW, including then UAW vice president Norwood Jewell, had taken bribes from Fiat Chrysler executives in exchange for signing sweetheart contracts. Former UAW President Dennis Williams and other top UAW officials have also been implicated in the scandal involving the siphoning off of millions from the funds of UAW-management training centers over several years.

The UAW continues to collaborate with the auto companies to cut costs and slash jobs. The UAW organized no opposition to the announced closure by GM of five North American factories, four in the US. Instead it has promoted anti-Chinese and anti-Mexican nationalism while lining up with the protectionist measures by the extreme right-wing Trump administration.

The complete contempt of the UAW for the elementary interests of workers was on display again this week when it shut down a strike by nurses it represents in Toledo, Ohio, forcing them back to work without releasing any details of the contract or the opportunity to vote. During the strike, the union ordered hospital support staff, who are also UAW members, to cross the picket lines of striking nurses.

UAW membership continues to plummet, despite the low official unemployment rate, falling eight percent in 2018 to below 400,000. That compares with 1.5 million members in 1979.

With negotiations for the 2019 contract with Ford, General Motors and Fiat Chrysler set to begin in July, the UAW is attempting to dampen expectations, raising no substantive demands. Wall Street on the other hand is pushing for further attacks on autoworkers to shore up profits in the face of growing signs of recession. With wages stagnant for decades, auto analysts now point to “gold-plated” autoworker health care benefits as a target for attack, insisting that any form of decent health coverage is a luxury that must be scrapped in order to fatten investor portfolios.

Workers at VW, like those at the Detroit-based US carmakers, face overwork, insufficient time with their families, attacks on benefits, stagnating wages and the conversion of large parts of the workforce into contingent, part-time and third-party contract employees. Aerotek, a staffing agency, supplies between 30 and 40 percent of the workforce, according to one report. Indeed, only 1,700 of the plant’s 3,800 workers are eligible to vote in the NLRB election.

However, the UAW said nothing about ending the super-exploitation of these workers just as it sanctions the abuse of temporary part-time and contract workers at the Big Three auto factories. This was highlighted by the tragic death of Jacoby Hennings, a young TPT worker attempting to hold two jobs, one at Ford and one at Fiat Chrysler. Police and UAW officials claimed he killed himself at the Ford Woodhaven stamping plant after a still unexplained dispute with union officials.

In 2014 VW was pressing for the establishment of a works council at its Chattanooga plant, similar to ones it has established in Germany with the support of the IG Metall trade union to better discipline its workforce. However, under US labor laws VW would need to grant union recognition in order to establish a works council and openly campaigned in favor of the UAW.

The UAW gladly offered its services, signing an agreement declaring its utter subservience to the profit drive of VW. The union agreed to “maintaining and where possible enhancing the cost advantages and other competitive advantages [Volkswagen] enjoys relative to its competitors in the United States and North America.”

In spite of, or perhaps because of, VW’s backing of the UAW, workers voted to reject the union in 2014. In the just completed NLRB-supervised election, VW management pulled back somewhat from the open support it gave to the UAW, stating its “neutrality.” But there is no doubt it would have embraced a UAW victory, working with its corporate “partner” to impose ever more draconian conditions while stifling opposition.

The vote this week at VW took place amid an ongoing upsurge of strike activity, both in the US and internationally. A massive general strike took place in Brazil on Friday. Teacher strikes and protests have erupted in a number of major cities including Los Angeles and Oakland, California. In January, 70,000 maquiladora workers began a series of wildcat strikes in Matamoros, Mexico. General strikes have also taken place in Algeria, Sudan, India and other countries.

Workers everywhere need fighting organizations democratically controlled and encompassing the broad masses of workers. The unions have long ceased to be genuine workers’ organization. Instead, in country after country they collude with the government and employers to destroy workers’ hard-won gains while promoting reactionary nationalism.

The World Socialist Web Site Autoworker Newsletter calls for the building of rank-and-file factory committees to be the genuine independent voice of workers. These committees should unite all workers, whether “contract,” “TPT” or full-time, in a common struggle to advance demands based on the needs of workers, not the profit requirements of management. To fight global corporations like VW, GM and Ford, which are destroying jobs throughout the world, US workers must link together with their brothers and sisters in Germany, throughout Europe and the world.

Workers face not just a fight against this or that greedy employer, but against an entire economic system, capitalism, based on the enrichment of a wealthy few off the labor of millions. In its struggles, the working class must be guided by a socialist perspective aimed at placing the banks and big industry in the hands of the working people for their common benefit. Workers interested in learning more are encouraged to read the Autoworker Newsletter.