New York Times: Main source for anti-Russia campaign may have been a “double agent”

In a further exposure of the concocted claims of the New York Times and the Democrats of Russian “subversion” of the US political system, the Times acknowledged Tuesday that the key source used by the intelligence agencies to claim Vladimir Putin’s direct involvement “could be a double agent.”

On October 7, 2016, the Department of Homeland Security and the Office of the Director of National Intelligence said they were “confident that the Russian Government directed the recent compromises of e-mails from US persons and institutions.”

According to this narrative, amplified by the Democratic Party and the New York Times itself, Putin personally intervened to try to get Donald Trump elected by directing the Russian state to steal incriminating emails from the Clinton campaign and release them to WikiLeaks for publication. 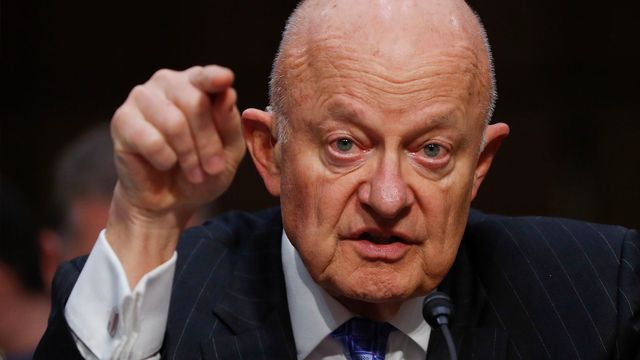 Now, the main editorial outlet driving the Democrats’ anti-Russia campaign has admitted that serious concerns were raised within the US intelligence establishment about the primary source behind its hyperventilating denunciations of Russian “meddling.” The Times reported that the source, later identified by the Russian press as Oleg Smolenkov, gained an “influential position that came with access to the highest level of the Kremlin.”

Smolenkov “became one of the CIA’s most important—and highly protected—assets,” according to the Times. CNN reported that he was able to photograph documents on Putin’s desk and send them to Washington.

The Times wrote: “The Moscow informant was instrumental to the CIA’s most explosive conclusion about Russia’s interference campaign: that President Vladimir V. Putin ordered and orchestrated it himself. As the American government’s best insight into the thinking of and orders from Mr. Putin, the source was also key to the CIA’s assessment that he affirmatively favored Donald J. Trump’s election and personally ordered the hacking of the Democratic National Committee.”

There was just one problem. When the United States, concerned that media reports of Russian “meddling” might compromise their asset in the Kremlin, offered to exfiltrate their spy from Russia, where he risked a life sentence or execution if caught, he at first refused, leading to the conclusion that he might be a double agent, feeding false information to the Americans on behalf of elements within the Russian state.

The Times wrote that in 2016 “the source’s rejection of the CIA’s initial offer of exfiltration prompted doubts among some counterintelligence officials. They wondered whether the informant had been turned and had become a double agent, secretly betraying his American handlers. That would almost certainly mean that some of the information the informant provided about the Russian interference campaign or Mr. Putin’s intentions would have been inaccurate.”

The Times continued, “Some operatives had other reasons to suspect the source could be a double agent, according to two former officials, but they declined to explain further.”

Ultimately, after the Times, the Washington Post and other major media outlets published reports about the unnamed source, the US exfiltrated the spy, who is now living under his real name in Washington.

Kremlin spokesman Dmitry Peskov said Smolenkov did work for the Putin government, “but he was never a high-ranking official” and was fired two years ago.

In the name of combating “Russian meddling,” politicians pressured American technology firms to undertake the most onerous program of political censorship in the history of the internet in the US. Accounts with millions of followers were deleted overnight, while Google manipulated search results to bury left-wing viewpoints.

There was a massive effort to poison public opinion against Julian Assange, the courageous publisher and exposer of war crimes. He was slandered by the Democrats and the Times as a Russian agent who colluded with Trump, setting the stage for his imprisonment.

More information will no doubt emerge about the background and possible motivations of Smolenkov. But regardless, the fact that the source behind allegations the newspaper breathlessly proclaimed as fact had serious credibility problems makes clear that the Times made no serious efforts to question, much less validate, its chosen political narrative.

This newspaper functions as a clearinghouse for unquestioned, unexamined dispatches from within the American intelligence apparatus. Its role in promoting the Bush administration’s lies about weapons of mass destruction in Iraq was not an aberration, but its modus operandi.