By the WSWS Autoworker Newsletter
23 September 2019

Text AUTOWORKER to (888) 682-9218 to receive important updates via text from the WSWS Autoworker Newsletter. Message and data rates may apply.

On Friday, General Motors summarily fired five workers at its Silao Complex in Mexico because they have resisted company efforts to increase production at the plant in order to undermine the strike by 47,000 GM workers in the United States. The victimization took place shortly after workers issued a public call to unite GM workers on both sides of the border.

The action exposes the fear of GM and all transnational corporations that workers around the world will break the chains of the nationalist and pro-capitalist unions and unify their struggles to defend jobs and living standards.

On September 15, on the eve of the US GM strike, dozens of Silao workers held an assembly where they agreed to resist any demands for increased output that would weaken their brothers and sisters in the US. More than 6,000 autoworkers at the Silao Complex assemble GM’s highly profitable Chevrolet Silverado and GMC Sierra pickups, which are also produced in Flint, Michigan and Fort Wayne, Indiana. There are 16,000 hourly GM workers in Mexico who make about $2 an hour and work 12 hours a day.

As it was preparing for a potential strike, GM launched a campaign of harassment against workers in Silao and San Luis Potosi, with the assistance of the Confederación de Trabajadores de México (Confederation of Mexican Workers or CTM).

On August 28, Israel Cervantes, with 13 years at GM, was fired for speaking out against the pro-company union. Cervantes and another outspoken worker, Pedro Masías, with 15 years at the plant, were terminated with no severance pay based on trumped up charges that they failed drug tests. The company never released the results of the tests, and a test done independently by Cervantes showed no signs of drugs.

The harassment intensified after the US strike began as management confronted resistance to its efforts to increase output by at least 25 pickup trucks a day. In response, workers decided to appeal directly to US GM workers.

The workers fired Friday are Carlos Marquez, who has eight-and-a-half years at the plant; Fernando Moreno Moya, with 23 years; Arturo, with 23 years, Juan Carlos Mendoza, with 25 years, and Ramón Rodríguez, with 23 years. All told these workers have accumulated 102 years of blood, sweat and tears, which were trampled underfoot by a corporation that made $27.5 billion in profits in the last four years.

In four voice messages, which were shared and agreed upon by their entire group, the Silao workers appealed to US workers to carry out a common struggle against GM. One read: “We will strengthen your struggle by not letting ourselves be pressured into higher productivity. We will continue to organize in small groups like those you call rank-and-file committees to stop the abuses, and above all to back your struggle and defend our interests.”

The statements were played for hundreds of US autoworkers who attended a call-in meeting last Thursday sponsored by the WSWS Autoworker Newsletter. The workers also urged US GM workers to adopt the following points to the list of their strike demands: “(1) That the company immediately rehire unfairly dismissed coworkers, (2) That GM stop harassing workers at plants in Mexico, (3) That the company stop fabricating non-legal arguments for dismissal, and (4) The creation of a commission of workers at the companies involved with legal advisors to oversee the enforcement of these previous points.”

On Friday at around noon, the five leaders of the militant group—known as “Generating Movement”—were called into management’s office and told their contracts were being terminated. As a supposed justification, managers cited the collection of signatures by workers to oust the pro-company union.

But their real “crime” was supporting striking US workers and reaching out to their American counterparts to oppose victimizations. 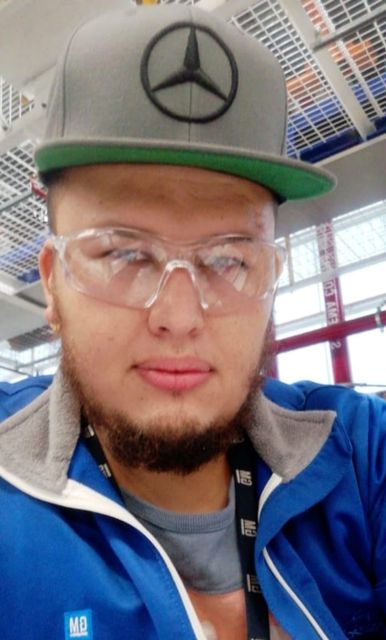 All five workers had participated in the September 15 workers assembly, which had voted to back the striking US GM workers. Several workers who attended the assembly reported seeing unfamiliar faces who could have been company or union spies or “hawks” as they are known in Mexico.

While the workers were being held in the manager’s office, angered simmered in the plant. One worker said, “My people, were telling me ‘güero, what do we do? Let’s stop the plant. We want you back. What do we do?’ This happened while I was inside negotiating.”

He continued, “I’m almost 100 percent sure that the General Motors executives listened to our audio files. I’m almost 100 percent sure they decided to act and said, ‘It’s time for these people who fight for independent rights of workers to be out of the plant.’ Imagine, there are so many interests at stake, imagine if all General Motors plants would grind to a halt.”

Exploiting the economic desperation these workers would confront without a job or an income, management pressured several to accept a full severance package instead of fighting the terminations.

One worker said he decided to put his wife and three daughters first and accepted the severance payment. “I don’t have the resources to maintain my family and keep fighting without a livelihood,” he added. “That is why your Mexican co-workers felt compelled to accept what they were offering. I’m 100 percent sure people will keep fighting for our rights and the benefits that the company must truly give us internationally.” 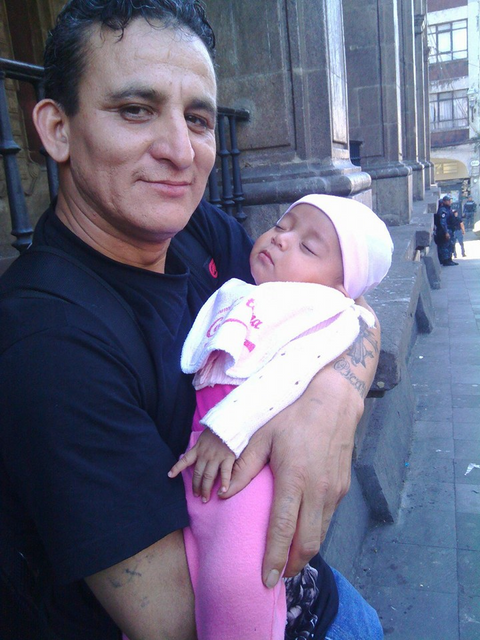 Israel Cervantes and his daughter

In their Facebook page, the “Generating Movement” declared, “Five warriors have been taken from us, but that is clear evidence that they are afraid, and we tell you that those still in this group will keep moving forward because we are only fighting for our rights, while the company and union are only screwing us over.”

A leading worker still in the plant told the WSWS Autoworker Newsletter, “We’ll discuss a new strategy, while not letting ourselves be humiliated like this. The work environment is very stressful. Actually, they wanted me to work overtime, but I told my boss that I wouldn’t go, and he said that he would give me a ‘correction warning.’ I told him I wouldn’t sign anything, that I’ll accept the consequences until the end. We are still fighting.”

Other workers who have previously victimized also spoke to the WSWS. María Guadalupe Ibarra Ramírez said she developed spinal cord injuries after eight years at the plant and was fired on June 5. “I haven’t had medical help since June at the IMSS [state health care system], and the union has not given me my savings and didn’t support me against the company.”

Her co-worker, Hilda, added, “That is what they do a worker is fired. They don’t even care if you have enough for the bus. They couldn’t care less about what may happen to you once you are out, and they are firing all those who are injured. The union is on their side. Because my arm was hurting, I requested a change to another line because I didn’t ask for a leave. Unfortunately, I went to the union, which told human resources, and I was fired.” 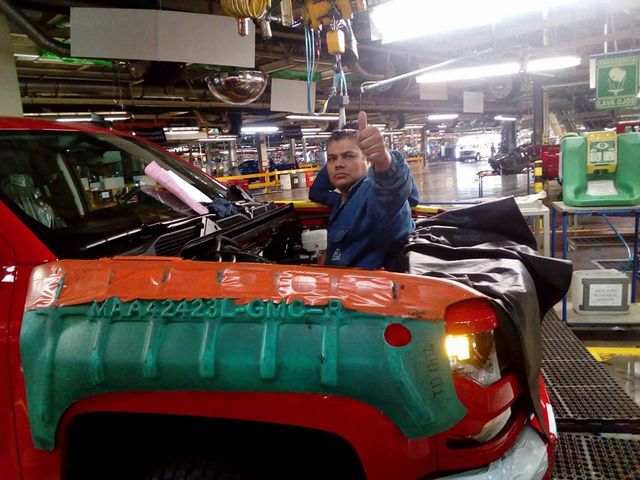 Striking American GM workers have a duty to defend their courageous class brothers and sisters in Mexico. The demand for their reinstatement will only strengthen US workers.

All over the world, workers increasingly understand that it is impossible to organize an effective strike, let alone a broader social movement against inequality and capitalist exploitation, without collaborating across national borders.

Earlier this year, 70,000 auto parts and electronics workers in the maquiladora sweatshops in Matamoros, Mexico, revolted against the corrupt unions, carried out wildcat strikes to demand higher wages and shorter working hours, and marched to the US border to appeal to American workers to join their fight.

The fight to defend the Mexican workers and to win the demands of GM strikers to abolish the two-tier system, roll over temps, defend health care and win substantial wage increases, and reopen closed plants, can only be taken forward if workers take the control of the strike and quickly change its course.

This means building rank-and-file factory committees independent of the UAW, which has collaborated with the auto bosses for decades while blaming Mexican, Chinese and other workers for “stealing US jobs.” To fight the global strategy of the auto companies, workers need to reject the nationalism of the UAW, Trump and the Democrats, and adopt an international strategy to unify autoworkers around the world.