Democratic Newark Mayor Ras J. Baraka and Democratic Governor Phil Murphy declared that the filters distributed to residents in 2017 were “doing their job to protect our residents from the risks of lead.” Officials stated that testing results have revealed 97 percent of homes with PUR filters had water lead levels under 10 parts per billion (ppb) and that a detailed report will be released in the coming weeks.

The claim that the filtered water is safe to drink is a deadly lie. Jeff Tittel, director of the New Jersey Sierra Club, noted in a statement responding to the remarks of Baraka and Murphy: “The CDC and the EPA said there should be no traces of lead in the water. The private well drinking act sets the standard for houses on wells for 5ppb. 10ppb but it is still way too high and that will have serious health impacts on children and the people of Newark. It shows we are doing too little too late.” 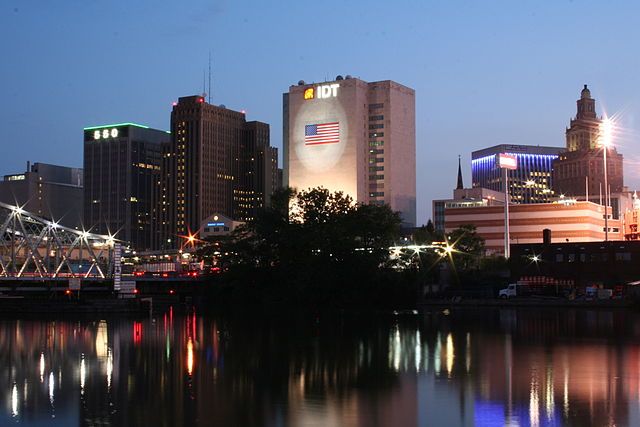 There is even less reason to take the words of city and state officials at face value since these latest tests were likely conducted under ideal conditions in which filters were properly installed, which is not the case in many housing units.

Newark is the largest city in New Jersey with a population of 285,000. Its residents have been dealing with the lead crisis for years. Lead is a deadly neurotoxin which can cause organ damage, weakness and anemia. It is especially harmful to children and pregnant women which is why the American Academy of Pediatrics recommends lead levels in water to be below 1 ppb. Most of Newark’s water is far above this recommended level.

Newark residents receive water from two treatment facilities, the Pequannock Water Treatment Plant (WTP) for western Newark and the Wanaque WTP for eastern Newark. But filters were distributed only in October 2018 and only to Newark residents serviced by the Pequannock WTP even though, according to the National Resources Defense Council, in 2014 ten percent of households serviced by the Wanaque WTP had lead levels above 15 ppb.

In 2016, several schools in eastern Newark tested for high levels of lead including Wilson Avenue School, an elementary and middle school, which was recorded as having lead levels as high as 193 ppb.

The 30,000 residents who are serviced with water by the Wanaque WTP have never received filters and were excluded from the recent testing.

Many residents who did receive filters had faucets incompatible with the equipment and faced installation difficulties. The city provided no assistance in filter installation. In addition, a significant portion of residents do not read English and couldn’t possibly have interpreted the filter installation instructions by themselves.

As a result, some residents had loose filters which leaked lead-contaminated water, were running hot water through them, which damaged the filters, or did not know how to replace filter cartridges.

In 2015, 2016, October 2018 and March 2019, Newark was also cited for the violation of federal regulations for exceeding the maximum levels of disinfectant byproducts in its water supply. These byproducts are linked with increased rates of cancer and pose reproductive risks.

Finally, a study in August showed that two of three homes tested had lead levels above the federal limit prompting the federal Environmental Protection Agency (EPA) to order Newark to distribute bottled water to its residents immediately afterwards. However, many with contaminated water, such as Wanaque WTP residents, were not eligible.

As with its water filter program, Newark’s bottled water program has been completely inadequate. It only distributed a measly 24 bottles, or 811 oz, to each family per week. The Center for Disease Control states that the average US male should drink 875oz of water each week. The city is therefore supplying eligible residents with water that doesn’t even satisfy the drinking requirements of a single male, let alone an entire family’s drinking and cooking needs.

Last month Baraka and Murphy announced that $120 million worth of bonds would be issued by Newark and Essex County, of which Newark is a part. The bond will supposedly raise the funds needed to replace all of Newark’s 18,000 lead service pipes within 24–30 months instead of an earlier plan which would have replaced the pipes in 10 years.

The bond program was approved the next day by the city council without a detailed plan and without any input from city residents. It will need to be paid back over 30 years, with $6.2 million annual interest for a total of $186 million. Newark currently does not have the funds to repay the bonds. Mayor Baraka, however, has stated that this plan will be cost- free to residents because he will seek federal and state funds to cover it.

Baraka wrote an open letter to Republican President Donald Trump in January, appealing for funds. Trump has not yet responded to Baraka nor has he replied to a separate appeal from Governor Murphy for funds.

Senator Corey Booker, the former mayor of Newark and one of 19 Democrats currently seeking the party’s 2020 presidential nomination, co-authored a bill allocating a measly $100 million to aid communities across the US in removing lead from their drinking water, funds which Newark could apply for if the bill is enacted. While it passed the Senate and House several weeks ago it is still waiting for a response from Trump.

The Trump administration’s 2018 budget slashed $5.7 billion from the EPA, with further cuts in 2019, which has shaved off hundreds of millions of dollars of investment in programs critical to the maintenance of water infrastructure.

Regardless of the dubious possibility of the federal government funding the replacement of lead service lines in the city, many homes in Newark do not receive their water from lead service pipes but instead have lead leech into their water through lead plumbing, solder, and fixtures. Under the bond program, residents of these homes will not receive the urgent assistance they need.

The New Jersey Department of Environmental Protection estimates that 350,000 service lines in the entire state have lead components. Around 6–10 million homes throughout the United States have lead pipes.

Lead contamination through water consumption is only one of the ways in which lead builds up in the body. The most common cause is through lead-based paint and lead tainted dust in older buildings. According to the Environmental Defense Fund, at least 500,000 children in the US have elevated lead levels.

The crisis in Newark reflects a national public health disaster, which requires the mobilization of trillions of dollars worth of infrastructure development and a public works program to resolve. The ruling class, which recently passed a record-breaking $738 billion war budget, has no interest in the well-being of the working class and no intention of resolving the massive environmental contamination.