A wave of working-class strikes and demonstrations has escalated in Sri Lanka this week pointing to deep-seated popular opposition to the Colombo government’s attacks on jobs and wages directed by the International Monetary Fund.

Fearing the eruption of a social explosion, the government yesterday pretended to address the strikers’ main demand, the “rectification of salary anomalies”—the phrase being used by the unions without specifically demanding a salary increase.

On Tuesday, Finance Minister Samaraweera rejected salary increases “at this moment” for state sector employees, saying the government needed 112 billion rupees annually, but “promised” a pay rise next January. The seemingly changed position of the government is a desperate attempt to halt the rising tide of class struggle and an appeal to the trade unions to assist in this process. 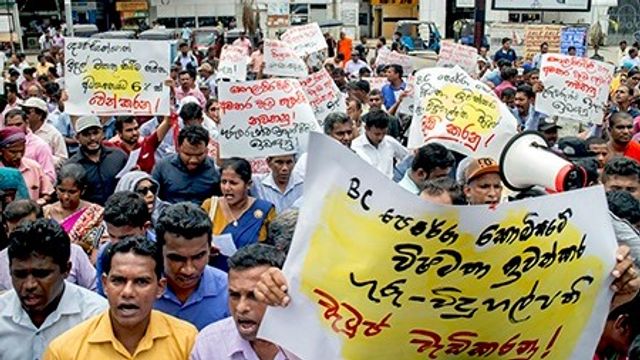 * Indefinite strike action by about 17,000 state university non-academic workers and executive officers began on September 10. They are demanding salary increases granted to other state-sector employees, pension rights and other benefits (see: “A socialist perspective for the Sri Lankan university employees’ struggle”).

While the government and university authorities have said they will not grant workers’ demands, the strikers intensified their protests this week and plan similar action next week, including another demonstration in Colombo. The unions are attempting to use the protests to deflect workers’ anger, insisting that ongoing pressure will force authorities to grant the unions’ demands.

The striking railway employees want rectification of salary anomalies compared to lower grades, along with other demands, including the repair of defective railway engines and railway lines and ending the practice of forcing drivers to pay for damage in accidents caused by engine and rail line defects. 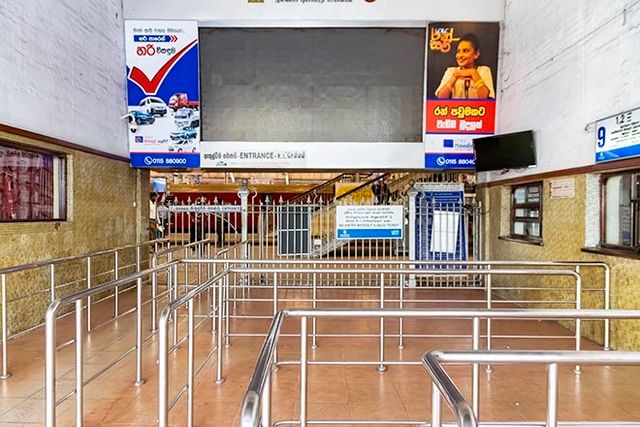 Locked gates at the Fort Railway Station in Colombo

Colombo responded to the rail strike by deploying the army to man railway stations. State Minister of Transport and Civil Aviation Ashok Abeysinghe has threatened the railway strikers with “stern action” if they do not return to work by Monday.

Railway workers initiated a work-to-rule campaign on September 18 but ended this action after the railway management promised to resolve their demands. Strike action on June 21 and 22, and a six-day walkout in August last year, were betrayed by the unions.

* More than 200,000 school teachers held a two-day national strike on Thursday and Friday. They are demanding a pay rise, rectification of “salary anomalies,” restoration of abolished pension scheme, and 6 percent of the GDP allocated to education.

However, more than 4,000 teachers rallied in Colombo and the unions planned to march to the Presidential Secretariat and meet with President Sirisena or his secretary. The march was blocked by hundreds of police armed with batons, tear gas and water cannons. 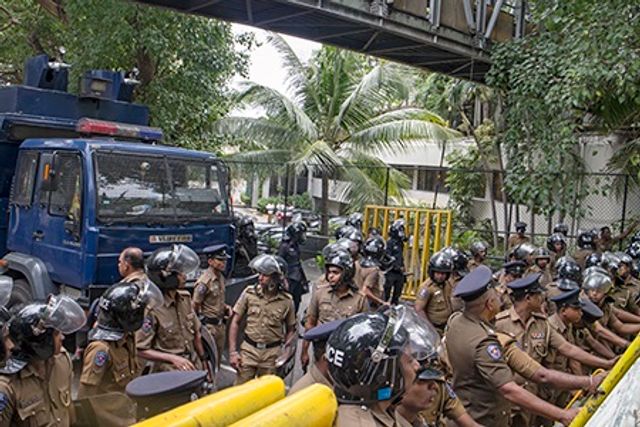 After pleading with the police, the teacher union leaders were transported in a police jeep to the Presidential Secretariat, where they waited in vain for two hours for a discussion. They returned to the demonstration and announced to the angry crowd that there would be a five-day strike beginning on October 7, promoting the illusion that more protests would pressure the government to make concessions.

* The Sri Lanka Administrative Officers Association also launched an indefinite stoppage this week over salary anomalies. They returned to work yesterday so as to do relief work because of floods hitting the country. They plan to resume their strike action on Monday.

As well as these major walkouts, the previous week there were also one-day strikes and protests for better working conditions by health workers and Water Board contract employees.

The trade unions which have been forced to call the current strikes have no program to take forward workers’ demands. The separate limited actions and ongoing appeals to the government are futile and a repeat of their constant claim that pressure will force the government to accede to workers’ demands. The unions will seize on Colombo’s new cabinet sub-committee to try to shut down all industrial action.

Finance Minister Samaraweera claims a salary increase for state employees is possible but this is a fraud. In a veiled threat to striking workers, he declared that the state sector workers had been “misled” and should “not become tools of political forces.” The striking workers have not been “misled,” but are attempting to defend themselves and their legitimate rights from a vicious and escalating government attack.

Impacted by the global slump, the cash-strapped and debt-ridden government is totally committed to the International Monetary Fund’s program which is demanding that the fiscal deficit of 7 percent of GDP in 2015 be slashed to 3.5 percent next year.

This week the IMF’s team working on Sri Lanka issued a statement which insisted on the implementation of “institutional reforms”—i.e., privatisation—and the “preservation of macroeconomic stability”—i.e., slashing the fiscal deficit. These measures were necessary the IMF said “given the weak global outlook and Sri Lanka’s sizable public debt.”

The growing wave of strikes and protests in Sri Lanka over the past 12 months is part of a resurgence of class struggles internationally. Workers around the world are fighting to defend their jobs, living standards and basic rights. The response of the ruling classes in every country is to turn towards dictatorship and fascist forms of rule.

While Sirisena, Wickremesinghe and opposition parties have tactical differences over how to crush the opposition of working people, they are all moving in this anti-democratic direction. All seized on the April 21 Islamic terrorist attacks on Sri Lanka to impose draconian emergency laws and to deploy the military in the largest operation since the end of the war against the separatist Liberation Tigers of Tamil Eelam.

Every party in Sri Lanka, including the opposition Sri Lanka Podujana Peramuna, led by former President Mahinda Rajapakse, and the Janatha Vimukthi Peramuna, fully backed the government in this operation. These parties are now preparing for the November presidential election under the banner of “preserving national security”—the pretext for police-state measures in every country.

Industrial action by key sections of the Sri Lankan working class this week highlights the fact that they have one thing in common—they are all demanding the right to decent living and social conditions, higher wages, working conditions and democratic rights.

This fight can only be advanced in a political struggle against the trade unions which are directly connected to the political establishment, the state and big business and oppose a united fight against the government and the capitalist system. 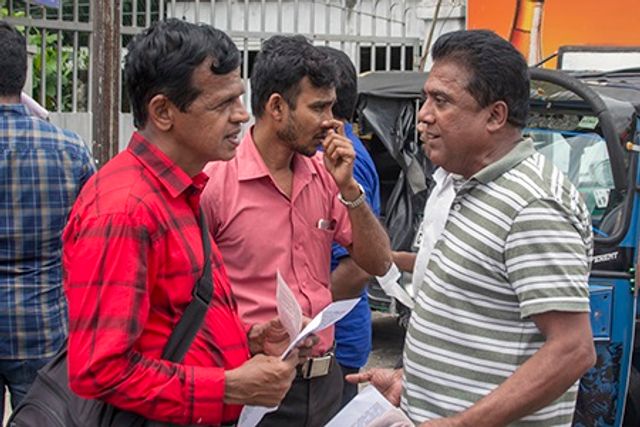 The Socialist Equality Party (SEP) has intervened in these struggles, urging workers to form action committees, independent of the unions, in workplaces and working-class neighbourhoods, and explained the need for the unification of these struggles with the international working class.

Workers, youth and the poor cannot defend their basic rights and improve their social conditions within the capitalist system. They must fight for a workers’ and peasants’ government that will implement socialist policies as part of the struggle for international socialism. The SEP is the only organisation fighting for this perspective.