Nearly six months after a rapidly burning fire claimed the lives of five people, including three children, Woodford County prosecutors in Illinois charged 9-year-old Kyle Alwood with five counts of murder, two counts of arson and one count of aggravated arson. While prosecutors did not speculate on the relationship between the accused and the victims when announcing the charges Tuesday, earlier reporting identified the child as a relative of the victims.

The state prosecutor’s decision to charge the child with murder is the latest example of US authorities subjecting thousands of children each year under the age of 10 to the same treatment as adults accused of violating the law. According to FBI statistics, 3,500 children under the age of 10 were arrested by police last year.

In many European countries, including Germany, 14 is the youngest a child can be held criminally responsible for a crime. In the United States, however, there is no uniform standard. In twenty-four US states, juveniles, regardless of age, can be charged as an adult for alleged crimes. 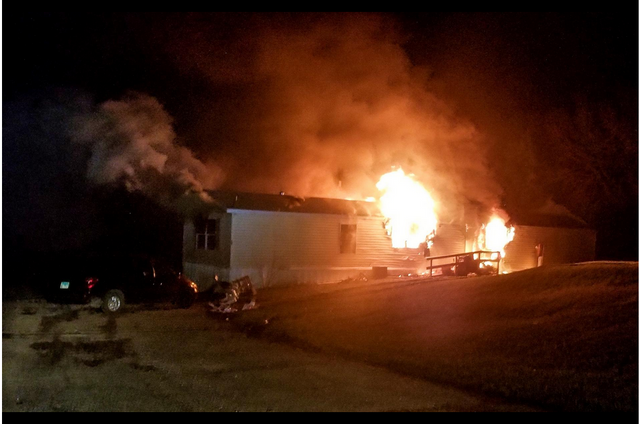 According to the AP/USATODAY/Northeastern University mass murder database, the last time a child in the US as young as nine has faced murder charges was in 2006. Woodford County State’s Attorney Greg Minger said the decision to charge the elementary school student with murder, “was a heavy decision,” but, “ ...I just think it needs to be done at this point, for finality.”

Finality for whom, the state attorney did not specify, nor did the prosecutor state if he consulted with surviving family members on the state’s decision.

The child will face a bench trial before a judge, without a jury. Since the minimum age for juvenile detention in Illinois is 10, Minger reassured the Peoria Times that the boy would not face incarceration. Instead, if convicted, he faces a minimum five years of probation, including court ordered psychological evaluation, therapy and counseling.

Minger’s decision is a testament to the criminality, bankruptcy and cruelty the US criminal justice system is prepared to inflict on the working class. This is the same so-called justice system that turns a blind eye to mass murder, torture and fraud committed by war criminals such as George Bush, Dick Cheney, Barack Obama and Donald Trump, while incarcerating thousands of immigrant children in concentration camps along the southern border, in addition to hundrends of thousands of youth imprsioned in juvenile detention centers throughtout the country for the crime of roughhousing or missing school lunch payments.

As is obvious to any child psychologist or pediatrician, nine-year-old children do not have fully developed brains and as such are not capable of forming “murderous intent.” In an interview with the Chicago Sun-Times Gus Kostopoulos, a former prosecutor, further elaborated, “Nine-year-olds don’t know that Santa Claus doesn’t exist. They don’t know people die and don’t come back to life. I don’t know if 9-year-olds can form intent to commit murder.”

While some of the circumstances surrounding the fire have yet to be released, many details of that night are already known from surviving family members such as Katie Alwood, mother of Kyle Alwood and two of the deceased children.

The trailer was located in the Timberline Mobile Home Park, roughly twenty miles east of Peoria, and was home to the Wall family. Inside the the double-wide lived Katie, her son Kyle, from a previous relationship, her fiance Jason Wall, 34, and their two children, Daemeon, 2, and Ariel Wall, 1. Katie’s maternal grandmother, Kathryn Murray, 64, also lived in the trailer with the family, helping to raise the children. Daemeon had been diagnosed with autism, Ariel was deaf in one ear and Kyle had been recently diagnosed with schizophrenia, ADHD, and bipolar disorder.

Katie spent most of her time at home raising the children while Jason earned money by driving a truck and working at a local Goodfield gas station. Jason, a discharged Army veteran, had three separate deployments during his eleven years in the military. While Jason did what he could to earn a living, his passion was in engineering. He told Katie that he hoped to one day make enough money selling his various inventions, which he stored in a fireproof safe, to be able to afford a “house and a big truck” for his family.

Katie’s mother, Lori Alwood, and her husband Mike Alwood, lived in the trailer next door. They had another daughter, Sara Alwood, 21, who also had a daughter, Rose Alwood, 2, a cousin to the Wall children who would frequently spend the night next door with her cousins. On the evening of Saturday April 6, the Walls were hosting a family sleepover when the smell of smoke alerted Katie and Jason to a fire.

It was shortly before 11 p.m. when the fire alarm began to blare; Jason and Katie quickly raced to the furnace and were overwhelmed by the billowing smoke. As they began to ascertain the source of the fire the furnace exploded, sending Katie flying backwards unconscious. She regained consciousness as Jason pulled her to her feet, leading her outside the trailer home. “Jason dragged me out,” Katie told the Peoria Journal Star. “I shouldn’t be here today.”

As Katie regained her faculties in the yard outside the trailer she saw her son Kyle racing over to his grandma Lori’s trailer, banging on their door for help. Lori recalls being awakened by Kyle at the door, pleading, “The house is on fire! Help!” Lori quickly dialed 911 emergency services before she and her husband Mike raced outside and witnessed a towering inferno, which quickly engulfed their neighbors’ home within minutes.

Jason ran back inside the trailer to try and rescue the children still trapped or asleep inside. Katie recalled to the Star that she could hear Jason calling out their children’s names, at one point exclaiming, “I’ve got the baby,” most likely referencing young Rose. Sadly, however, neither Jason nor anyone else still trapped inside—Daemon, Rose, Ariel or Kathryn Murray—would emerge from the flames.

By the time firefighters from the Eureka-Goodfield Fire Protection District arrived the trailer was fully engulfed. While the firefighters were able to extinguish the flames quickly, the Woodford County Coroner’s Office was able to declare by 11:55 p.m., almost exactly an hour after the fire alarms went off, that all inside perished due to smoke inhalation. Daemon and Ariel were found in their beds, in the same position in which they had fallen asleep, while Jason was found on the floor with Rose next to him.

While state authorities search for “finality” in the burned out trailer by pinning the blame on a child for the death of his family, and therefore staining his life with murder charges, the real source of this tragedy lies, not in the hands or the underdeveloped brain of a 9-year-old, but instead in the thieving hands of the ruling class. The capitalist system has stolen trillions of dollars of wealth from the working class, resources that could have been used to provide adequate safe housing and healthcare services for everyone on the planet.

Precarious trailer park living is a common experience for millions of Americans who are unable to afford traditional housing. According to apartmentlist.com, roughly 17.7 million Americans, approximately 5.6 percent of the population, are forced to choose this cheaper and more dangerous alternative. Throughout the US Midwest and South, trailer or manufactured homes, are often the only affordable choice for rural residences and families that have been priced out of the larger cities.

In addition to being more susceptible to weather phenomena such as hurricanes, tornadoes, thunderstorms, flooding, snow and extreme cold compared to typically housing, manufactured and trailer homes, especially older models, are tinderboxes that can quickly erupt in flames in the event of a fire. While some safety standards were introduced in the 1970’s to try to curtail deaths due to fire in mobile homes, poor heating and insulation force many to rely on dangerous space heaters in colder weather.

“Everyone is looking at him like he’s some kind of monster, but that’s not who he is,” Katie Alwood told CBS News about the murder charges against her son, “People make mistakes, and that’s what this is. Yes, it was a horrible tragedy, but it’s still not something to throw his life away over.”