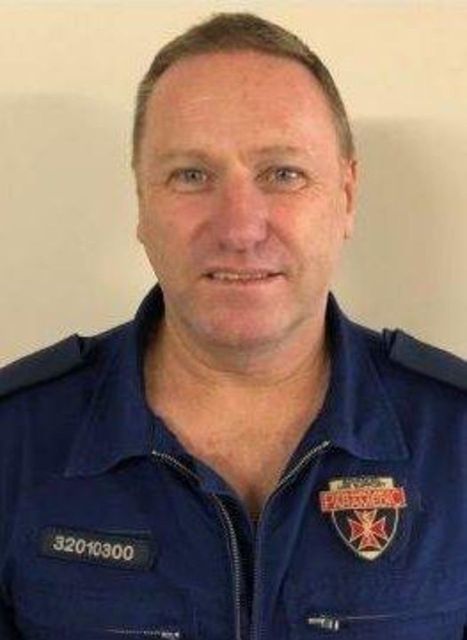 Jenkins committed suicide on April 9, 2018, two hours after attending a meeting with senior managers, to which he was called mid-shift and without advance notification. He was not informed about the nature of the meeting, nor provided with a witness. The two managers who conducted the meeting took no minutes of the discussion and did not record it, despite alleging that Jenkins had stolen fentanyl, to which they asserted he was addicted. Jenkins’ autopsy and toxicology results revealed there was no fentanyl, alcohol or other drugs in his system. Jenkins’ family assert that the meeting and the allegations triggered his suicide.

Barrister Kylie Nomchong’s report found there was “a failure in the decision-making process” about the nature of the meeting, the policies to be applied and “the manner in which Mr Jenkins’ legal rights and welfare were to be protected.” It also found that, while the managers asked Tony about his welfare, the meeting’s file notes were written “inappropriately” and “retrospectively” drafted after Jenkins’ death “to over-emphasise those welfare steps.”

Nomchong’s brief was to establish whether NSWA should conduct its own investigation into the conduct of its staff on April 9. Her report recommended such an inquiry. NSWA has supposedly carried out the recommended inquiry and disciplined senior staff but family members have been denied the right to know who was disciplined or what the sanctions were.

On June 6 this year, NSWA gave Jenkins’ widow Sharon Jenkins only a summary of Nomchong’s report. The family was told it was “not entitled” to the full report despite the investigation being commissioned because of its concerns and complaints about the conduct of NSWA managers and senior staff on the day, and the subsequent response of NSWA executive management.

In September last year, the family had received a NSWA Root Cause Analysis (RCA) report, which examined “the circumstances whereby a paramedic inappropriately accessed restricted medications from NSW Ambulance over a protracted period of time, and the subsequent management of the matter once identified.”

The family sent more than 270 questions about the RCA report to NSWA last October. One question was “why the RCA is examining ‘inappropriately accessed restricted medication’ when it has not been proved or established that Tony Jenkins accessed restricted medication.” This allegation—that Jenkins stole 44 vials of fentanyl from four different ambulance stations—has neither been proven nor withdrawn.

Despite the fact Jenkins had worked the Sunday day shift but not the previous five days, it has never been explained how he could have carried out this scale of medication theft in one day. The family has been denied access to a restricted medication safe access code report, which was cited in the RCA report as the basis for accepting the allegation.

The RCA report also alleged that “Paramedic A [Jenkins] handed over to the managers two syringes which the paramedic stated contained morphine.” In response to the family’s letter questioning the RCA report’s conclusions, NSWA admitted the statement was false. Acting Director of Clinical Governance Scott Deeth wrote to NSWA chief executive Dominic Morgan: “This description of events is in error. The RCA team records do not indicate that Paramedic A ever handed over the vials to the manager.”

In a letter to Sharon Jenkins in June, Morgan said the “regrettable error” was the result of a drafting “mistake.” How such an “error” could have occurred in a report that took four months to complete and which the family was informed had been delayed to ensure its accuracy, has not been explained.

Many of the 28 pages of the family’s questions on the RCA report remain largely unanswered, on the pretext that the information is subject to other investigations.

The Nomchong report’s medical summary states that Tony was diagnosed with post-traumatic stress disorder in 2004 following a “violent and threatening situation during a work call-out.” His condition was exacerbated by being sent to the same address on his return to work. Nomchong highlights Jenkins’ doctor’s report that he was “frustrated with being exposed unnecessarily to dangers at work” and angry at NSWA over “constant exposure and inadequate information provided to officers.”

Sharon Jenkins told the WSWS her husband’s “medical records … make it clear he wasn’t suicidal.” Sharon’s sister Belinda said that while there had been findings of misconduct there was no explanation as to what the misconduct was or who committed it.

While Jenkins had been prescribed drug therapy for depression, with positive results, by the end of December 2017, his doctor reported that he made no mention of depression in his consultations with her and was not taking other medications.

The Newcastle Herald reported: “The summary of Mr Jenkins’ interactions with Hunter [region] doctors and hospitals and NSW Ambulance employee services ‘clearly shows he used the services offered to him’ and raised questions about allegations he self-medicated with Fentanyl taken from Hunter ambulance stations.”

The disciplinary action against senior managers is at odds with the RCA report, which identified systemic deficiencies. That document said, “the absence of a robust framework for managing critical internal incidents contributed to the deployment of less experienced staff, with no clearly defined responsibilities, to support local zone management.” It added that such a “robust framework” and the appointment of a Critical Incident Team “would provide timely consultative decision making to ensure effective and efficient incident management.”

With the 18-month anniversary of Jenkins’ death looming, the situation remains that the only information provided to his loved ones has been the result of their sustained campaign for the truth.

In June 2018, without directly referring to Jenkins, NSWA CEO Morgan issued an apology to all NSWA paramedics for “not always looking after its staff as well as it should have.” Morgan said the service had “terribly let down some staff, and others we have completely failed.” In July 2018, some three months after Jenkins’ death, Sharon and her daughter Cidney held a protest outside Hamilton Ambulance station, demanding to be provided with the file notes of the April 9 meeting, which they had requested on multiple occasions. The notes were forwarded almost immediately. In October 2018, Sharon and older daughter Kim held another protest to demand an apology and reversal of CEO Morgan’s statement, issued without evidence, that Jenkins was a drug addict. That apology was issued within days of their protest. 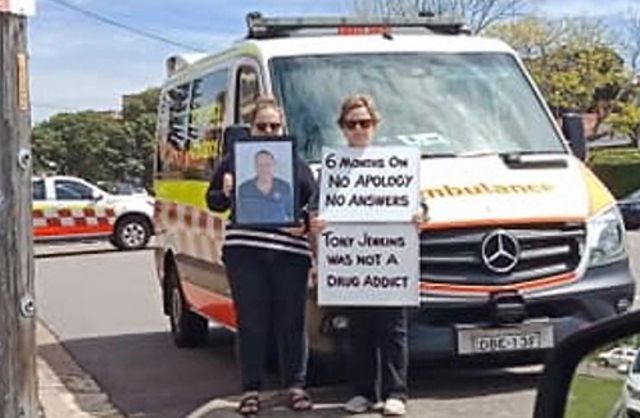 Family members have been forced to conduct this action alone due to their complete abandonment by, and the silence of, the trade unions that cover NSWA staff and paramedics. The Health Services Union and Australian Paramedics Association have yet to issue a statement regarding the courageous campaign conducted by the Jenkins family.

The family is calling for a public coronial inquest where all the information pertaining to Jenkins’ death is made available. This should coincide with wide discussions among paramedics and health workers about the conditions facing all health workers. As Sharon Jenkins told the WSWS: “[T]here are a lot of Tony’s around who have experienced work-related trauma.”