The strike is the first work stoppage to hit the heavy truck company in over 35 years, a further demonstration of the return of the class struggle. Strike statistics for this year have already shattered 2018 levels, which, driven by a wave of public teachers strikes, were the highest in the United States since the 1980s. 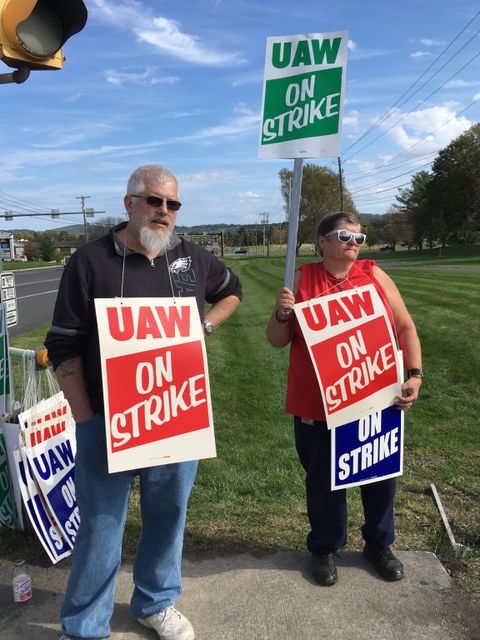 The two American automotive strikes are part of an international movement of the working class against austerity. They were preceded by the wildcat strike of 70,000 auto parts workers in Matamoros, Mexico at the start of the year, and by rolling strikes at GM’s plants in South Korea last month. US auto and truck workers are being watched closely by workers across the globe, who all face similar conditions of exploitation and austerity forced on them by major corporations, Wall Street investors and their lackeys in the trade union bureaucracy.

But as with GM workers, Mack Truck workers face as adversaries not only the companies but the United Auto Workers union. Until Saturday, Volvo-Mack workers had been kept on the job by the UAW following the expiration October 1 of the previous three-year contract.

This is in spite of the fact that their brothers and sisters at GM had already been on strike since September 15th. The UAW was determined to avoid, if possible, a scenario where three of its bargaining units (Aramark maintenance workers began a strike at five GM facilities the day before GM production workers) were out on strike at the same time. This is because, in addition to draining the strike fund which the union dips into to pay the salaries of its officials, this could inspire a broader movement of the working class that could escape their control.

The union head expressed exasperation that Volvo-Mack hadn’t given “any substantial offer prior to the October 1st expiration date or during the subsequent meetings held,” noting that the union’s “goal during both periods was to reach a tentative agreement and avoid a strike.”

“We are confident that further discussion of these, and other open issues, will result in progress toward the goal of a contract that works for both the company and its employees,” Curry stated, adding that UAW officials were available to begin discussions October 21.

This is a self-indictment of the UAW. Assuming Curry’s statement is true that the company has yet to make a serious offer, why would the UAW have kept workers on the job for nearly two weeks?

The answer is that the UAW is a coconspirator with the company in the drive to force through concessions. As it has at General Motors and the other Detroit automakers, it has erected a wall of silence around its negotiations in order to enforce a sellout. As at General Motors, it will now work to shut down the strike as soon as possible.

According to Transport Topics, this year’s revenue was 20 percent higher than the prior year, at $11.4 billion compared to $9.5 billion in 2018. According to the Allentown Morning Call, Mack Truck has experienced a record 54 percent production surge in first-quarter work deliveries in 2019, partially bolstered by military contracts.

Such figures have come at a cost to the work force. “Management is the worst I have ever seen. They are gonna run that place into the ground soon. [The] union is literally no help whatsoever about anything. [Human Resources] has to be the most useless on the planet, very incompetent,” reads a typical comment on Indeed.com about the facility in Macungie Township, near Allentown, Pennsylvania, which currently employs roughly 1,500 workers.

Mack Truck CEO Martin Weissburg, formerly the president of the company’s financial services division, reacted to the strike by emphasizing in a written statement the cozy relationship enjoyed between the UAW and the company.

“The positive working relationship between local UAW leadership and management at our facilities was clearly in evidence throughout the negotiations, and progress was being made,” he stated. Despite the fact that Mack Truck “continues to compete against products built in lower-cost countries,” Weissburg insisted, “We have no plans to close any U.S. manufacturing; on the contrary, we’ve invested more than $400 million in our plants and logistics network over the last ten years, and since 2015 have insourced work that has created more than 500 jobs in our U.S. factories … We have significant new investments in both facilities and products on the way.”

Curry, the UAW official currently overseeing the Mack Truck strike, took over the position of secretary-treasurer from Gary Casteel in 2018, after the former abruptly resigned from his position following U.S. government’s ever-widening corruption probe into the union. Casteel is reportedly cooperating with federal authorities in their investigation into current UAW President Gary Jones. 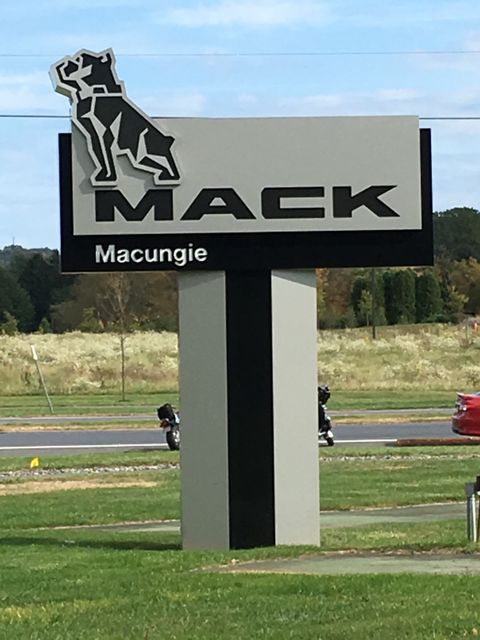 Mack Truck logo at one of the company's plants

Prior to resigning, Casteel had led the effort to witch hunt workers at the Daimler-owned Freightliner truck company in Cleveland, North Carolina in 2007 when they led a strike against a sweetheart contract worked out behind their backs by the UAW and Freightliner.

The UAW officialdom has placed a gag rule on workers at the picket lines and on social media. Terrified at the prospect of truck workers criticizing the UAW’s leadership or formulating common demands and strategy, a page administrator on UAW Local 171’s Facebook account tells workers “do not comment or ask questions on this page. Respect your local and brothers and sisters. This page is obviously well monitored by the media.”

In other words, “respect” the authority of the union and do not speak critically or seek sources of information on the struggle.

Such methods indicate that the UAW is preparing another major sellout. All the issues raised by the 48,000 striking General Motors workers must be followed closely by the Volvo-Mack strikers, who face many of the same conditions, from healthcare and benefits to demands for better paid wages and the elimination of tiers and temp workers who are kept in precarious employment without protections against exploitation.

At both companies, these conditions were imposed on workers with the collaboration of the same union, the UAW. This should lead workers to draw necessary conclusions: in order to conduct a joint strike of automotive workers, it is necessary to begin the effort to form independent industrial rank-and-file committees, controlled and organized by the workers themselves without influence from the corporation or the hated trade union.

Such a fight must also fight to unite workers internationally. Workers at Mack Truck must link up their fight with Volvo workers across the globe as well as with their brothers and sisters in General Motors, Ford and Fiat Chrysler. They must also unite with workers throughout the global auto industry, including Mexican auto workers facing threats and bullying from GM while the American workers strike.

Mack Truck workers must prepare to take the conduct of the struggle out of the hands of the UAW and draw up demands for wage increases, health benefits, job protections and workplace security, including the elimination of tiers and rehiring of all victimized workers.