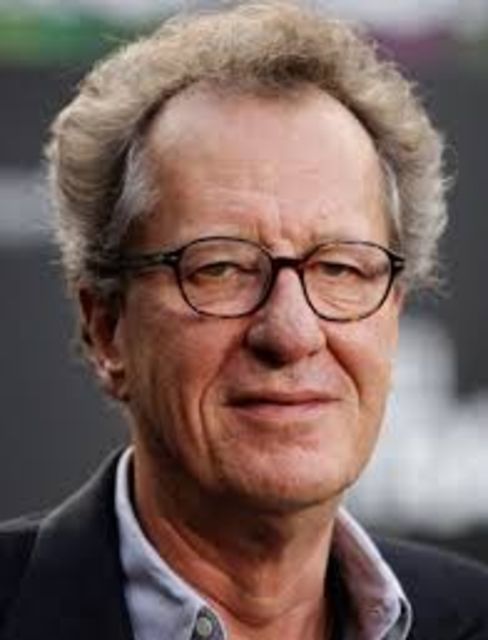 Last April, following a three-week trial, Justice Michael Wigney found that the Murdoch-owned newspaper, part of the Nationwide News stable, and its journalist, Jonathon Moran, had defamed Rush, by publishing accusations that he had behaved “inappropriately” towards his co-actor, Erin Jean Norvill, in the Sydney Theatre Company’s production of the Shakespearean play, King Lear in 2016–17.

The newspaper’s allegations were published against a storm of allegations in the US and Australia against prominent men in the entertainment industry. These allegations were being made, without any semblance of due process, by the newly-emerged, anti-democratic #MeToo movement.

Nationwide News’ appeal challenged Justice Wigney’s defamation judgement itself and his award of $2.9 million in damages to Rush, which, the corporate giant claimed was “excessive,” being the highest defamation payout in Australian legal history.

Tom Blackburn SC, counsel for Nationwide News, attacked Justice Wigney’s original judgement on several grounds. It was “absurd,” he said, and “cobbled together,” failing to justify such a large damages award. He also insisted that Wigney had displayed “apprehended bias,” and criticised the judge’s tone of voice in his references to Norvill—Nationwide’s only witness to its “truth” defence—as well as his reference to the newspaper’s “recklessly irresponsible journalism.”

Prior to the hearing, Nationwide News sought access to audio recordings of the trial, in order to legitimise its opposition to Justice Wigney’s “tone” when delivering his judgement.

In response to the “tone” accusation, Justice Jacqueline Gleeson explained that she had listened to the recordings of Justice Wigney, to which Blackburn had referred, but “wasn’t sure what tone I was listening for.”

She asked, “You’ll tell us what the tones are, at some point?” To which Blackburn replied, “Yes, your honour.”

Blackburn made light of the impact of the Daily Telegraph’s sensationalist attacks on the world-renowned actor’s reputation. Rush had testified that, having been branded by the newspaper as a sexual pervert and predator, he could no longer go out in public, was terrified of being scorned and had entered a mentally “very dark place.” He had no idea whether his “phone would ever ring again.” His evidence was corroborated by his wife, actress Jane Menelaus, and other witnesses.

Blackburn raised that, when Rush took the witness stand in the course of the trial, he was, surprisingly, never asked, by his own legal counsel, whether he thought he would ever work again.

Rush’s legal counsel, Bret Walker SC, also attacked Blackburn’s accusation against Rush that the actor was simply “delivering his lines” in the witness box during last year’s three-week trial, inferring that Rush had been dishonest.

Walker went on to say that if Blackburn really believed this, he should have put it to the actor during the trial, along with the issue of whether Rush thought his career was over. Yet no attempt was made to cross-examine Rush on these issues last year. Blackburn’s “will he, won’t he, work again?” argument was oriented to reducing the size of Rush’s payout.

Blackburn contested Justice Wigney’s finding that Norvill was an “unreliable witness,” who was “prone to exaggeration and embellishment.” The fact that she had made glowing references to Rush in a press conference prior to the opening of King Lear, directly contradicted her evidence attacking his behaviour towards her. Moreover, while she had initially refused to cooperate with Nationwide News in its defamatory allegations against Rush, she had eventually relented and became the Murdoch media’s key witness in the trial.

Norvill made vivid descriptions of Rush’s alleged “breast groping gestures” when he had bent down over her dead body (as Lear’s daughter, Cordelia) in a rehearsal of the final scene of the play, as well as touching her lightly on her back, while the two were waiting in the wings. No one on stage with Rush and Norvill at the time corroborated this evidence.

Norvill’s accusations and contentions were challenged by Rush’s barrister Bret Walker. Ms Norvill, he said, was the only witness to the newspaper’s “truth” defence, yet her evidence was contradicted by “key witnesses,” including experienced cast members Helen Buday, Robyn Nevin and director, Neil Armfield.

“You’ve got Mr Rush impressing the judge as honest and you’ve got Ms Norvill. They can’t all be accepted,” Walker declared.

The most serious allegation made by Nationwide News was its accusation against Justice Wigney of “apprehended bias.” Justice White had raised early on Monday that this was “a very serious submission to make.” Blackburn responded, “It is a very serious matter, your honour. I don’t treat it other than serious.” If true, it would have undermined the entire trial and cast aspersions over Justice Wigney’s conduct of it.

A few hours later, Blackburn asked for a 10-minute adjournment and left the court, returning just before the session was due to close, to make an extraordinary about-face, reporting that he was no longer pressing “the apprehended bias part of the appeal.”

Following the withdrawal of the allegation, Walker told the hearing that he had “come prepared to meet that very serious allegation,” describing it as “slur both on the trial judge and the cogency of the vindication my client [Geoffrey Rush] has enjoyed in the court below.”

Walker insisted that it was an “extremely serious step” to persist in a ground of appeal, then describe it as no longer needed, rather than withdrawing it altogether from the court record.

The two-day hearing underscored the lengths to which Nationwide News was prepared to go to ensure the exoneration of its defamatory articles and the lifting of the associated $2.9 million financial penalty.

It also demonstrated, once again, that where #MeToo-inspired cases, involving sexual allegations, are exposed to due process—i.e., a transparent trial, the public submission and testing of evidence, freely presented by all parties to the dispute, success for the complainants has rarely, if ever, been achieved.

The judges deferred their decision to a later date.

A blow to the #MeToo sexual witch-hunt: The ignominious collapse of the case against actor Kevin Spacey
[19 July 2019]