The New York Times reported Thursday that Michael Bloomberg, the billionaire ex-mayor of New York, is taking steps toward running for the Democratic Party 2020 presidential nomination.

The newspaper cited Bloomberg aide Howard Wolfson as saying: “Mike believes that Donald Trump represents an unprecedented threat to our nation. We need to finish the job and ensure that Trump is defeated—but Mike is increasingly concerned that the current field of candidates is not well positioned to do that.” 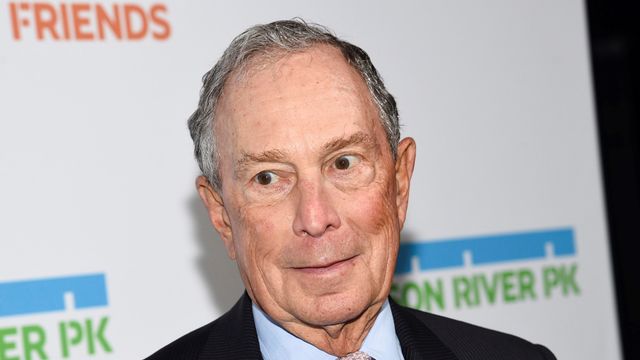 Bloomberg reportedly filed on Friday to run in the March 3 Alabama Democratic primary. That contest, one of 14 taking place on what is known as “Super Tuesday,” has the earliest filing deadline of any state primary. The next deadline is November 13 for the New Hampshire primary, which is the second contest in the primary season, following the Iowa caucuses in February.

Press reports say Bloomberg has not made a final decision on whether he will join the current field of 16 Democratic aspirants. But his move marks a reversal of statements he made last March ruling out a presidential bid.

As a practical matter, there appears to be little chance of Bloomberg winning the nomination for himself. He would not appear in any debate because his campaign would be entirely self-financed and therefore would not meet the requirement of 200,000-plus individual donors to qualify. Press reports indicate that he would not seriously compete in the four initial contests in February—Iowa, New Hampshire, Nevada and South Carolina—where he has no campaign organization and voting begins in less than 90 days.

But he could run in the March 3–17 primaries, which will choose nearly two-thirds of the total number of delegates to the Democratic National Convention. Using his vast fortune for campaign advertising, he could possibly win a sufficient number of delegates to give him leverage in the event of a negotiated or brokered nomination. He would use it to block the nomination of Warren or Sanders.

The very fact that a potential run by a multibillionaire ex-politician garners immediate media attention and is instantly seen as credible testifies to the immense power exercised by the corporate-financial aristocracy over American politics. Whether or not he decides to run, Bloomberg’s move is clearly calculated to shift the Democratic campaign further to the right.

The statement issued by Wolfson is an expression of skepticism toward the prospects of the current leading “centrist” in the Democratic field, former Vice President Joe Biden. While Biden still holds a lead over Elizabeth Warren and Bernie Sanders in national polls, his margin has shrunk and he is faltering in the initial primary states of Iowa and New Hampshire.

Biden’s slump and the rise of Warren, who is competing with Sanders to capture growing anti-capitalist sentiment on the basis of demagogic promises and channel it back behind the Democratic Party, is increasing the fears within the ruling elite of a rising tide of working-class struggle. Oligarchs such as Bloomberg are petrified that social opposition among workers and young people could escape the control of both big-business parties and threaten the capitalist system itself.

It is not Warren or Sanders who concern figures such as Bloomberg, Bill Gates and JPMorgan CEO Jamie Dimon, all of whom have attacked calls by the two candidates for tax increases on multimillionaires and billionaires. These long-time Democratic Party operatives are known quantities with solid records in defense of the profit system and the global interests of US imperialism. Rather, the oligarchs fear the rising wave of strikes and protests in the US and internationally that these “left”-talking Democrats are seeking to contain and dissipate.

They see in proposals for social reforms paid for by increased taxes on the rich an intolerable infringement on their prerogatives. They also see a danger of fueling popular expectations and encouraging social unrest. They want to block any expression in the 2020 elections of popular anger over social inequality.

Particularly since Warren released her “Medicare for all” plan last Friday, the outpouring of negative comments and warnings from corporate executives and media pundits has increased. In the plan, which Warren is well aware will never be passed by either big-business party, she calls for a 6 percent tax on all wealth over $1 billion to fund a government-paid and government-run universal health insurance program.

Dimon complained on the financial cable channel CNBC this week that Warren “uses some pretty harsh words” about the rich, which “some would say vilifies successful people.”

Microsoft cofounder Bill Gates, whose personal fortune of $108 billion places him second in the US behind Jeff Bezos (whose Washington Post has run a string of editorials denouncing wealth taxes, the Green New Deal and other proposed reforms) said Wednesday, “I do think if you tax too much you do risk the capital formation, innovation, the US as the desirable place to do innovative companies—I do think you risk that.”

Last January, Bloomberg, whose net worth is $53 billion, said an earlier proposal by Warren to tax wealth above $50 million at two percent was “probably unconstitutional.” Echoing Trump’s antisocialist propaganda, he warned that seriously pursuing the plan could “wreck the country’s prosperity” and pointed to Venezuela as an example of the supposed failure of “socialism.”

New York Times columnist and multimillionaire financier Steven Rattner published an op-ed piece this week headlined “The Warren Way Is the Wrong Way.” Defending the “free enterprise system,” he wrote: “Thanks for providing us, Ms. Warren, with yet more evidence that a Warren presidency is a terrifying prospect, one brought closer by your surge in the polls… Many of America’s global champions, like banks and tech giants, would be dismembered. Private equity, which plays a useful role in driving business efficiency, would be effectively eliminated.”

Rattner was appointed by Obama to head his Auto Task Force in 2009, where he imposed an across-the-board 50 percent pay cut on new-hires at GM and Chrysler, along with thousands of layoffs and cuts in retiree benefits. He was forced to leave his post on the auto panel when he was cited on corruption charges by the Securities and Exchange Commission.

Bloomberg’s political career has demonstrated the fundamental identity between the two corporate-controlled parties that comprise the US two-party system. He has changed parties almost like he changes business suits.

Bloomberg was a Democrat until 2001, when he reregistered as a Republican to run for mayor of New York City because he could not win the Democratic primary. He was reelected as a Republican in 2005, reregistered as an independent in 2007, and won reelection in 2009, in a campaign in which he spent $70 million, a staggering sum for a mayoral race. He remained an independent until October 2018, when he reregistered as a Democrat, although he endorsed Hillary Clinton in 2016 and had a primetime speaking role at the Democratic National Convention.

Besides spending more than $200 million of his own money to get elected three times in New York, he poured over $110 million into the 2018 Democratic campaign to help the Democrats take control of the House of Representatives, and he has pledged to spend $500 million in the 2020 elections.

A liberal on so-called social issues such as abortion and the environment, as mayor of New York, the home of Wall Street, Bloomberg oversaw a massive further redistribution of wealth from the bottom to the top. His personal wealth has more than tripled since he first became mayor in January of 2002.

He continued the brutal “stop and frisk” policing policy imposed by his predecessor, Rudy Giuliani, and imposed concessions on school bus strikers who struck in 2013.

This is the man praised by Christopher Hahn, a former aide to Senate Minority Leader Charles Schumer of New York, on Fox News’ “The Ingraham Angle” program. Hahn, now a “liberal” radio host, called Bloomberg an “excellent mayor for the city of New York,” and added that he “might be just what the doctor ordered to shake this thing up right now.”