Canada’s Liberal government has abetted and endorsed the US-backed military coup in Bolivia that led to the forced resignation Sunday of the country’s president, Evo Morales, and numerous other elected officials.

The coup, triggered by right-wing elements within the military, has unleashed a wave of terror and violence by heavily armed police and military units, as well as fascistic opponents of Morales, against largely defenceless workers and poor peasants. 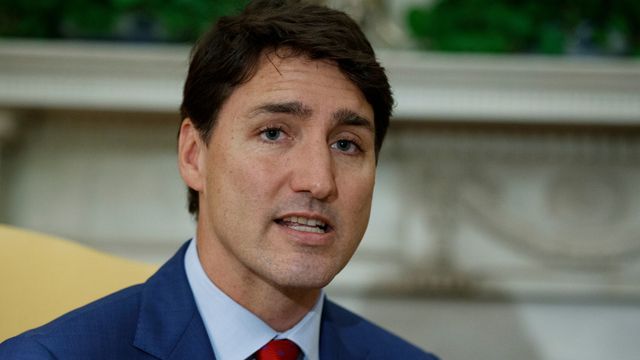 “Canada stands with Bolivia and the democratic will of its people,” declared Foreign Minister Chrystia Freeland with consummate cynicism. “We note the resignation of President Morales and will continue to support Bolivia during this transition and the new elections.”

Freeland’s bogus invocation of “democracy” is of a piece with the hypocritical statements of the fascistic US President Donald Trump, who applauded the military’s overthrow of Morales as a “significant step forward for democracy” in the Americas. Moreover, it is all the more duplicitous given Canada’s role in helping to incite antidemocratic coups and regime-change operations across the region, from Haiti in 2004, to Honduras in 2009, and Venezuela earlier this year.

The reality is that Bolivia now stands on the brink of civil war, with the military and far-right gangs cracking down on all political opposition from workers and peasants, including with live ammunition and violent physical attacks.

The Trump administration has rushed to recognize the legitimacy of the self-proclaimed, military-backed president, Jeanine Añez, whose election in the Congress lacked a quorum due to a boycott by Morales’s supporters. Canada has yet to officially recognize Añez, who is notorious for her hostility to Bolivia’s indigenous population, as president of what is South America’s poorest country. However, a Global Affairs Canada (GAC) official said Thursday that Ottawa will work with Añez’s administration. “Canada supports an institutional solution that will allow for a temporary caretaker administration to prepare for new elections and avoid a power vacuum,” GAC spokesman John Babcock told CBC.

Canada’s Liberal government did not merely welcome the coup from afar. It played a not insignificant role in facilitating it. Following Bolivia’s Oct. 20 presidential election, Ottawa quickly sided with Morales’s right-wing opponents and the Trump administration in declaring the re-election of Bolivia’s president to a fourth term invalid due to voter fraud. It also used its considerable influence in the Organization of American States (OAS) to push for a so-called audit of the results. In a separate statement, last weekend Freeland confirmed that Canada partially financed the audit and also supplied it with its “expertise.”

Underscoring that the audit was nothing more than a thinly veiled pretext to topple Morales, Freeland’s foreign ministry, officially known as Global Affairs Canada, released a statement October 29 declaring the opposition’s allegations of voter fraud to be a proven fact and announcing that Ottawa would not recognize Morales’s government until a further election was held. This was two days before the OAS audit even began.

The coup plot pursued by US and Canadian imperialism was facilitated by the criminal policies of the “left” nationalist Morales government. Claiming his main concern was the need to defend democracy and secure peace, Morales welcomed the 90-person team of OAS auditors to Bolivia, which as the WSWS noted effectively placed the fate of his government in the hands of the US State Department. His subsequent departure leaves his supporters and millions of workers and peasants across Bolivia at the mercy of military death squads and fascist thugs. This underscores the bankruptcy of “left” nationalists like Morales, who were hailed internationally by pseudo-left groups as part of a “pink tide” in Latin America.

Canada’s role in the Bolivian coup attests to its close and ever-deepening military-strategic partnership with US imperialism. Like the Democrats and Republicans in Washington, the Liberals and Canada’s ruling elite are determined to maintain US and Canadian imperialist domination over a part of the world that is increasingly becoming an arena for great-power competition and conflict. “Left” nationalist figures like Morales and Venezuela’s Hugo Chavez took advantage of a commodity price boom in the early 2000s to encourage investment and woo financial assistance from China and Russia.

Billions of dollars in investments and profits are at stake. Across the Latin American region, Canadian corporations have major business interests, above all in mining and other resource extraction industries. In Bolivia’s neighbour to the southwest, Chile, which concluded a free trade agreement with Canada in 1997, Canadian companies have some $17.1 billion in investments, making it the largest destination for Canadian capital in Latin America.

Revealingly, when Trudeau spoke with the widely despised Chilean president, Sebastian Piñera, by telephone two weeks ago, he voiced no opposition to the government’s vicious crackdown against the mass protests currently sweeping that country. Brutal police repression has left several protesters dead, and caused at least 180 people, including children, to lose eyes. But Ottawa’s readout of Trudeau’s discussion with Piñera does say that Canada’s prime minister raised with the far-right Chilean billionaire Ottawa’s “concern about election irregularities in Bolivia”—i.e. conferred with him on how to press for Morales’s ouster.

Canadian investments in Bolivia are among its lowest in South America, principally due to tensions with the Morales government. In 2012, Morales nationalized a mine belonging to Vancouver-based South American Silver Inc. after protests by indigenous groups were attacked, leading to the death of an activist.

In recent years, Morales and his MAS government pleaded for Canada’s mining companies to make investments, boasting that they were offering concessionary terms akin to those offered miners in Canada and the US. In 2018 and 2019, the government gave the go-ahead for several Canadian mining operators to explore or operate new sites. Nevertheless, total Canadian investment in Bolivia currently amounts to just over $300 million, according to a Canadian government factsheet.

With the military now ruthlessly repressing popular opposition and the most right-wing ruling-class forces in ascendance, Canadian big business will be licking its chops at the prospect of getting its hands on Bolivian mining operations, which account for around a third of the country’s total exports.

The Canadian ruling elite’s readiness to sanction military coups and the violent repression of popular opposition to secure its imperialist ambitions has been shown time and again across Latin America and the Caribbean, under Liberal and Conservative governments alike. In 2004, the Liberals sent military forces to Haiti to support the US-orchestrated ouster of the country’s elected president, Jean-Bertrand Aristide.

Fifteen years later, Canada is helping keep the notoriously corrupt regime of Haitian President Jovenel Moïse in power, in the face of massive, sustained public protests driven by hellish social conditions. Protesters, who are also demanding that Moïse be prosecuted for the extrajudicial killing of political opponents, have specifically denounced Canadian imperialism’s role in the Western hemisphere’s poorest country.

Following the US-instigated coup that toppled Honduran President Manuel Zelaya in 2009, Canada provided international legitimacy to the newly installed military regime through its sponsorship of a bogus “reconciliation” commission. Meanwhile, the military junta launched a campaign to terrorize political opponents, including by murdering and disappearing trade unionists and other activists.

Canadian imperialism continues to play an important role in Washington’s attempt to overthrow Venezuelan president Nicolás Maduro. Through its leading role in the so-called Lima Group, an alliance of right-wing, pro-US OAS governments, Canada has helped provide an international platform for leading Trump administration officials, including Vice President Mike Pence, to issue blood-curdling threats of a military onslaught on the poverty-stricken country.

Additionally, Canadian diplomats and officials connived behind the scenes with the country’s far-right opposition, to unite behind little known National Assembly speaker Juan Guaidó and encourage him to declare himself president in January. While an attempted coup by Guaidó’s supporters later failed, Canada continues to recognize him as Venezuela’s legitimate president and promote him as a “democratic” beacon.

This reactionary record makes a mockery of the claims of Trudeau and Freeland to be standing up for “democracy” and “elections” in Bolivia. To the extent that this preposterous propaganda campaign retains any credibility, it is thanks to the efforts of the New Democratic Party and the trade unions, which never tire of proclaiming Trudeau’s Liberals to be a “progressive” alternative to the right-wing Conservatives. NDP leader Jagmeet Singh, who met with Trudeau yesterday to discuss the NDP’s terms for propping up a Liberal minority government, has not said a word about Ottawa’s support for the coup in Bolivia. This is a case where silence denotes consent.

Workers in Canada must take the Trudeau government’s implication in Bolivia’s military coup and the ongoing US-led regime-change drive in Venezuela as a serious warning. A ruling elite that is prepared to employ such ruthless methods to secure its investments, markets, and raw materials internationally will not shrink from deploying them at home.